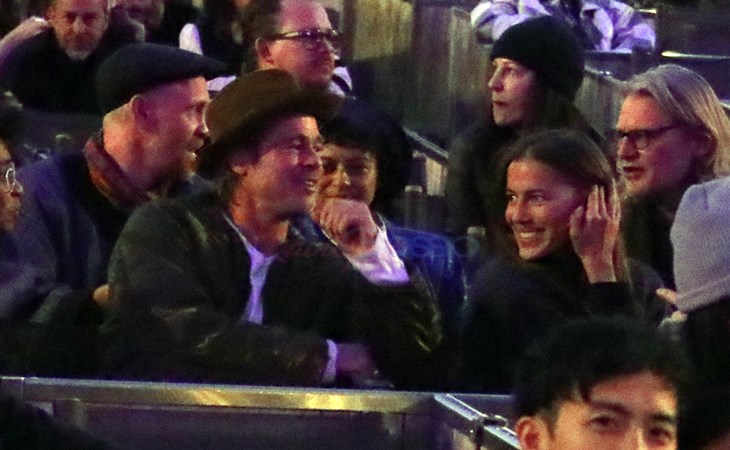 As posted yesterday Brad Pitt was photographed this week arriving in France and heading to Chateau Miraval with his presumed new girlfriend model Nicole Poturalski. Now everyone wants to know about Nicole. She’s 27 years old. Brad is 56. She has a son. She currently covers the September issue of ELLE Germany:

So the big winner in all of this is ELLE Germany, ha.

But how long have they been together? Is this fresh or was it happening while we weren’t paying attention? As many people online have now put together, and as many of you have emailed me about, it seems like while everyone was wondering whether or not Brad was with Alia Shawkat, he may have actually been with Nicole.

Here are Brad and Alia at Kanye West’s Sunday Service in November. At the time, nobody caught on that it was Nicole, seated beside Brad, who was the real romantic target:

In retrospect, we are all idiots. Because we should have known. Middle-aged Hollywood movie star, divorced, sitting beside a much younger model? Come on. In a town full of clichés, we should have smelled this a long time ago. That said, some people were also distracted by the prospect of Brad getting back together with Jennifer Aniston, especially after the SAGs. And what did your useless pining do for us? NOTHING. In fact, it made us all drop the ball!

Anyway, people are now wondering whether or not Nicole’s been dropping hints on Instagram. Here’s what she posted in February:

“My love.” Does she mean Brad? Or someone else? If she meant Brad…does that mean he has a secret Instagram account? I am not about to go through her following list to find that out because I’m sure someone else already has and we’ll find out soon enough.

Like most Instagram accounts, Nicole’s page is full of selfies and very attractive photos, some of them NOT selfie-style but kinda arty. Like… this one from a month ago.

This one isn’t arty but she didn’t take it herself:

Who’s behind the camera then? A friend? Sure. A boyfriend? Well, she has one. His name is Brad Pitt. And he likes taking pictures. Leonardo DiCaprio is now an Instagram boyfriend. Who says Brad Pitt can’t be one too? You think he’d rather us be talking about that than why Angelina Jolie’s lawyer wants to disqualify the private judge in their divorce case for a conflict of interest? What? No. Brad Pitt never manipulates the media. This is all the paparazzi’s fault. Why would he want us to know he’s dating a model?! 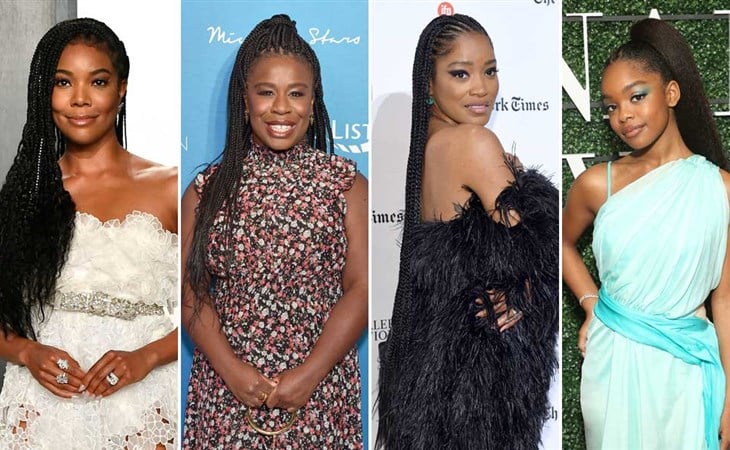