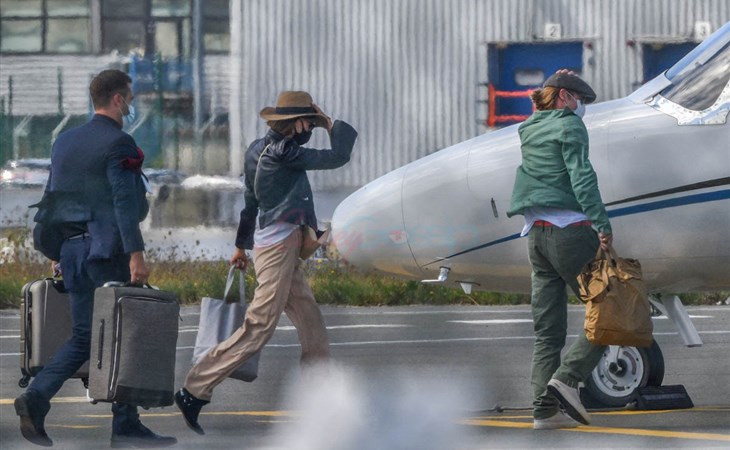 Brad Pitt, apparently, has a new girlfriend. She’s been identified by OK! Magazine as Nicole Poturalski, a German model. OK! is citing sources telling them that Brad and Nicole were seen kissing but I feel like the sources were the paps because there are a couple of sets of shots of them at Le Bourget airport in France before heading to the South of France and Chateau Miraval. According to OK!:

“Before catching a private jet from Paris to Pitt’s magnificent chateaux in the south of France, the pair acted like “loved up teenagers,” a source exclusively tells OK!. “They were kissing and Brad was being super attentive to her. He was in a semi public place but didn’t seem to mind people seeing him. She’s a real beauty and obviously a lot younger than him.”

The timing isn’t though. Because Brad, as we know, has been in the headlines recently with Angelina Jolie as she’s asking for the private judge in their divorce case to be disqualified over a conflict of interest. Brad’s side has disputed that it’s an issue and has accused Angelina of trying to draw out the divorce because she’s not getting what she wants.

Now, suddenly, we’re finding out that he has a girlfriend.

It’s been years since we’ve seen him photographed with his kids – and supposedly he spends all kinds of time with them. What an amazing feat of paparazzi-ing that they were able to get these shots, non?

Brad, as we know, fronts like he doesn’t use the media to push his own favourable narratives. And he’s ostensibly all about that “private” life. So, you would think, he’d not want any reporting on his situation with Nicole. But…

His situation with Nicole could possibly be helpful in perpetuating the idea that Angie is bitter and refuses to let him go, especially now that he’s with a younger woman. The bitter bitch ex is a popular stereotype and those who have been firmly anti-Jolie would only be too eager to take it from Angie’s bad girl vixen character to this one, as bullsh-t as it is.

And, of course, there’s the swagger factor. You know, that Brad Pitt still has it. And can now double date with Leonardo DiCaprio.

But it must be a big blow to those of you – why?! – who were hoping that Brad and Jennifer Aniston would end up together.

PS. I’ve been googling Nicole’s photos. Hate to say it but… she does look a little like Angelina from certain angles, non? It’s the mouth and the nose, I think. 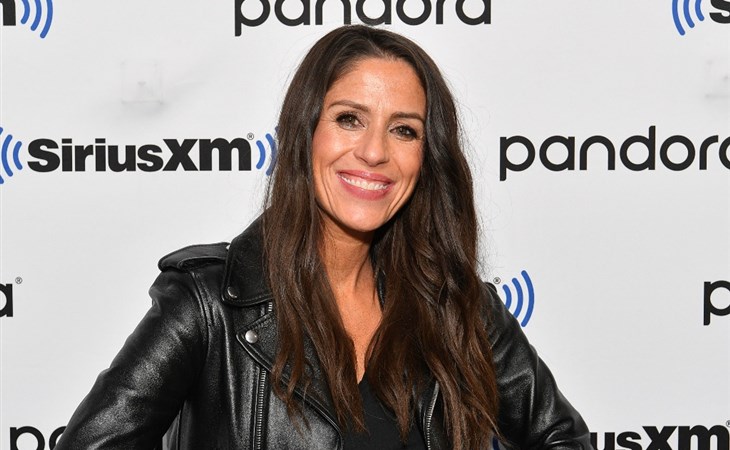