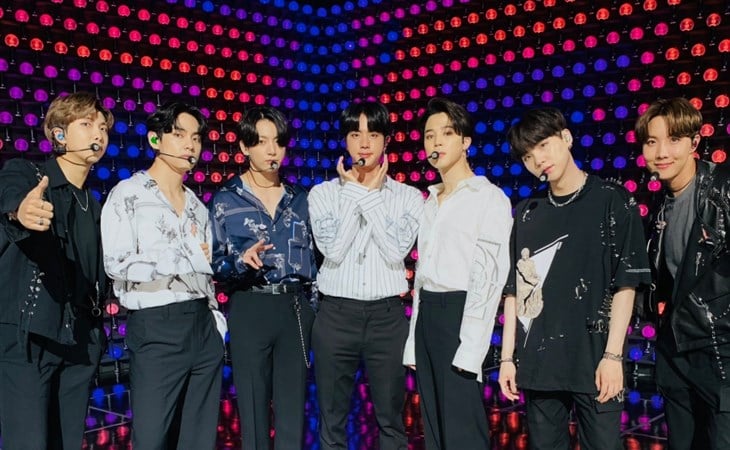 COVID-19 has disrupted every industry and where the entertainment industry is concerned, even though musicians are in a better position to release new content than those in television and film, it’s the live experience that artists are still trying to figure out and how to make technology work in the now-time to accommodate audience connection until we’re all able to safely gather in large crowds.

The pandemic, for the most part, took everyone by surprise. This is why the early weeks of quarantine were such a scramble. Of course we’ve seen examples of creativity, with industry professionals adapting to the situation by reallocating resources and imagining new ways of reaching viewers and fans but, really, there’s been no act quite as prepared for disruption as BTS.

On Sunday, BTS delivered a virtual pay performance live for 100 minutes. According to their label, Big Hit, Bang Bang Con: The Live attracted an audience of 756,000 in 107 countries and territories, a new record. This band is constantly setting new records. I was one of those people who got up stupid-in-the-morning and paid $50 Canadian to watch, higher than what fan club members pay. So if we average it out to around $35 per ticket, that’s about US$26 million in revenue, more money than almost everyone else is making in the entertainment industry right now. Everyone else is losing money. Meanwhile BTS is out here printing their own bills. If the music industry in the west is not paying attention to this, they’re not doing their jobs.

So here’s how it worked, for those of you who didn’t buy a ticket (seriously, how long do I have to keep yelling at you to open up your life to be taken over by BTS?) – after ticket purchase, a link was provided to a website with a log-in requirement. Once you logged in you were brought to a page with multiple screens featuring multiple camera views and all you had to do to switch views is tap on the square that you wanted to be the prime focus. Or tap it again to go full screen.

They started pretty much exactly on time. They came out through seven separate doors along a corridor ending up on one stage, singing and dancing live. But from there they moved around every few songs to different sets for a total of six sets by the end of it. And during breaks they integrated their own sponsorships – Samsung, Chilsung (a soda drink), and their clothing line (which is now sold out) – so it was money on top of money.

For a first crack, the production was pretty slick. There were some audio syncing issues that they seemed to be able to troubleshoot in real time but for the most part, for something this ambitious, and this innovative, the concert was glitch-free. It was impressive and it was sophisticated. After all, they have the tech for it.

Beyond the technology though, live performance is about energy, especially critical without a live audience. Performing artists feed off an audience, hearing the crowd cheer, scream, sing along. That soundstage was full of people, obviously, but it’s not like they could replicate the vibe of BTS’s ARMY. And yet… somehow it worked, and the reason it worked is because BTS is so well-rehearsed and strategically organised, the show felt like a concert and a music video all at the same time. When they were singing and dancing, the set design and the choreography were so well delivered (with multiple camera views, remember) that you almost didn’t need the audience buzz. And then, when they stopped down, they kept the audio up so that you could hear them breathing hard, trying to catch their breath, which put the viewer right back into live mode.

These are the tiny details that BTS and their team put into their presentation that make all the difference. And then, of course, in between songs, they gave their fans what they’ve been doing for the last seven years since their debut – candid banter with seemingly no agenda or scripting, banter that would go on for several minutes, so that the show played like not just a concert but a group vlog, not unlike what they do on the regular on YouTube and the VLive app.

That’s the other reason why BTS has been able to innovate during lockdown– because they had already set up a foundation for it. This is what I mean about the band’s preparedness for the pandemic: it’s not like they knew it would happen, it’s just that all the moves they’d been making had already set them up for success during such an unpredictable time. And that includes the commitment they make to fan engagement.

As I’ve said before, it’s exhausting how much they do with their social media activity and their reality shows and the bonus archival content they release in the form of concert docuseries etc. That is, of course, the immediate goal – to stay connected to their fans – but an added benefit of this kind of constant contact, especially where Bang Ban Con is concerned, is that their fans have already grown used to seeing them intimately through a screen….

….which means a virtual concert is not that much of a leap for them.

None of this matters though if the chemistry isn’t there. One of the reasons I’ve become so into BTS is because well, I really do love the music, but also because their personalities are so distinct and compatible, their relationships with each other so real and tangible. And their willingness to not live up to the perfectness of the illusion too. Near the end of the show, they each reflected on how they’ve struggled during the global lockdown, sharing their disappointment at not being on tour right now. Which is, of course, nothing compared to the very real, traumatic struggles that people who aren’t pop idols are experiencing right now. But they managed to do it in a way that didn’t seem spoiled – especially since they were talking about this after an hour and a half of live performance that came after what must have been weeks and weeks of practice, ie WORK. BTS is always working.

As the world anticipates a possible COVID-19 second wave, and as we’re still at least a year or so away from a vaccine, this may just be the first in a series of BTS virtual concerts and performances or something else entirely (because, again, they are way ahead of the game) that puts them in a much better position than their industry peers for when restrictions are truly lifted. This tweet pretty much sums it up – and also V is just so stupidly hot: 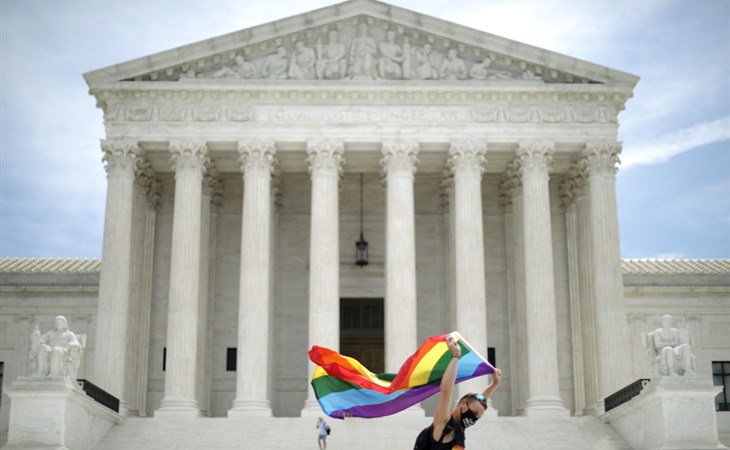 What Can We Take Away from the Historic Supreme Court Decision?