BTS: The Nomination and the Talk Show Standard

As I’ve been writing about for months now, BTS has been quite vocal about their hopes for a Grammy. It’s a whole Grammy package, actually. They performed at the Grammys last year as guests of Lil Nas X which means they’ve yet to be invited to showcase their own stage. And then, of course, there’s the matter of the trophy itself.

While BTS’s ARMY was pretty jacked up about their achievement – the first Korean group to be nominated for a Grammy – they were also disappointed that it was their only one. Look, The Weeknd didn’t get any, so I think the f-ckery is well-established here. That said, when it comes to what RM, Jin, Suga, j-hope, Jimin, V, Jungkook, and their label Big Hit Entertainment, expected, I feel like realistically, they hit their target. As I wrote in the summer, they made the decision to release “Dynamite” ahead of Grammys submission deadlines. The song is their first all-English track. They targeted much of their promotion all over American media outlets. So “Dynamite” is always where their Grammy aspirations were centered. As optimistic as they are, BTS and Big Hit are not fantasists. They are fully aware of the xenophobia of the western music industry and that their ambition was a longshot. That one nomination, then, is the best that they could possibly come away with. And they shared their excitement about it on social media:

It’s an adorable moment – RM reaching for his brothers as he’s waiting to see/hear their band name, Jungkook shouting out “BTS” like he’s a fan of his own band, LOL, and RM tossing his phone to the side, destructive as always with his own property. At the same time, I think we need to see this scene for what it truly represents:

So it’s not just about calling them out, as Cody did earlier today, for their lack of transparency and their myopia, it’s also about how they’ve failed to be the caretakers of their own brand. Artists believe that it’s a huge honour to win a Grammy. But the Grammys should also remember that it’s an honour for artists to feel that way about them. It’s an honour to be wanted and desired, aspired to. It’s time for the Grammys to start earning that honour themselves.

Going back to BTS though – it’s not all celebration; because where they’re concerned, the work never stops. The new album, BE, dropped on Friday and this week they made two appearances on The Late Late Show with James Corden. On Tuesday night they performed on Christmas-themed set their new song “Life Goes On”, ending on a shot of them opening gifts – among them, seven jackets for all seven members, ending on JK in an all-white outfit…

Last night they returned with the sequel, picking up where they left off to go into “Dynamite” and… please… please just watch this performance because what they’ve done with the set here is so above and beyond, it’s becoming a conflict at this point. Like, of course we all want for this sh-t to be over and for BTS to be able to travel and be in studio on talk shows doing their thing. But the thing is, when they do show up at James Corden’s studio or at The Tonight Show, they have to work with that show’s tech and their tech limitations. And if we’ve learned anything from BTS this year, it’s that their own tech is far superior, that their own tech makes it so that their performances are limitless. We just saw them basically do their own Super Bowl halftime show on the AMAs the other night. We’ve seen them take over an airport. We’ve seen them perform at a Korean palace. And now, they’ve done it again, turning a tractor trailer into a scene from Vogue’s 73 questions and opening up onto a tarmac with an airplane, then going inside the aircraft for more shot variation and then… AND THEN!

Recreating James Corden’s F-CKING STUDIO, like the open stage area AND the desk area! As James said on Twitter:

This performance from @BTS_twt tonight genuinely made me a bit emotional. The effort they put into it, the vision to recreate our set. Extraordinary. It made all of us so proud x ðŸ’œhttps://t.co/w7GlEL8ipw

It’s the EFFORT. It’s the TRYING. It’s the constant, almost obsessive need to set themselves apart, to make it worth it for people to want them on their shows – this is a level of professional generosity we just don’t see in western superstars. Think of how so many of them behave in junkets, when they’ve been comfortably arranged in fancy hotels, dozens of people catering to their needs, and they can’t stop complaining about having to talk to reporters and being asked the same questions about their projects over and over again. Meanwhile, RM, Jin, Suga, j-hope, Jimin, V, and Jungkook are out here all like…

Would it be OK if for our performance we rented out an Olympic stadium and blew sh-t up in the sky and, oh, we can also pull up in a jumbo-jet and build your studio to exact specifications? Do you think that would be alright?! We’ll even pay for it all! Don’t forget, this is at their own expense!

If they’re doing this for a five-minute performance on late night television on a random Tuesday, how the f-ck will they top this for the Grammys?! If, that is, the Grammys allow room in the broadcast for them. You’d think it would be a no-brainer but, um, I don’t think we want to underestimate the Grammys ability to show their asses. If I’m the Grammys, I’m not just penciling in time in the show rundown for BTS, I’m giving them the biggest timeslot possible. Give BTS a medley slot in the show. Then you’ll really see some great live TV… after year where we’ve allllll been struggling to pull off live TV, let us in North America see what we’ve been missing. 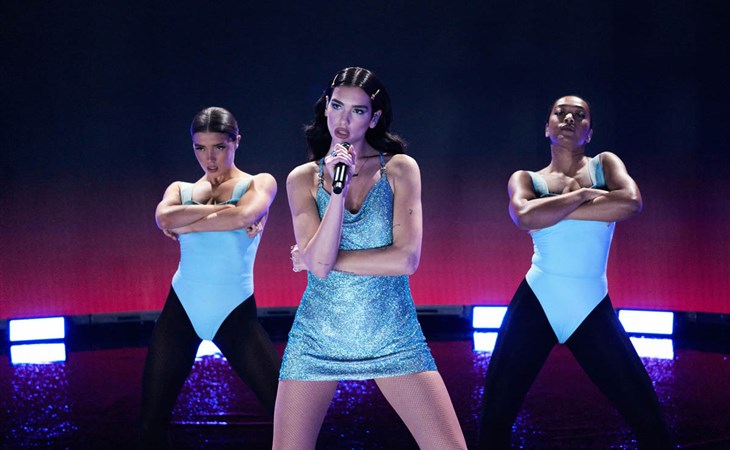