BTS’s new English song, “Dynamite”, broke all kinds of records this weekend. It’s the biggest music video premiere in YouTube history. And it now holds the YouTube record for most views in 24 hours – 101 MILLION. Not surprisingly, “Dynamite” received the most first day western radio plays of the band’s career as they’re hoping for their best Billboard Hot 100 entry ever, and perhaps even a #1 position. Which is why their promotion has been relentless, which it always is when BTS is on a push. Seems like they’re doing around the clock press, including an appearance this morning on The Today Show.

What will a #1 hit on the Billboard charts mean though? Beyond elevating their existing status as the biggest band in the world, what is the significance of “Dynamite”, especially at this time? As I’ve said before, I had complicated feelings about BTS releasing an all-English song because I worried that it would it only entrench the xenophobia of western cultural gatekeepers, and further perpetuate the idea that popular music can only be performed by certain people from certain places. BTS has achieved all that they have without singing in English, without adhering to the standards established by western artistic institutions. They don’t have to conform. But …it turns out… they didn’t. While the song is in English, and is upbeat and fun, as promised, “Dynamite” is not just pop fluff – “Dynamite” is subversion wrapped in a rainbow, as true as ever to BTS’s beginnings when they challenged the status quo, defied their critics, and stomped on their haters.

Because, of course, when it comes to hate, anti-East Asian racism has never been more overt than it has been in 2020 alongside the spread of COVID-19, and encouraged by the buffoon in the White House who calls it the “kung flu”. Or the “China virus”. Now RM, Jin, Suga, j-hope, Jimin, V, and Jungkook are out here with a virus of their own, in the form of a song, this one built on love, on fun, on optimism, and aiming for a western takeover of social media, streaming, playlists, and potentially the charts. For every idiot spouting off about the “kung flu”, BTS is making it so that every time they hit up Apple Music or Spotify, or turn on the radio, open Twitter, TikTok, or Instagram, there’s an East Asian face and a voice staring back at them… and singing with an accent.

For all my hesitation ahead of the release of “Dynamite”, what I did not consider and appreciate was how BTS would sound. Yes, I knew they’d sound good, but I mean how they would PRONOUNCE. English is not their first language. Even group leader RM, who is fluent in English and speaks exceptionally well, has an accent, and often speaks English with Korean cadence. BTS hasn’t bothered on “Dynamite” to sing in “perfect” English. You can hear their accents – because, as Prem wrote in his piece about accent discrimination and actors last month, English is not just spoken one way. English is spoken by non-native speakers so the way we hear English is not always the Queen’s English. Or Standard American English. In our day to day lives, we frequently hear English spoken by those who didn’t grow up speaking English, but per Prem’s piece, seldom in film and television and NEVER in song. Accented English in song is rare – and this is what BTS is bringing with “Dynamite”; it’s not like they can help but at the same time, even knowing that they have accents, they did it anyway because who says English is the exclusive domain of those who speak English as a first language? The band may not directly admit that this is intentional, but they don’t have to. They don’t have to explain what’s already obvious.

For those of us whose parents sound like BTS or who themselves have been laughed at for their accents, who have been made to feel embarrassed by their accents, and who’ve seen family members or people who look like them shouted at at the airport because people think talking loudly to someone who has an accent is an effective way to communicate, BTS – with a sparkly, pastel, disco theme – is saying F-CK YOU on their behalf, on our behalf.

And we haven’t even gotten to the lyrics yet. Initially, I thought the lyrics, especially in Jungkook’s part off the top of the song, were clunky and corny:

“Shoes on, get up in the morn'
Cup of milk, let's rock and roll
King Kong, kick the drum
Rolling on like a Rolling Stone
Sing song when I'm walking home
Jump up to the top, LeBron
Ding-dong, call me on my phone
Ice tea and a game of ping pong?”

“Dynamite” isn’t the only pop with clunky ass lyrics. Justin Timberlake often has sh-tty lyrical flow (especially on The Man of the Woods album) and I’ve written on this site before how Madonna’s lyrics are often embarrassing. Pop lyrics aren’t always poetry. And “Dynamite” is pretty silly with all the -ong rhyming: King Kong, sing song, ding-dong, ping pong. If it were other artists, western artists, delivering these lyrics, the take would be different. But BTS is a band of artists from South Korea, East Asian artists singing in English during a time of open anti-East Asian racism. And you know what sing song and ping pong sound like?

“Ching Chong” is a slur. It’s used by people who want to mock how Asians sound. NPR published a piece about the origins of “Ching Chong” in 2014 citing a passage Mary Paik Lee’s autobiography Quiet Odyssey: A Pioneer Korean Woman in America:

“The next day when I went to school with my brother, the girls did not dance around us; I guess the teacher must have told them not to do it. I learned later that the song they sang was:

Ching Chong, Chinaman,
Sitting on a wall.
Along came a white man,
And chopped his head off.”

I would not be surprised if RM, who is constantly reading, an eternal student, has read this book. It was written back in the early 1900s but the “Ching Chong” rhyme persists today to otherise East Asians, their languages, their accents. That BTS opens their major English language song with a verse using those specific sounds, words that rhyme with “Ching Chong”, to me at least, cannot be an accident. It’s like they’re cutting off the insults at the pass. They’re saying, through their music, that THEY KNOW. They know the f-cksh-t that will be out there from racists who hear this track, hear their accents, hear that their pronunciation isn’t “perfect”, and they don’t give a sh-t, they’re doing it anyway…

They’re owning their accents, they’re celebrating their accents, they’re telling everyone else who may have been “Ching chong-ed” to celebrate how they speak English, to sing with them in English even if it’s not “proper” English. And they’re normalising this on the biggest platform, normalising the fact that it’s okay to sing and speak English and sound the way they do.

While collecting their coins along the way. As they say in the song:

“Life is sweet as honey, yeah, this beat cha-ching like money”

Below – a new B-side video for “Dynamite” just dropped today. It’s basically b-roll, outtakes, from filming, and more goofing from the members. The end is especially cute, when they’re all playing to camera or screwing up the choreo. At this point I’m almost angry at V, because is so gorgeous right now, with that caramel hair and his features getting sharper, and wearing the sh-t out of those bell-bottoms, it’s so hard not to pay attention to just him and keep track of everything else. 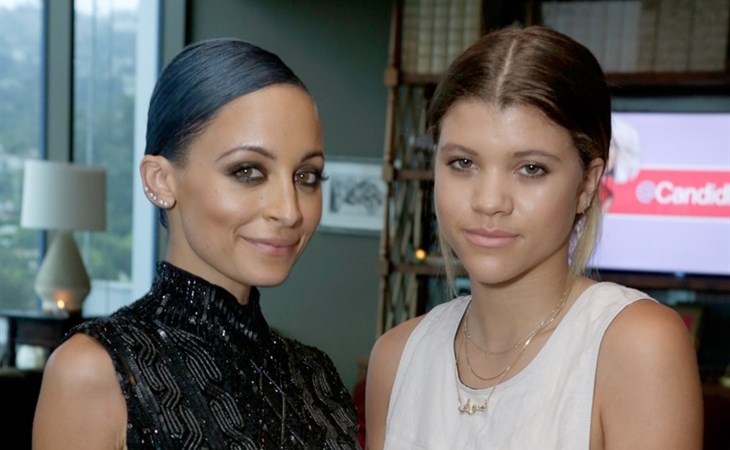