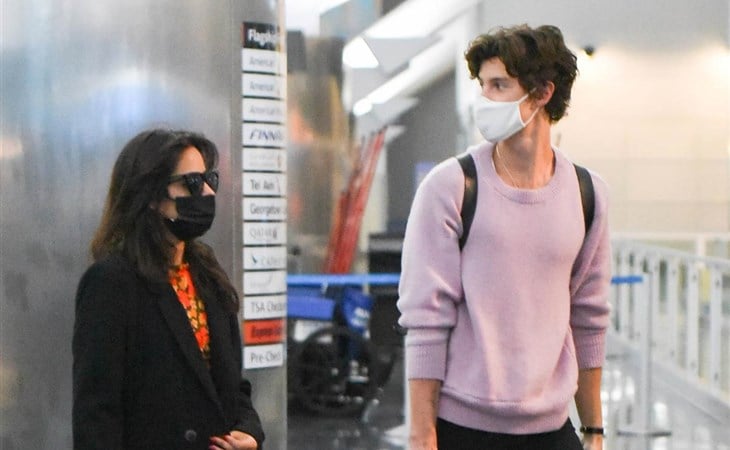 Camila Cabello was at JFK yesterday with her mama and her boo, Shawn Mendes, ahead of her music debut this Friday. All of these photos of them together recently have made me ship them hard. I know they’re just walking beside each other in these, but knowing that TikToks like these are out there makes me appreciate any Shamila action I can get. I like this colourful floral set that Camila has on here. The black jacket does a good job muting the loud colours just enough. Perhaps this look is in celebration of her vibrant music video coming out called, “Don’t Go Yet”:

It was announced that she’ll be performing the song on The Tonight Show Starring Jimmy Fallon this Friday, hence the reason why she’s in New York. This is her first single in almost two years, so it’s exciting to see that she’s going all out for it. Camila has done some elaborate music videos in the past, and it seems like this one is going to have the same goal in mind. She’s posted some sneak peaks of the music video on Instagram, and it looks like we’ll be getting a great storyline and some dancing – I’m loving this look on her:

Something I’ve always enjoyed about her work is the production value. Camila can sing, obviously, but her past projects such as “Havana” have shown us that she can act too. Although we’ve seen her skills with the dramatic art in the past, this single has a little more riding on it because it’s her first one since she wrapped filming on the new Cinderella movie to premiere on Amazon Prime September 3rd. Disney’s most recent live action Cinderella just came out in 2015 and starred Lily James, so these are big shoes to fill (yes, pun intended). Camila’s new music video will be our most recent reminder of what she’s got to offer.

Is movie acting something Camila wanted to try out for fun, or will she want to make it something that becomes a part of her identity? JLo (who I personally consider the Queen of being the full package) was able to get to a point where she can seamlessly navigate the recording studio and the big screen without people questioning her ability to do both. If that is the goal for Camila, Cinderella will be a big test of that ambition.

Based on the promotional work going into this, Camila’s song release on Friday is being set up for success on the charts, with the hopes that it can be a worthy heir to “Havana” and “Señorita”. But…the biggest story in music right now is Kanye West. His long, long, long awaited new album is finally ready for release on Friday. And since it’s Kanye, and he’s been quiet, and it’s been two years since his last album, it’ll be interesting to see whether or not any other artists have any space to make an impact with their new releases, including Camila. 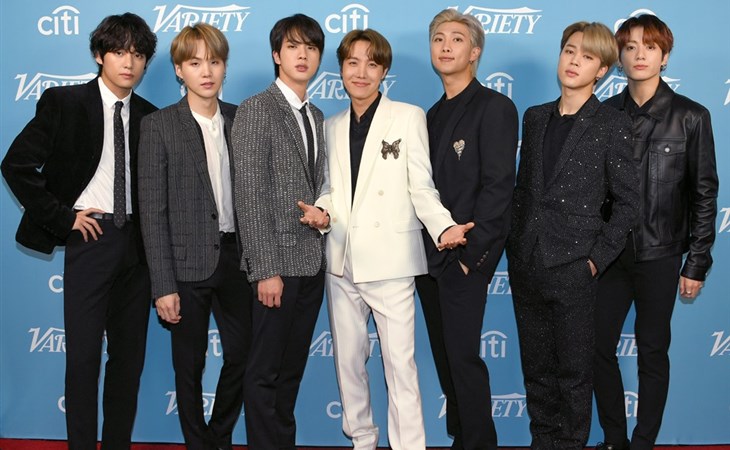 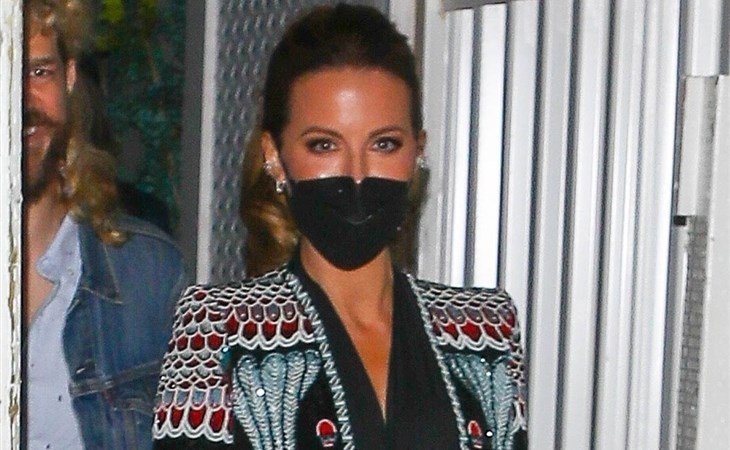 Kate Beckinsale: Back in Outfits