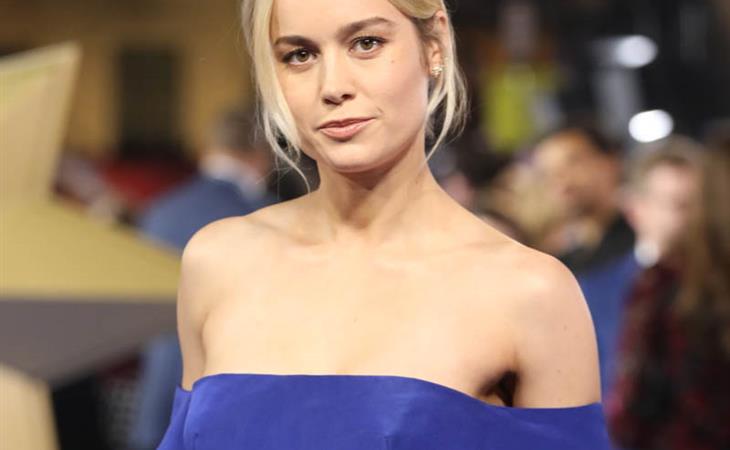 Captain Marvel is an oddity by way of being the first solo-led superheroine movie produced by Marvel Studios. Eleven years and twenty movies on from Iron Man, they finally entrust a story entirely to a woman, and the result is, much like Black Panther, special by virtue of being different. It’s not that Captain Marvel is breaking Marvel’s house rules—it’s not. This looks and feels like a Marvel movie, and it has many of the now-common narrative flaws we’ve grown used to accepting in these movies (the biggest one being a slow, exposition-heavy start. Like The Avengers, it takes about fifteen minutes for Captain Marvel to really get going. But also like The Avengers, once Captain Marvel takes off, it does not stop and it is one of a handful of Marvel movies to avoid the dreaded third-act superhero movie collapse). Is Captain Marvel perfect? No. (Is any superhero movie perfect?) But it’s a lot of fun and it is genuinely thrilling to watch a hero whose entire journey revolves around breaking out of oppressive, dictatorial boxes to own her power. Captain Marvel is not just a movie starring a woman, it is a movie that is, at its core, about being a woman and the utter joy of finally abandoning the effort to make everyone else happy.

Carol Danvers (Brie Larson) doesn’t know herself when the movie starts. She’s living on Hala, home of the Kree empire, and believes herself to be a Kree warrior bestowed with a power she can’t quite control—or rather, that she doesn’t quite use in the exact way proscribed by her mentor, Yon-Rogg (Jude Law). Yon-Rogg has a lot of rules, self-control being chief among them. Carol—or as she is known on Hala, “Vers”—is mouthy and snarky and a little bratty, and her temper and wise-ass nature don’t fit into the hive-like society of the Kree, who put themselves second for the good of the empire. “Vers” can’t quite do that, and it’s not because she’s selfish. It’s just that she has a lot of questions and the answers she’s given don’t quite add up and she just can’t stop picking at the scab of her past. Something is WRONG, but everyone insists it’s fine.

The gaslighting Carol is subjected to, the way every single person keeps telling her to control herself—echoing thousands of years of accusations that women are too hysterical to lead—the insistence that she shut up and do as she’s told in order to get along, these things are intrinsic to the female experience, but anyone who has ever been told to be quiet, sit down, and get along can identify with Carol’s dilemma. The amnesia plot is a clever way of shaking up the origin story format, allowing the audience to go on Carol’s journey of discovery with her, but it also allows the whole narrative to be built around the concept of a woman struggling to stay in the place she’s been put, who knows she has so much more to offer and so few opportunities to prove herself.

From the moment we meet her, Carol has superpowers, but she doesn’t start literally exploding with power until late in the story, at the point that she realizes the rules are handcuffs and she’s being held back. It’s only when Carol has experienced true friendship, in the form of Earth-bound best friend Maria Rambeau (Lashana Lynch, absolutely wonderful), and equal partnership, courtesy pre-director Nick Fury (digitally de-aged Samuel L. Jackson), that she gets the perspective to finally see what is wrong, what wasn’t quite falling into place for her on Hala. And then she starts dishing out fire-fist justice and more or less punching the patriarchy. The villain in Captain Marvel is not who you think, and really, the biggest villain is just the assumption that Carol, on her own, isn’t good enough for, or worthy of, the opportunity she’s been given. It’s a thrilling moment when she realizes she IS worthy and has nothing to prove.

Captain Marvel has the punchy-punchy action we’ve come to expect from Marvel movies, and Carol’s power is dazzling, especially in flight. But what makes Captain Marvel are the moments in between. This movie has a big heart, and an earnest belief that to try, fail, and try again is enough. Brie Larson is wonderful as Carol (I’m sorry I ever doubted her) but the whole ensemble is really stellar. Jackson is obviously having a ball playing a less-burdened Nick Fury, Ben Mendlesohn as the Skrull leader Talos provides one of Marvel’s all-time best and most human villains, even if he is a shape-shifting alien, and Lynch is the heart of the film—much of the story depends on a friendship between two women, which is sort of amazing to see in a movie like this (not even Wonder Woman got to have female friends). And yes, Goose the cat is a total scene-stealer.

Marvel doesn’t break their formula here, but writers Geneva Robertson-Dworet, Anna Boden, and Ryan Fleck (Boden-Fleck also direct) ground that formula in a story that can only be about a woman, about her frustrations and setbacks and the way the world works against her, and what happens when she stops trying to work with the world and just does her own thing. Captain Marvel is a lot of fun, but it’s also cathartic to watch a story about a woman recognizing her own power, owning it, and then using it to literally face-punch the patriarchy holding her back.

Attached - Brie Larson at the UK preimiere of Captain Marvel. 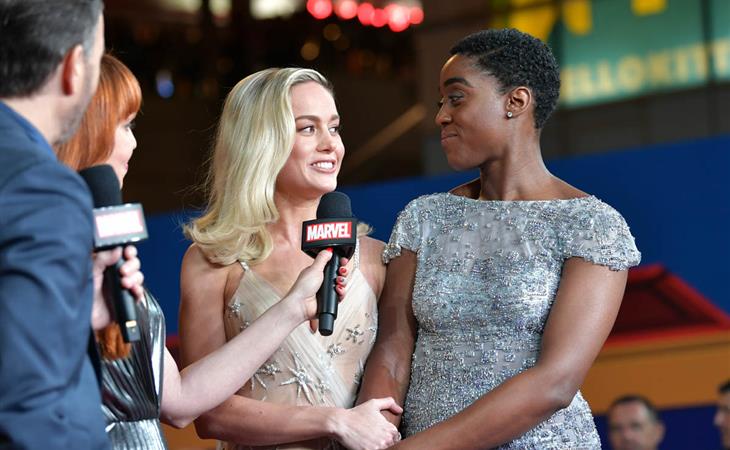 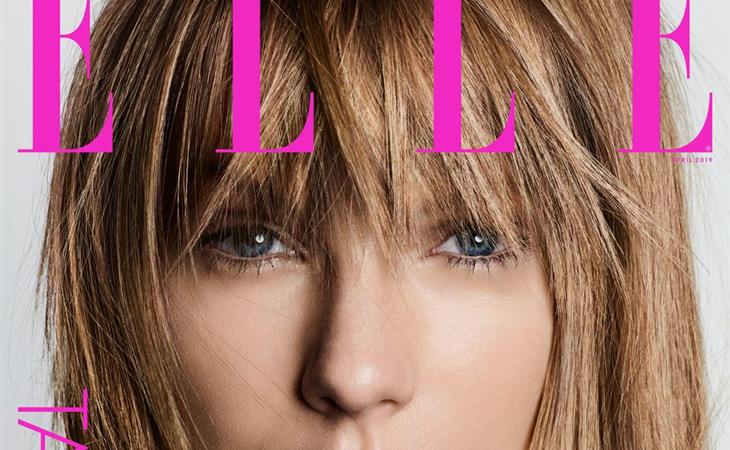