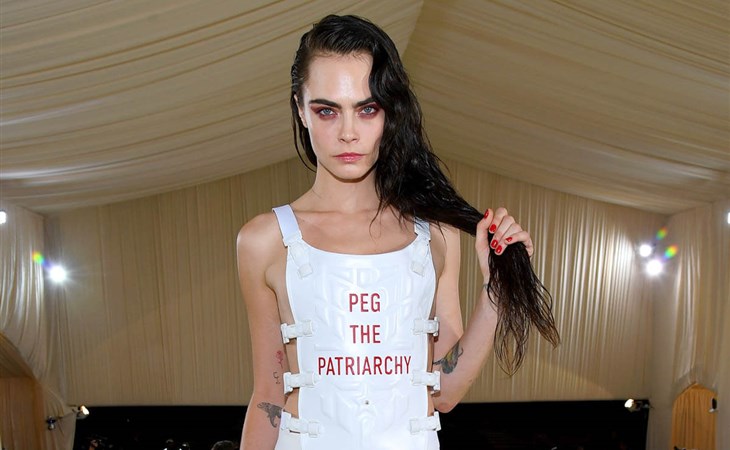 When I heard the Met Gala theme for this year was “In America” I knew people were going to get political, and it’s right there in the Costume Institute’s description of the exhibit: “a modern vocabulary of American fashion based on its expressive qualities”.

Cara Delevingne arrived at this year’s event wearing a tailored all-white pant suit, the colour symbolic of the suffragette movement. She quickly removed her jacket before walking the steps, as not to obstruct her freedom of expression. Printed in red letters across a chest shield read “PEG THE PATRIARCHY”. If you’re unfamiliar with pegging, she’s basically saying f—k the patriarchy from a specifically female (and literal) perspective. During the Vogue livestream she told Keke Palmer, “It's about sticking it to the man.” All pun intended. I love it because she’s breathing some new energy into a very old rallying cry by saying not only do women deserve equality but there’s also nothing wrong with women playing the power position either. Cara’s wearing Dior, designed by Maria Grazia Chiuri, the same woman behind Dior’s 2017 “We Should All Be Feminists” shirts.

â€œIf someone doesnâ€™t know what this means, youâ€™re gonna have to look it upâ€ â€” Cara Delevingne #MetGala https://t.co/SqQ0ozouxJ pic.twitter.com/xnJErbd6bl

Speaking of women in positions of power, Alexandria Ocasio-Cortez also showed up in white,  an off-the-shoulder gown, with the huge statement “Tax The Rich” written down the back. Some outlets immediately called the look polarizing, but I think that’s only true if you’re rich? AOC told Reuters she wanted to make this statement at the Met because a lot of conversation about taxation happens among lower and middle class people and “it's time that we bring all classes into the conversation about having a fair country.” Is it weird, though, for her to be talking about taxing the rich while she kikis with some of the country’s wealthiest people over some of the country’s most overpriced finger foods?

This year’s Met Gala co-chair, Amanda Gorman, stayed on theme as well, imagining herself as the Statue of Liberty — but make it fashion. Amanda wore a custom royal blue Vera Wang gown adorned by 3,000 hand-sewn crystals. Her clutch was a book, similar to Lady Liberty, but Amanda’s says, “Give Us Your Tired”, a line lifted from the poem mounted on the Statue of Liberty and a statement that became heavily politicized during the Trump era and America’s continuing debate over immigration. Dressing up as the Statue of Liberty could go corny fast, especially if left to Katy Perry, but Amanda looks so elegant. Very becoming of a future president.

Amanda Gorman arrived at the #MetGala in a royal blue Vera Wang gown studded with thousands of crystals that is symbolic of a "reimagined Statue of Liberty." She was also carrying a clutch that looked like a book. (The title: "Give Us Your Tired.") https://t.co/l9WsrEAk4j pic.twitter.com/lOOsC22ZKZ

One more lady making a statement was Nikkie de Jager, otherwise known as NikkieTutorials. The YouTuber, who came out as transgender last year, paid homage to the late activist and drag performer Marsha P. Johnson with her look. Just like Marsha, Nikkie’s got on her flower crown and at the bottom of her dress is a sash that reads “pay it no mind” — which is what Marsha’s middle initial stood for. I know we’re all *eye roll* over the influencers in attendance, but I think Nikkie deserves another invite next year.

"Pay it no minds" Another person fully understanding and slaying the theme (and I'm so happy for Nikkie's success) #MetGala #MetGala2021 pic.twitter.com/IAwv06mXJj 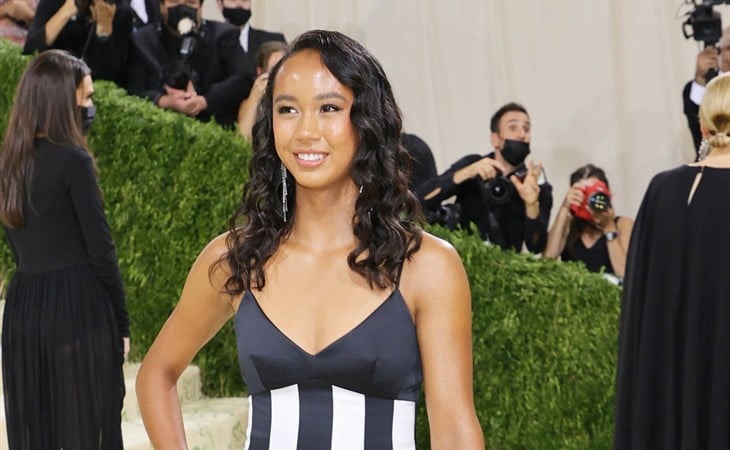 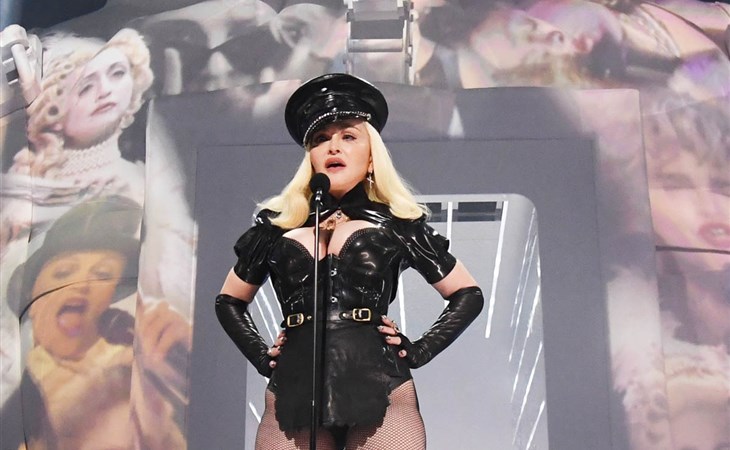