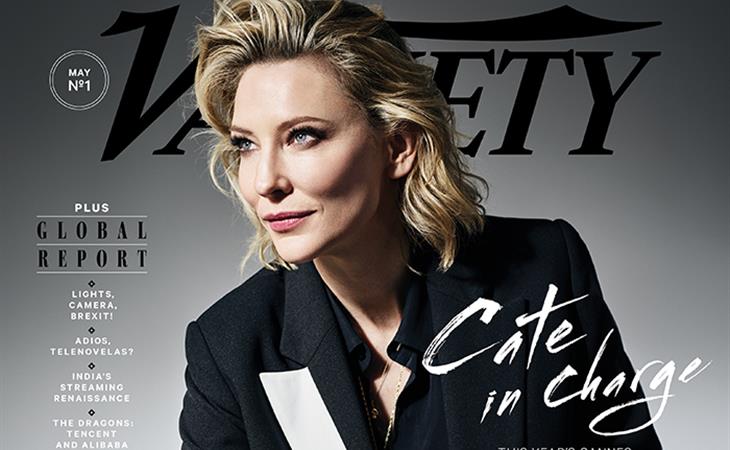 The Cannes Film Festival opens next week, and Cate Blanchett is the jury president. Cannes is somewhat embattled of late, fighting with Netflix, adhering to their (outdated) high-heel policy, banning selfies, and continuing to struggle with representation among the filmmakers and films they invite to the Croisette. Cannes is an institution, and like so many institutions, they’re struggling to navigate a world that is changing rapidly on multiple fronts, but Cate Blanchett as jury president seems like an attempt to at least stick a Band-Aid on some of their problems. Her jury is closer to almost equitable, with five men and four women, including Ava DuVernay, Kristen Stewart, Chang Chen, and Khadja Nin. The festival still has a lot of issues to work out, but at least they’re starting to get the optics right.

But what should be Blanchett’s moment to discuss Cannes and film at large is mostly dedicated to the ongoing #MeToo moment and sex scandals that have rocked Hollywood. And this is what I want to talk about because I keep hearing something from Blanchett I hear from a lot of people, and it’s a fundamentally unhelpful thought. That is: “I think it’s really important that people get tried through the judicial system.”

Is it important to try sexual abuse and assault cases? Yes, of course. Bill Cosby just got convicted, after literal decades of failed attempts at justice, which is a sign that things really are changing and there can be justice for survivors. HOWEVER. The justice system is imperfect. And a lot of sexual harassment cases are NOT going to qualify for criminal proceedings. Putting the whole burden on the courts 1) fails to acknowledge the imperfect state of the judicial system, and 2) alienates instances of predatory behavior that are just under the criminal line. Blanchett says, “And also then don’t hunt around for someone who put their hand on someone’s knee. What social media does is flatline our ability to discern between things that are offensive and annoying and criminally reprehensible.”

I have a feeling the “social media” comment has more to do with the fact that Blanchett has been dragged pretty hard for her mediocre response to allegations resurfacing against Woody Allen than any real understanding of how social media can foster conversations and create community for people who need support and too often don’t get it. (#MeToo is a social media movement!) Is social media perfect? No, of course not. Nothing is perfect. The courts aren’t perfect, social media isn’t perfect. But social media, which is just an extension of “the court of public opinion”, effective when it gets involved in passing judgment when the actual courts have failed. That is something worth remembering. The court of public opinion matters when the real courts have failed.

It sounds to me like after stumbling initially, Blanchett has worked out her talking points with a PR pro, because she keeps hammering that “try them in court” talking point, up to and including using it in the case of Dylan Farrow. But again, this is an imperfect solution, for a couple of reasons. One, it in no way acknowledges that the reason the case wasn’t tried in the first place was because the judge didn’t want to put young Dylan through any more trauma. That is so important to remember, that Woody Allen wasn’t taken to court not for lack of evidence but to protect the child at the center of the case. And two, now that Dylan Farrow is an adult, she’s up against a statute of limitations. She can sue him in civil court, but at this point, Woody Allen can never be prosecuted in criminal court. “Leave it to the courts”, except the courts too often don’t allow adult survivors of childhood crimes to have their day. We should be working to change the laws and rules that govern the system, but in the meantime, we can’t just say “leave it to the courts” and dust off our hands like that’s it. Those changes will come, I truly believe that, but what can we do for the people left out in the cold in the meantime? Believe them, at the very least.

So where does this leave Blanchett? Is she cancelled? I don’t think she should be, but she should definitely keep diving into these issues and learning the nuances. Definitely, she may want to consider a better response re: Dylan Farrow and Woody Allen because “leave it to the courts” doesn’t cut it when that’s not even an option anymore. And let’s not downplay the kind of day-to-day harassment that comes in the form of knee-touching, which is the sort of harassment the vast majority of women deal with. Unwanted touching might not be worthy of the courts, but it can be demoralizing and damaging to careers and mental health. We can’t not talk about it just because dudes who touch a little too much don’t seem as bad as the guys with automatic locks on their doors. We won’t be able to leave every instance of abuse, assault, and harassment to the courts, which aren’t set up to address the majority of those claims, anyway. Which means you might actually have to pick a side, because there won’t be a judge reading a verdict on most of these dudes. Cate Blanchett is trying to say the right thing without saying anything at all. 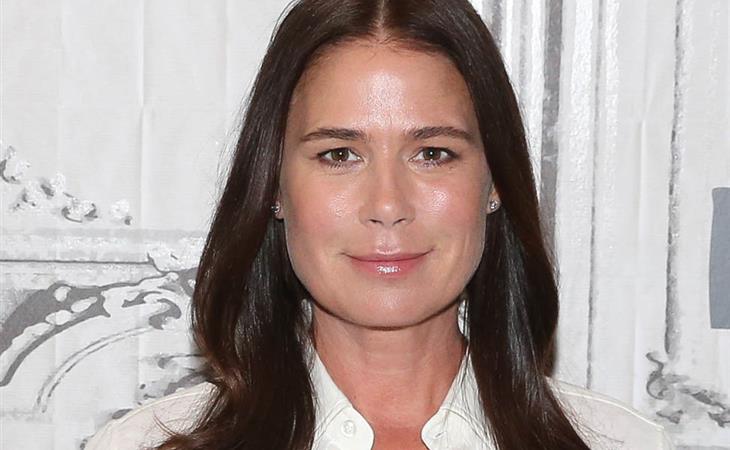