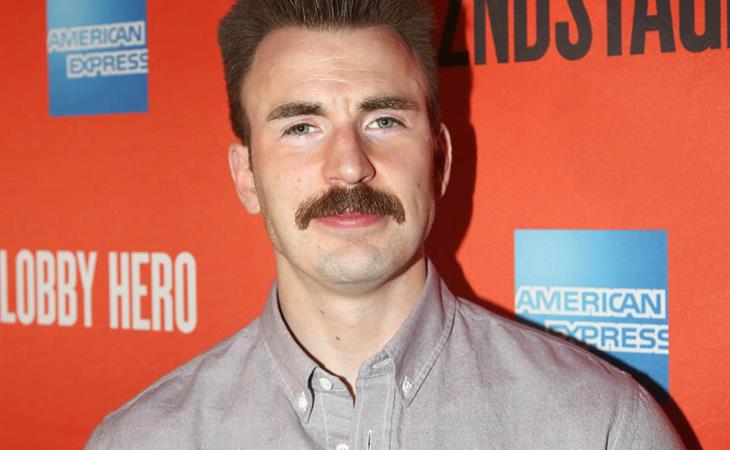 Lobby Hero opening night on Monday in New York. This is Chris Evans’s Broadway debut and, as Sarah wrote last week about his profile in the New York Times, this is also part of a bigger plan: his post-Captain America career. So far the reviews I’ve read have been pretty solid. Ben Brantley, the NYT’s chief theatre critic, who doesn’t automatically stan when Hollywood movie stars come to Broadway, had this to say about Chris’s performance:

“Mr Evans is a marvel of smooth calculation and bluster. His Bill is the most blatantly manipulative of the characters, which means he’s the most likely to succeed.”

He’s writing about the story, obviously, but that could also apply to Chris Evans in real life. Not that he’s manipulative but his current motivation, to distance himself from his superhero image and go on to more “prestige” work, seems to have gotten off to a great start. And he’s doing it in a play that interrogates toxic masculinity and social injustice by playing the prototype toxic male. A few weeks ago, Duana and I, on Show Your Work, talked about Allison Williams in Get Out, how she took the role to “weaponise everything that people take for granted about me”. She was referring to the fact that she, especially in America, looks like the kind of person who can be trusted, at first glance. Not someone who would be pulled over by police if she was on her own. It’s an interesting awareness of one’s privilege. Using it in a film that challenges the privilege of some at the expense of others has been arguably her best career move. Chris Evans is going for the same. And he’ll likely succeed, not only because it’s a smart strategy but because, to borrow Ben Brantley’s words, “he’s the most likely”. Is that ironic?

We talk often about the “celebrity transformation” or “going ugly for Oscar” – in this case Chris Evans isn’t going ugly for an immediate Oscar but, come on, there’s an Oscar eventually in these plans, isn’t there? It’s amazing what hair can do for (or against) attractiveness. Chris Evans is, empirically, a good-looking person. Like nobody’s debating you if you drop that in conversation. They might say, “He’s not my type,” but they’re not telling you that he looks like a toe…

Until he turns into the 2018 version of Biff from Back To The Future and you totally forget if he was ever handsome in the first place. People were upset about the moustache last week but what’s even more alarming is the hair. It’s the hair that’s the most offensive. I wonder if the hair is the reason he and Jenny Slate aren’t together anymore. If I were Jenny Slate, I’d pause too during the era of this hair and come back later, when the hair isn’t so objectionable.

Speaking of that though, and their second breakup, you know what I wondered about as soon as I saw these shots of Chris and the Lobby Hero cast from last night? Bel Powley. Sarah’s been waiting on Bel to hit international stardom since 2015. Last time I checked in on Bel’s love life she was with Douglas Booth. But … I could totally see Chris Evans falling for someone like Bel Powley. 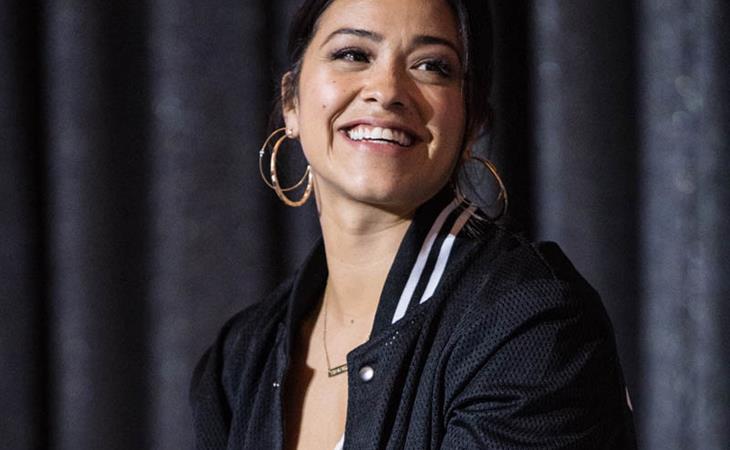