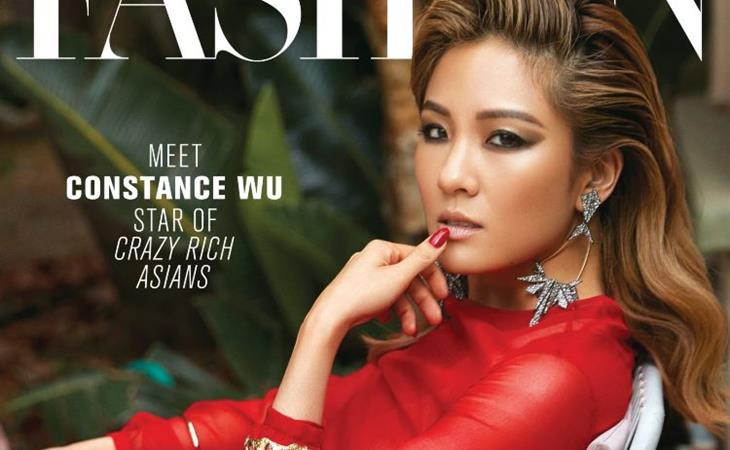 Constance Wu covers the new issue of FASHION. I’m sorry if this is getting old for you if you’re a regular visitor of this site but it’s not often that we see an Asian-American actress on the cover of a fashion magazine in North America. It’s why I want to start at the end of the article, when she and writer Greg Hudson are talking about what google says about her. He brings up some random page of “facts” about her life. They’re all wrong, of course, but it got me thinking about how little attention has been paid to Constance, even as Fresh Off the Boat, a hit comedy, is going into its fifth season.

That’s changing now, of course, with Crazy Rich Asians. So, hopefully, we’ll see this again - Constance getting more press, more interviews, covering more magazines, filling out the knowledge gaps we have about her, and more importantly, normalising Asian presence in our cultural spaces.

What we learn about Constance in this interview is more of what we already knew – she’s articulate and smart, she’s purposeful about her work. And she understands her responsibility in this moment, with this film. Often, responsibility can feel like a burden. Especially since there are so few Asians in Hollywood, she’s been carrying a lot of the load, pushing for more Asian representation. It’s a complicated place to live: on the one hand, to be in that position is itself an achievement, but on the other, if there was true equality, she could just, you know, go about doing her thing, working, not having to worry about this not insignificant duty. Duty is, by definition, a requirement. Some would even say it’s a moral one. What’s it like for her to have to wear that? Her perspective is that it’s a SKILL.

“I have a pretty good capacity to talk about it in such a way that it’s as clear and insightful as it can be in the moment,” she says. “I actually think it’s kind of a privilege and an honour—and an obligation.”

YES, YES this so much. It’s such a great f-cking perspective. Instead of worrying about the pressure that comes with the “obligation”, she’s turned it around and looked at it as something she’s really good at. And it’s true. She is. That’s how you excel – by connecting what you HAVE to do with what you’re good at doing. That is showing your work.

Constance is also really good at swearing. Which comes up in this profile. Of course that makes me love her more. Because I, too, am prolific with profanity. I feel like we could be friends.

Click here to read the full profile on Constance and to see more photos. I’m not usually into that exaggerated eye on an Asian eye that they’re doing with her makeup but it’s sort of working with her hair this colour. Her hair, by the way, is back to dark now, presumably because she’s been back to shooting Fresh Off the Boat. It’s a good move for the CRA press tour too. So that the images connect her to her character. 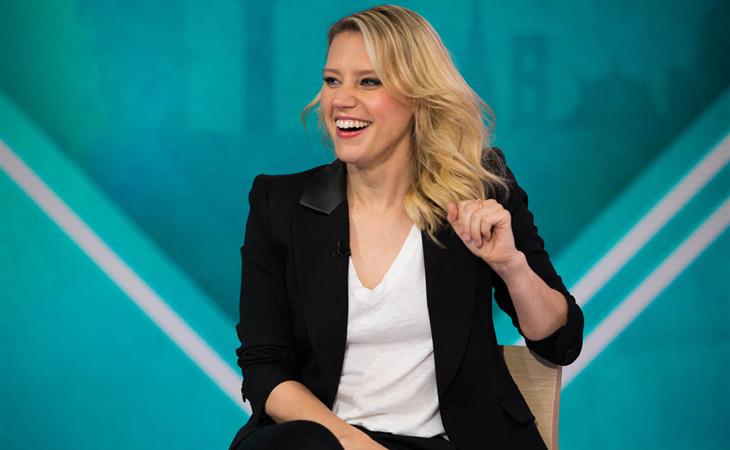