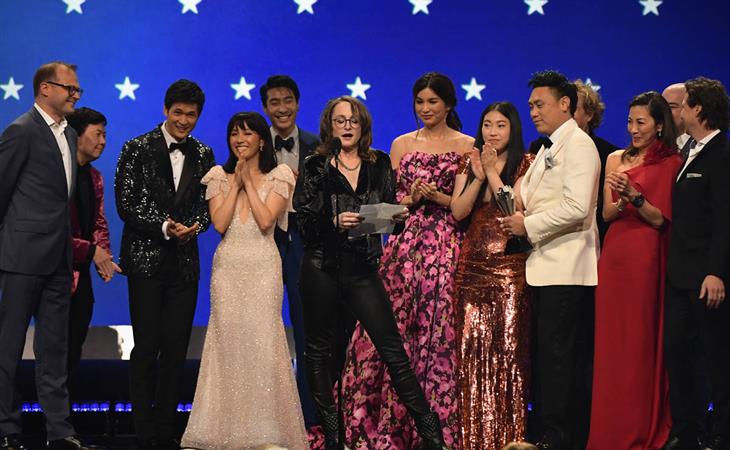 Crazy Rich Asians is The Favourite

Lainey and I watched The Critic’s Choice Awards together over text. Sometimes she was ahead and sometimes I was, depending on bathroom breaks, dog walk breaks, etc. When Crazy Rich Asians won Best Comedy, Lainey texted me about a minute before I heard the reveal with an “Omgggggggg!!! Kathleenn!!!!!” Only one thing could get that many exclamation points out of Elaine Lui. So, when Crazy Rich Asians was announced as the winner over The Favourite (also the favourite in the category), I knew it was coming. The spoiler didn’t make it any less satisfying.

Crazy Rich Asians winning Best Comedy was especially refreshing during a show that gave Christian Bale the award for Best Actor in a Comedy for Vice and after the Golden Globes awarded Best Motion Picture Musical or Comedy to Green Book. Neither of those movies are straight up comedies. Crazy Rich Asians is a pure, old-fashioned romantic comedy and it deserves to be respected as such.

The Crazy Rich Asians cast also felt like they were at a Best Comedy table. They were having FUN. They roared when Awkwafina presented to Sandra Oh (more on her in a minute) and they seemed genuinely shocked at the film’s big win. The award was accepted by producer Nina Jacobson. To her credit, she walked over and handed the Critic’s Choice award to director Jon M Chu immediately as she got on stage, and then she gave a speech that highlighted the old-white-men dominated bullsh-t of Hollywood and gave props to her all-Asian cast. But it still felt weird to me that the one person speaking for that film was the only white woman on stage. I would have expected Jon M Chu to accept the award or at least, as Lainey suggested, let him say a few words.

Let me quote Nina’s own words to drive this home: “Representation is power, and our movie like so many of those nominated today, reminds us that audiences are hungry today to see that power redistributed.”

You know what would have been powerful? Seeing an Asian director give an acceptance speech with his all-Asian cast standing behind him. I don’t want to take too much away from Nina Jacobson. She’s a powerhouse producer. She produced Crazy Rich Asians and did give a nice speech, but representation is all about seeing “power redistributed,” as Nina put it, and I think it would have been even more impactful if Jon was able to give a nice speech too.

I mentioned how hard the Crazy Rich Asians cast cheered for Sandra Oh. The feeling was mutual:

Critics Choice winner Sandra Oh just ran up to the CRAZY RICH ASIANS cast and she is living! pic.twitter.com/x6RjFoBvbv

If Lainey had the capacity to feel emotions and cry, this video would make her tear up. I’m tearing up. Each one of those actors and actresses are probably so used to being in rooms like this by themselves, surrounded by people who don’t look like them. It must have been thrilling to be able to run to each other and share in the moment of being invited to the table – finally – but also WINNING. No wonder Sandra Oh is running everywhere. Sandra also RAN up to the stage to accept her award for Best Actress in a Drama Series for Killing Eve.

Sandra Oh is the first Asian woman to win the #CriticChoiceAwards for Best Actress in a Drama Series for @KillingEve! Add this to her long list of history-making achievements! https://t.co/7g99e7lWSK

Sandra Oh didn’t mention anything about making history in her acceptance speech. She was just there, joyful and appreciative, giving a speech like everyone else and shining by example. That representation IS powerful. 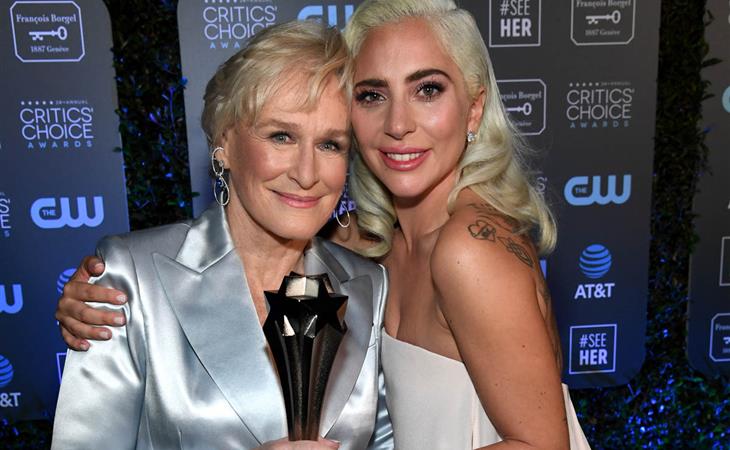 Glenn and Gaga: it’s a tie