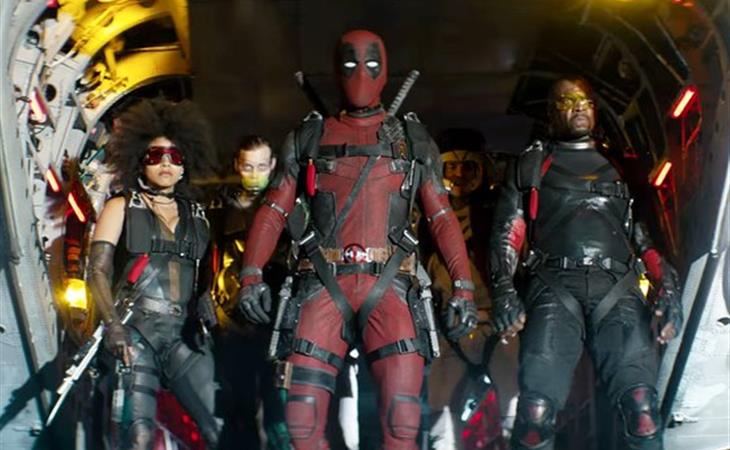 A new trailer for Deadpool 2—the official title, though I kinda wish they had stuck with “Untitled Deadpool Sequel”—has been released, and goddamn does the marketing for this movie remain on point. This trailer is GREAT, except for the increased screen time for TJ Miller, and actually gives a sense of the plot. Cable (Josh Brolin) is sent to the past to kill a kid (Hunt for the Wilderpeople’s Julian Dennison), and Deadpool puts together a rag-tag team to stop him. He calls the team “X-Force”, and while Domino (Zazie Beetz) gets in a mocking line about the name, there is in fact an X-Force movie in the works for next year. Synergy!

But we do need to talk about the sh*t going down with Deadpool. Nerdy film Twitter has been arguing for a week about whether or not the movie is testing strong or poorly, if the reshoots are just a few days and no big deal or lasting longer and cutting it close with final editing. (And if they are reshoots at all as there’s been some speculation that the reshoot isn’t actually a reshoot but a cameo appearance.) All the back and forth smacks of PR damage control, but let’s stick to what we know for sure. Deadpool 2 has shot new material at the eleventh hour. The line you always hear in these situations is that reshoots are a normal part of the blockbuster process. And that is, technically, true, that these massive movies regularly schedule additional days, usually about halfway through the post-production process. By that point, they’ve got an assembly cut of the movie, they know what they have and what they don’t, and they have time to address any issues or fix any tech gaffes, and still insert the new footage without crippling their schedule.

Deadpool, however, is adding new footage less than two months before the release of the movie, which is not ideal. Digital delivery means you can push post-production right up to the threshold, because you don’t need lead time to strike film prints. But think about your own job—would you be thrilled to redo a portion of your presentation just days before a big meeting? No. So these reshoots are not the best timing.

Does that mean Deadpool 2 sucks? Not necessarily. But I can tell you a couple red flags have gone up and it has nothing to do with film nerds bickering on Twitter. It’s the disconnect between “test screenings went great!” and “we’re adding new footage”. That smacks of spin. Maybe the test screenings have been stellar and maybe they really are just blowing millions of unbudgeted dollars to give the audience more of what they want. But historically “test audiences love it” and “eleventh hour reshoots” don’t go hand in hand.

And the other red flag is the release date, May 18. Deadpool 2 is right in the middle of the early summer car crash. Avengers: Infinity War moved back to April 27, which gives Deadpool a little breathing room. It now means Deadpool 2 opens on Infinity War’s fourth weekend, by which time that movie’s box office should have cooled. But Solo opens the week after Deadpool 2. Solo comes with its own bucket of behind the scenes issues and drama, but for general audiences it’s just a Star Wars movie about a beloved character. And then June is stacked with big movies. The first weekend is a dead zone, as no one wants to stand directly in Solo’s wake. But June 8 brings Ocean’s Eight, June 15 is The Incredibles 2, June 22 is Jurassic World: Fallen Kingdom. Finding legs in a month where every weekend is a huge release is going to be tough.

What Fox has done is made Deadpool 2 bulletproof. If it meets or exceeds expectations, then it’s a big winner. If, however, it doesn’t live up to the hype, well, Fox has an out. It’s an overcrowded movie season! Too many blockbusters! Who could have predicted that everyone releasing giant tentpoles every weekend was a bad idea! This week’s worst take is blaming Black Panther for the mediocre performance of a bunch of mediocre movies, but if Deadpool 2 gets run over in the summer car crash, we’re going to see a variation on this theme. If Infinity War is as gargantuan as it seems it will be, it will be Marvel’s fault for making a movie everyone wanted to see. If Deadpool 2 opens well but then dies on the vine it will be all these other goddamned blockbusters everyone else made. Fox has insulated themselves from criticism re: Deadpool 2’s performance. It won’t matter, the box office will depend entirely on everyone else.

Does all this mean Deadpool 2 is bad? No. It could turn out great. I hope it does—TJ Miller aside, I have liked the looks of these trailers. But I am raising my brows at the warning signs flashing on the road. Spin it however you want, last minute reshoots have never been a good sign. A studio stranding a movie to fight its way out of a blockbuster pile-up isn’t a confidence-builder. And Deadpool doesn’t hold up, so how will this schtick be received in 2018, when people are craving uplifting, inspiring heroes? One thing is sure: Summer 2018 at the movies is going to be WILD. 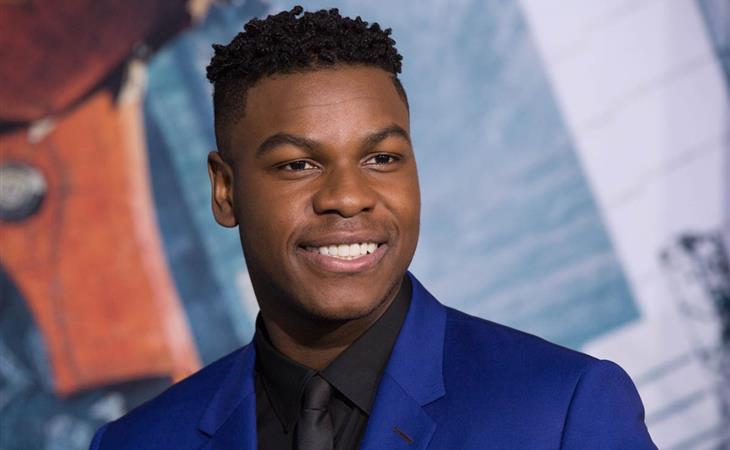