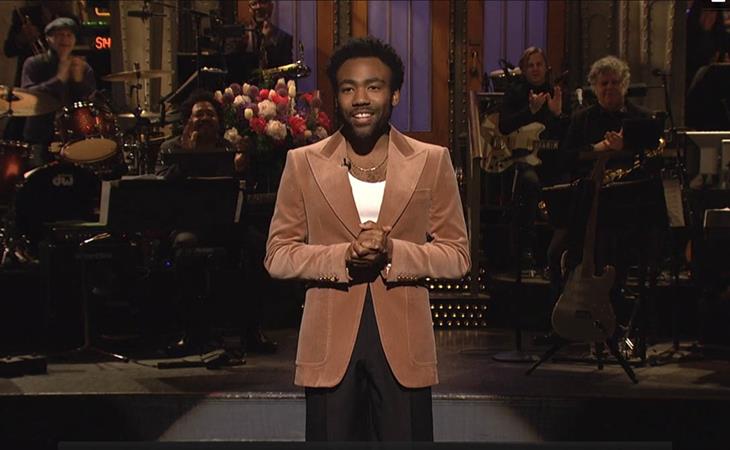 Donald Glover hosted Saturday Night Live this weekend. He also served as the musical guest as Childish Gambino. I assumed we would be talking about Donald/Childish’s SNL appearance today. Halfway through the episode, when every single skit was making me laugh – which never happens – I was certain the story today would be about what a funny, smart, entertaining and HOT host Donald Glover was.

While all the above is true, that is not today’s story. For Childish Gambino’s final performance of the night, he debuted his second new song of the evening. His performance of This Is America was followed by the release of a stunning new music video that is not only dominating the conversation almost 48 hours after it debuted, it’s going to continue to spark heated debates and inspire think-pieces on think-pieces for months to come. If all we do today is gush over shirtless Donald Glover and swoon at singing Lando Calrissian, we’ve missed the point entirely. Or we’ve proved Childish Gambino’s point. Either one.

The point of This Is America is, like all great art, up for interpretation. What is not up for interpretation is that Childish Gambino is making a commentary on the state of Black America in the same poignant and unprecedented way Donald Glover does with Atlanta. The video is directed by Atlanta director Hiro Murai and is an unrelenting work of art. It’s disturbing, uncomfortable and heartbreaking while simultaneously beautiful, mesmerizing and joyous. It is both painful and pleasurable to watch. It is contradictory and divisive. It IS America. After something tragic happens or a horrific act of racism occurs in the U.S., someone will inevitably say a variation of “this is not America.” They’ll say this isn’t the America they know or that acts of hatred are un-American. I’m interpreting the title of this song as a direct answer to the notion that the intersection of anti-blackness and violence is not American.

The video opens with Childish Gambino executing a black man with a bag over his head while seemingly mimicking the stance of a Jim Crow minstrel character. After he shoots the man in the head, the first line of the song kicks in: This is America. Later, after he brutally guns down an entire black choir, reminiscent of the Charleston massacre, there’s a beat and that line comes in again: This is America. Childish Gambino is making a point to say This. IS. America. It’s a country built on racism and dead black bodies. It’s a country that still has a hard time admitting that it is built on racism and dead black bodies. Remember how hesitant people were to call Charleston a hate crime? It’s a country that still runs on the suffering of black lives while refusing to admit it.

Throughout the video, Childish Gambino dances. He and a group of young black kids nail infectious choreography while chaos ensues behind them. The implication here is that while America watches black youth dance, while their moves go viral and end up on The Ellen Show, they’re still subjected to police brutality and violent hate crimes. America thrives off black pain while also taking part in the pleasure of black entertainment. The monetary wealth of black entertainers is often used as an example of a mythical post-racial society. If there are rich black people, how can racism still exist? The only black lives that matter are the ones who sell records or shuck and jive. The minstrel show connection is not a coincidence.

But this is America, Gambino tells us. It's brutal, but either you participate in the space American culture has allotted you (even if only to play Jim Crow as many black entertainers have and continue to do since the country's founding) or you perish. pic.twitter.com/aEC2s7qdSm

That tweet is from a thread by Dear White People creator Justin Simien who incorrectly states that the man in the beginning of the video is Trayvon Martin’s father. It’s not. But I wonder if it’s an accident that the actor they chose bears such a resemblance to the father of Trayvon Martin, the young man who inspired the Black Lives Matter movement. This video has LEVELS so I wouldn’t be surprised if it was intentional.

As he’s proven in the past couple of years, Donald Glover’s work is intentional, thoughtful and provocative. He knows exactly what he’s doing. I think he knew there would be backlash. I think it’s purposeful that This Is America feels joyful in rhythm and tempo but devastating in lyrics and visuals. This Is America is almost a “mumble-rap” trap song in the style of Migos (or Friendos LOL), Future and other Atlanta artists who have been criticized for not using their platforms for activism. Some people have interpreted the video’s dancing as a distraction themed as mockery of how young black people enjoy themselves, or of the aforementioned artists, but that’s not how I saw it. To me, this is a commentary on the way White America consumes black art while turning a blind eye to the injustices upheld by white supremacy. They’ll dance to Migos in the club but god forbid they attend a protest of police brutality.

The biggest criticism of This Is America has been about the Charleston re-enactment. Understandably, the scene has been met with shock and anger. This thread intelligently breaks down some of the outrage. They also bring up the fact that if Beyoncé re-enacted a mass shooting in one of her videos, no one would be calling her a genius like so many people are calling Donald Glover today. A black woman would never get away with this is their point. That’s probably true but it’s also true that, as writer Myles E. Johnson put it, white auteurs like Quentin Tarrantino and David Lynch also use violence in their art without repercussion. Plus, Donald Glover is not *just* depicting pain as art. He released another new track on SNL that had nothing to do with black pain. His performance of Saturday recreated a block party radiating black joy. Why can’t artists do both?

Yes, Donald Glover is showing brutal black suffering in this video but he’s not doing it callously or gratuitously. He’s making art in defense of black lives, not at the expense of them. I cannot be mad at that.

Here’s what Myles E. Johnson tweeted in defense of This Is America:

so, if Glover feels pulled to image black death without any political/moral guidance or intervention because that’s his creative impulse? that’s still legitimate black art too. and it is up to the consumer to decide if this is valuable to them or not.

It’s up to the consumer. A video about how we consume black art has now become a debate about how we consume black art. Is your head hurting? Is this exactly what Donald Glover wanted? I think he wants to shock. He wants to make you uncomfortable. This is why, ever since the video dropped, Childish Gambino has been getting comparisons to Kanye West. Can we give Childish a little more credit? Kanye West could never deliver something this smart and symbolic and plus, the fact that people are talking about Kanye after watching This is America is proving the point of the video and of one of Donald Glover’s standout SNL skits called The Kanye Place.

The skit is a play on The Quiet Place and a group of friends would rather yell about Kanye’s latest tweets than save their own lives from monsters. Basically, they are so distracted by Kanye they can’t focus on what really matters. It’s a hilarious sketch but it’s also EXACTLY WHAT IS HAPPENING. Pay attention. Get out of the Sunken Place (the This Is America SNL performance was introduced by Daniel Kaluuya, also not a coincidence). Stay woke.

No matter how you feel about Donald Glover/ Childish Gambino, there’s no denying that he delivered a momentous piece of work this weekend. He entertained us and then kicked us in the gut with questions on how we should consume that entertainment. He left people in awe and others outraged. He gave us a music video that requires multiple viewings and hours of processing. I’m sure I’ll have many more questions after I watch it five more times today but my lingering one is this: HOW is this man so good at all of the things? 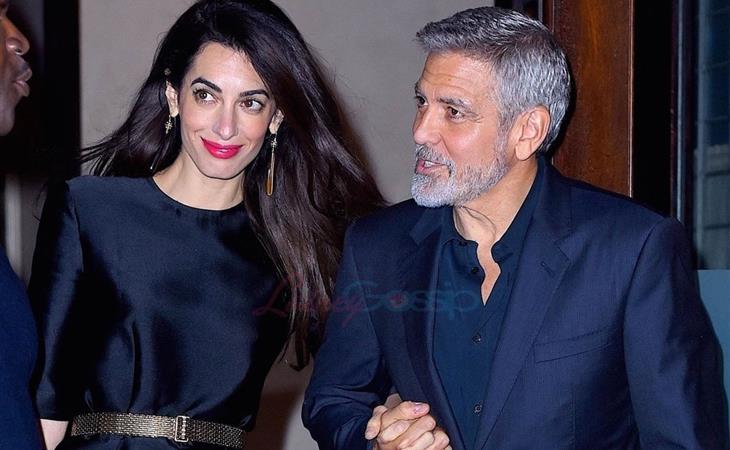 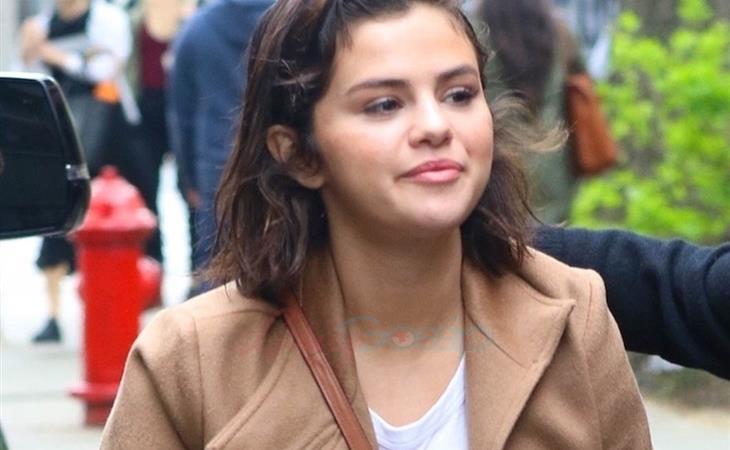