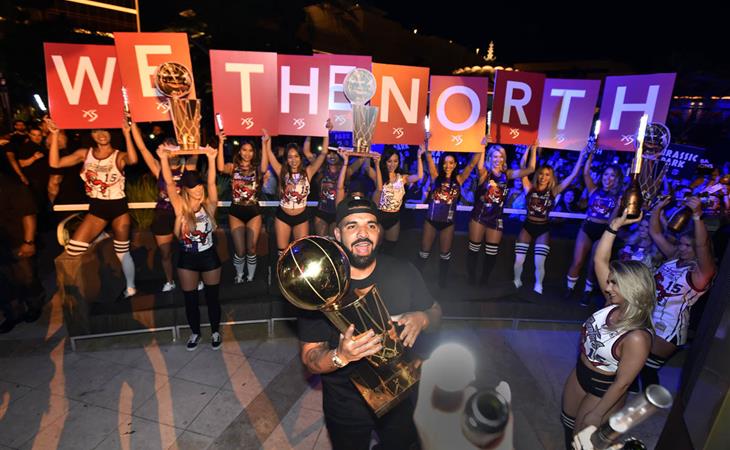 I’m writing this during the Raptors championship parade in Toronto. Right now the players are making their way on buses through the city, headed for City Hall, where a rally will take place. Doesn’t feel like anyone is working today here. Construction workers are hanging off scaffolds. Thousands of kids are clearly not in school. Office workers are on high rise balconies. Everyone is jammed up against the window. They’re all waiting to see Kawhi Leonard and Kyle Lowry and more. Also, of course, Drake. The rumour is that he’s going to be performing.

Drake hasn’t come down since Thursday – literally and figuratively. He watched the Raptors win in Toronto. From here he flew to Vegas, on Air Drake, his own plane, to meet up with several of the players where they partied all weekend at the Wynn. On Friday night, Drake brought them out on stage, with the Larry O’Brien trophy, holding onto it like it was his.

XS at the Wynn temporarily became Jurassic Park. Here’s some footage from Drake’s party – and there’s more at this Instagram account:

Drake has a residency at the Wynn. He released two new songs this weekend, “Omerta” and “Money in the Grave”. Here are the lyrics from "Omerta":

He’s supposed to be doing 12 shows. That’s the math. This is why, a year after his beef with Pusha T, he’s smug as f-ck. His team just won the NBA championship. His f-cking logo is all over the team. He’s making money on money on money. Euphoria, the HBO show he produced starring Zendaya, is generating all kinds of buzz. And, LOL, Air Drake is flying above Toronto right now, the only aircraft in the sky, getting allllll kinds of camera time, like it’s a royal flypast. Which means the private air company that outfitted the jet for him, in exchange for promotion, is definitely getting it.

And … now he says he’s designing the championship rings. On Instagram Live on Thursday night – did you see it? It’s almost 10 minutes, I’ve embedded below, and it’s basically a comedy show. He’s SMASHED. He’s SO extra. And he drops the detail that he’s going to be doing the rings.

Which means, whenever those rings are ready, he’s going to be the MOST Drake that Drake’s ever been.

Why is there a portrait of Mao Zedong in his apartment? The original Warhol was auctioned off to an anonymous Asian collector back in 2017 so Drake’s is probably a print. Unless, you know, this is another flex. 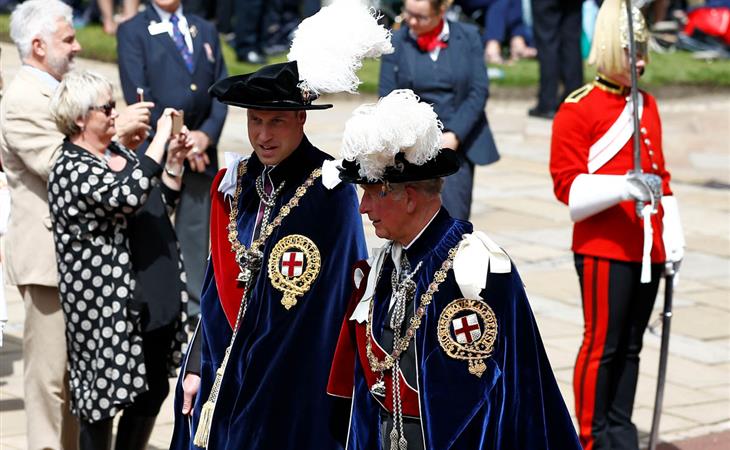