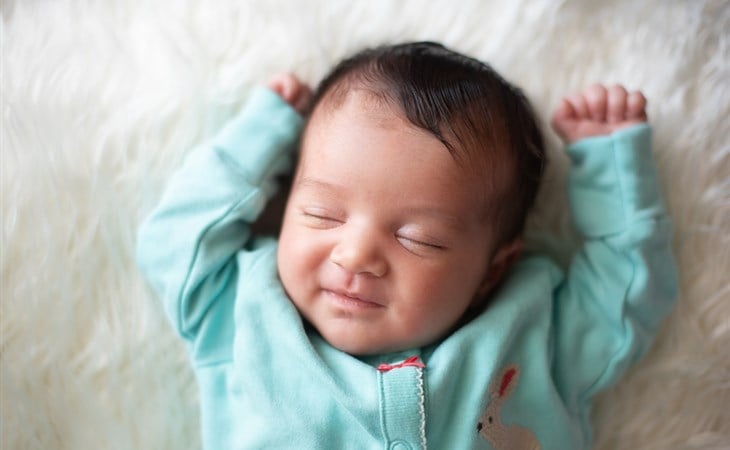 Duana Names: But What About… Everything!?

We're pregnant without our second--this time a girl. She's due in early April. Our son is Luca Alexander (Alexander is a family name) and he has a hyphenated last name (two syllable name that starts with S - another two syllable that starts with B). It's a mouthful, but we don't care--we both felt strongly about hyphenating.

Names we like include:
•    Lola - We both love it, but it's too much like Luca, so we've basically said no to this name (plus, "Whatever Lola wants, Lola gets" is too much of a warning to ignore)
•    Phoebe - Love it, but my husband just thinks of Phoebe on Friends (my response: "But what about Phoebe Waller-Bridge, the greatest talent of our time?")
•    Naomi - Love it, but pronunciation is a little confusing "Nay-oh-mi" vs. "Nye-oh-mi" and I'm not even sure which pronunciation I like better. (See, I'm also confused about this name!) I love that this name sounds pretty and also strong. Some great women with this name!
Some other ones on the list include Edith (Edie), Vivian, Ione, Fiona (used to love Fiona but my love has started fading--not sure why)...

Other factors... My grandma's name was Jeanne and we like that as a potential middle name, but are pretty open/flexible at this point. Also, my husband is half Korean and his mother's name was Suk ("Suki"). If there's a way to bring his Korean heritage into a name somehow, that would be nice too! For example, we like how international the name Hana is -- Korean, Japanese, Albanian, Hawaiian, Hebrew, etc. It might be too much like the extremely popular "Hannah" for a first name, but it could be another contender for a middle name. Other family cultural affiliations--German, Scottish, English, Russian. And we're not at all religious.

Anyway, that's my giant brain dump on all the things we're thinking about names! I'd love your eminent wisdom and guidance on this!

I mean, all I can think about – all any of us can think about, really – is the patently obvious. Which, as you can imagine, is super healthy and not obsessive at all!

But it’s kind of amazing and a bit hilarious that the only people who DGAF about social distancing and the general apocalypse are babies, so with that in mind…

I would probably say this to anyone, but especially now, especially for you, I would say the priority should be ‘don’t overthink this’. Like obviously this is your kid’s name and it’s vitally important, so I would give it the required amount of thought, but I can see a world where regular levels of obsession go through the roof, so the following is about pacing yourself, okay?

I agree wholeheartedly that Lola is very close to Luca in a way that’s going to feel imitative, not complementary, so I agree with you that it’s out for you. But in general I think ‘whatever Lola wants, Lola gets’ is not a lyric most people know, so I wouldn’t ever dissuade someone else from choosing it as a result (and I say this as someone who’s following many, many musical theatre lyrics Twitter bots).

Similarly, your husband can’t think of Phoebe without thinking of FRIENDS… and so? I mean, if he doesn’t like the name, he shouldn’t have to use it, but this is a conundrum that a lot of people seem to get caught in. The idea that a name makes you think of a famous bearer is kind of a fact unto itself, but unless the name is, like ‘Manson’, that’s not a negative! Yes, ‘Phoebe’ was relatively unusual when the show came out in 1995, but it isn’t now.  Plus, yes there’s Phoebe Waller-Bridge, but also Phoebe Caulfield, and a million Phoebes in books (there’s one in Judy Blume’s Summer Sisters which I might be rereading again), and overall, just having a pop culture association – especially with someone as fundamentally cool, all these years later, as Lisa Kudrow – is not a reason to neglect a name.

Then, where Naomi is concerned, I think – you choose the pronunciation you like, and everyone will follow suit. People named Naomi should feel free to correct me, but I think that, unlike the “Alicia” conundrum from last week, NAY-oh-mi and NYE-oh-mi are considered to be on kind of a pronunciation continuum, and generally people have a preference but answer to both?  Either way, it’s a great name and if you love it, that’s what should be paramount.

Where your other choices are concerned, Edie seems like a bit of an outlier (but not too much) where Vivian, Ione, and Fiona all have a similar tone (and emphasis on N) that are stylish and charming, so it really comes down to what you love best.

That said, if they all just feel kind of well-worn at this point and you’re looking for more inspiration, I’d go back to the Greek names that gave you two of your three top choices in the first place. Daphne comes to mind, of course, as do Ariadne and Calliope and even Xanthe if you’re feeling fancy.

If they feel too out there, Penelope is the epitome (heh) of a name that used to seem outlandish and is now utterly de riguer, and you might also love Lydia (not unlike Fiona in it’s crisp-but-shortness) or Rhea or Thea – the latter of which strikes me as being a really nice match with Luca, and easy to pronounce, to boot.

I do like Hana, especially in the middle name position where (as per ‘My Sister Insists’)  it’s less likely to become “Hannah”, and Suki. And where Jeanne is concerned, I actually wonder (possibly brought on by the press around Netflix’s revival of The Baby-Sitters Club you guys, they did such a good job on Claudia!!) whether you might want to consider Janine. Especially with a three-syllable name, or a first name with the emphasis on the first syllable, it could be a great nod to your grandma and a charming balance! Daphne Janine… Naomi Janine… think about it!

Enjoy digging out your BSC novel collection (hey, we’ve all got the time) and let us know!