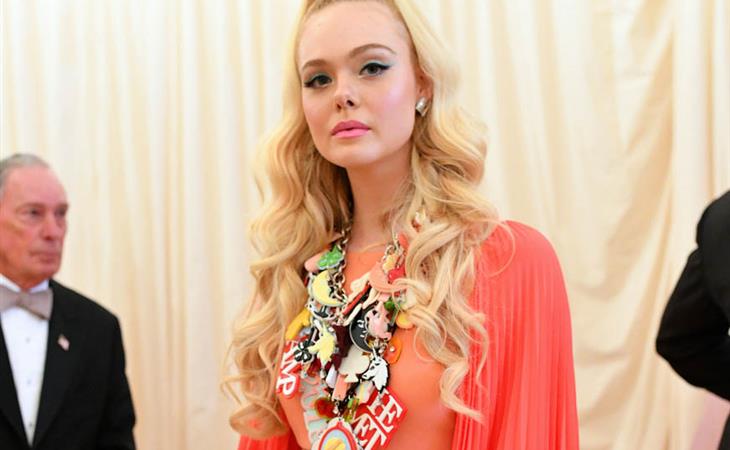 It was an embarrassment of riches last night. This theme brought out one of the best overall showings in years. But while some of the people we loved are the ones we expected to (looking at you, Celine) part of the reason this look gets my best dressed is that it’s so unexpected.

As of this writing Elle Fanning is 21, and she’s been around – and in fact a red carpet staple – for a long time. I shouldn’t be surprised that she has confidence and creativity in a forum she really knows the ropes of, but when all’s said and done, I just loved the sh*t out of this because she was utterly on theme but also utterly herself.

So as Fanning herself describes, her entire ensemble is Miu Miu, and the fingernail charms included a McDonald’s Apple Pie and a Coors’ Light. The charms on her necklace, though, were ones that her mom collected ‘in the 80s’, and I just had a straight-up flashback to the purple charm necklaces we all wore for a while. Mine was purple and I had a charm shaped like a telephone; I would give a lot to see those charm necklaces right now!

She called her inspiration Malibu Barbie, but for me the campier choice, which she embodies entirely, is I Dream Of Jeannie – how much more camp can you get than a housewife who’s a literal genie? She just seems so happy and pleased with her choice, and not at all anxious about whether people will like it, which she should be, she nailed this look…

And then I realized that maybe in the end the reason she eked out all my other favourites is because Elle Fanning has sort of a passing resemblance to Elsie Fisher, and while Fisher’s red carpet style couldn’t be more different from this look, I couldn’t help but think of Fisher’s character Kayla in Eighth Grade, and how much I fervently hope there’s a moment like this in Kayla’s future, where she’s doing something outlandish and extra and absolutely loving herself for it. Not for nothing is Camp the beloved subculture of people who have always felt hemmed in by rules – and while I’m not going to pretend Elle Fanning isn’t at the very tippy-top of the privilege pile for a whole host of reasons, I hope everyone, including fictional Kayla, has a chance to feel as delighted with themselves being over the top and extra as Fanning did here.

Which is the entire point of Camp, that that feeling is for everyone. The fact that I’m crossing my fingers for a fictional tween, though, is my dorkiness alone. 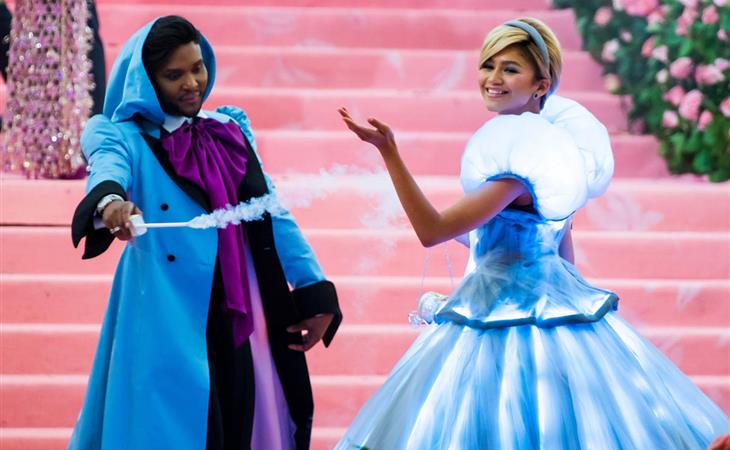 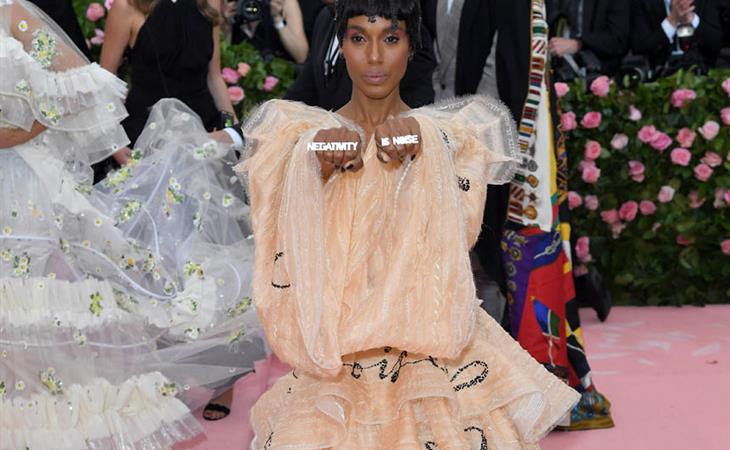