I just got home from a weekend in Nashville so I’m only now catching up on everything I’ve missed other than Apesh-t because, know this, I will always hear the Beyoncé alarm. Even when it’s hot as f-ck in Tennessee and I’ve just walked from Vanderbilt to Germantown about to faint on the side of the road, when they ring the alarm, I will hear the call. Anyway, Mexico beat Germany at the World Cup. It’s a big ass deal. And I totally believe that this was the reason for it. Elders of all cultures have the magic to affect sports results. (Dlisted)

It’s not just the gun on the dining table. For me, it’s the combination of the gun and the lighting. This is NOT great lighting. And, at this point, given what all the cameras on our phones have taught us, I’m pretty sure we all care about lighting. Also filters. So the choice to go with this kind of lighting – grey and raining and hopeless – well, it’s giving me Handmaid’s Tale vibes. (Jezebel)

Emilia Clarke is saying goodbye to Game of Thrones. It’s the Khaleesi’s farewell. Which is fine for her. But for the rest of us… we would like to say goodbye too. Only it’s still a mother of a goddamn wait before we get the chance to. Like over half a year. Probably three quarters of a year. It’s only June right now. There will be no new episodes until 2019. Like April 2019. So good for you, Emilia. Can you do something about making this happen sooner for us? (Just Jared)

Not sure anyone needed any more confirmation that Ariana Grande and Pete Davidson happened FAST. We can see that it happened fast. But here’s more detail about how fast it happened – apparently he and Cazzie David were only “on a break”. And that’s a loaded expression because of Ross and Rachel and whether or not that qualifies as cheating. What’s hilarious about this relationship is that the timeline of their hookup isn’t the conversation. THe conversation remains the fact that they literally started seeing each other one fresh month ago and now they want to get married and cannot stop themselves from showing the intensity of their love at every opportunity, while the rest of us, the love cynics, stand off to the side muttering “uh huh, just wait, you’ll see” under our breaths. (Cele|bitchy)

The MTV Movie & TV Awards happened on Saturday. But the telecast is tonight. So we’re going to get to what happened at the show and most of what happened on the carpet tomorrow. Somewhere in there, there’s a conversation too about how confusing it is these days to cover something that doesn’t get broadcast live. Anyway, here’s Tessa Thompson in a red outfit that most people probably hate and that I love a lot. It’s weird and it’s like 3 sacks happening at the same time and I’m not mad at it at all because it’s fun to look at different silhouettes. What is the point of fashion when the standard for everything is a very conventional “pretty”? (Go Fug Yourself)

Obviously my whole life right now is reading anything I can about how Beyoncé decided to remind everyone famous that whenever she does something, nothing else matters. Here’s a great piece about the Beyoncé Effect. I should tell you here that I texted Kathleen about it when she was about to board a five hour flight. She immediately texted back in a full panic because it was a five hour flight. And she couldn’t listen to it until she landed on the other side. I’m convinced she was actually considering not getting on the plane. (The Root) 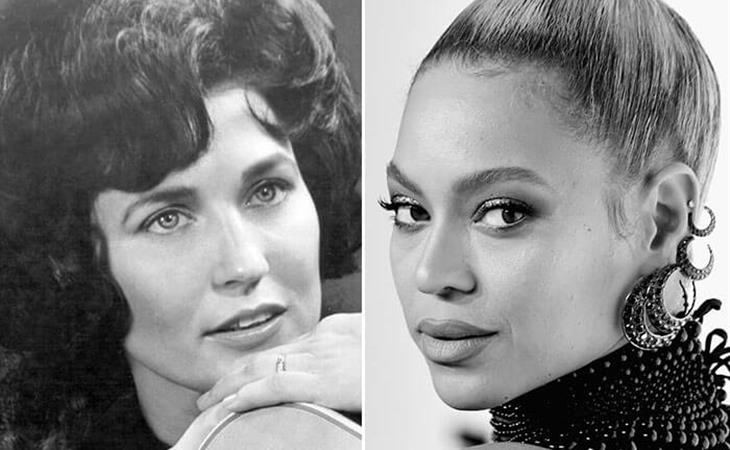 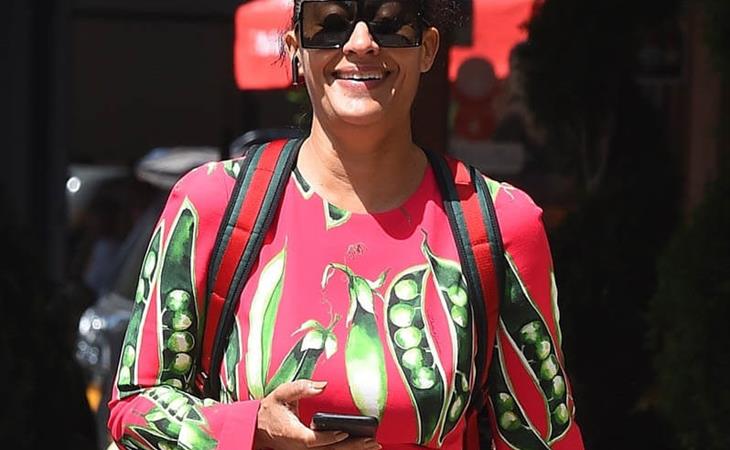