I am still doubtful that The Flash is a real movie, but I must admit, evidence is mounting that DC’s most beleaguered film adaptation is actually happening. The latest clue comes from DC Fandome, during which Ezra Miller—I guess we’re just never going to talk about what happened in Iceland?—appeared via video feed to introduce the first look at the film. In his introduction, he referred to “my maestro, Andy”, which would be Andy Muschietti, director of It and taker of the last seat in the game of musical chairs that was finding a director for The Flash. Miller then proceeds to talk about how though they are filming The Flash—ARE they, though?—there is still not enough footage to make a teaser. I believe you! Because I don’t think this movie is real! But then, Miller sets up a clip which is actually…a teaser. Like a legit, one-minute teaser for a film that is in production and coming out next year. Is…is The Flash REAL? At LAST?

The teaser shows off Miller in action as not one but two versions of Barry Miller, one with short hair, and one with long hair (so one of them is evil, for sure). There is also a glimpse of Sasha Calle as Supergirl, but the big tease is Michael Keaton’s return as Batman. He is heard in voiceover, and his iconic, pointy-eared Batsuit is seen in silhouette in the Batcave. There’s also a tease of the Burton-era Batmobile, still the best Batmobile committed to film. The Flash is DC’s way into a multiverse—Marvel beat them to the punch because it took them so long to get this movie off the ground—and though we don’t see him in this teaser, Ben Affleck’s Batman will be returning as well. The teaser looks solid, but everyone knows Keaton is the big draw, and he is deployed effectively here. If this movie actually exists, it doesn’t look half bad.

The Flash is due in November 2022. The Batman comes out in March. Robert Pattinson is King Chaos, but Ezra Miller also brings big chaos energy to fan events. Between these two, next year is going to bring us a lot of press tour gold. 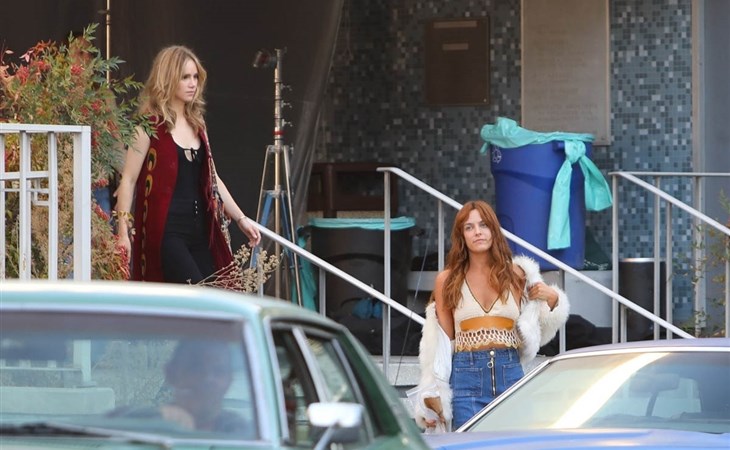