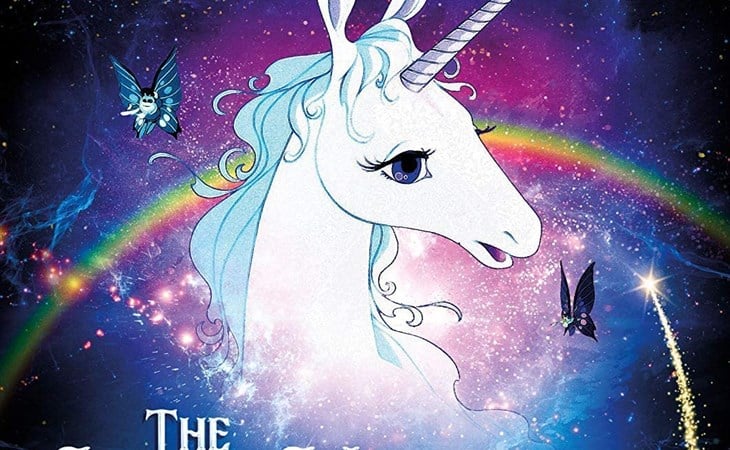 The Last Unicorn at 40

The Last Unicorn turned forty on November 19, marking its milestone release in 1982. Peter S. Beagle adapted his own fantasy novel for the film, which is directed by the legendary animation team of Arthur Rankin, Jr., and Jules Bass. Rankin and Bass are best known today for the 1977 animated film The Hobbit, and their completely demented holiday specials, such as Frosty the Snowman and Rudolph the Red-Nosed Reindeer. But The Last Unicorn is their masterpiece, a film that combines luminous hand-drawn animation (from Tokyo animation house Topcraft, members of which later went on to co-found Studio Ghibli), top notch voice acting, and Beagle’s story of magic and grief into something that not only dazzles children, but appreciates with age, growing richer and subtler as you gain the same world-weariness that affects the film’s characters.

I make a point to re-watch The Last Unicorn at least once every couple of years. This is the rare film that doesn’t just hold up, it actually gets better with time. The animation is a little stilted, it doesn’t have the graceful motion of later Studio Ghibli works, but the depth of color and emphasis on contrast, with the unicorn standing out like a beacon amidst dour, dreary landscapes, and its striking character designs, makes it always interesting to look at, even when it becomes familiar as a favorite story. And its thematic richness means you will forever be pulling new meaning from the film, even though it is technically a children’s film. I actually can’t believe I was allowed to watch this is as a kid, between the triple-breasted harpy and the villain who threatens to murder a girl to her face just to prove a point.

The film follows the last unicorn (voiced by Mia Farrow) as she seeks to discover what became of the other unicorns. She is aided on her quest by Schmendrick (Alan Alda), an unreliable magician, and Molly Grue (Tammy Grimes), a middle-aged woman disappointed by life in every possible way. There is so much to this film it’s impossible to capture it in one essay—the villain is basically just a depressed guy going about self-care in the entirely wrong way—but two moments stick with me, popping into mind at odd moments, even if I haven’t seen the film for a while. The first comes when to avoid harm, Schmendrick, whose magic is unpredictable at best, turns the unicorn into a human as a disguise. Unicorns are immortal, and they do not know of mortal things like death and regret. But Schmendrick has just introduced mortality to the unicorn, and she is horrified.

I can feel this body dying all around me.

When I was younger, that line didn’t really land with me. But the older I get, the more I find myself thinking about it. It’s not even about aging, per se, just that it takes time to understand the sensation of that line. The moment that you know your body is temporary comes differently to all of us. Some learn it very early, others not until late in life. But eventually, we are all confronted with the reality of life, which is death. The unicorn articulates that sensation so perfectly, so succinctly, and she says it not with rage but with horror, with regret. This is another thing unicorns don’t know, for how can an immortal, perfect being ever regret anything? But once human, the unicorn experiences human things, like mortality and love, both of which lead to regret.

In the process of becoming a unicorn again, the unicorn must leave the man she fell in love with as a mortal, Prince Lir (Jeff Bridges). She regrets now, because she has lost something she values. But as she says, “No sorrow can live in me as long as that joy.” Regret is often seen as a bad thing—live your life with no regrets! But here, regret is as immutable a fact of life as death. If you live, you will inevitably regret. And it doesn’t have to be a bad thing, it can simply mean you experienced something that changed you in some profound way. Accepting regret is a way of valuing the thing lost. It’s proof of that loss. The unicorn loved. She couldn’t stay, but the regret she feels is the legacy of that love, the proof that something extraordinary took place. It makes me think of the word “bittersweet”. Opposing feelings, often characterized as a negative, though, importantly, the final feeling invoked is positive: sweet. Whatever unhappiness came before, the memory is, ultimately, sweet.

But for some, the bitterness lingers for a long time. The other moment that haunts me is Molly Grue’s monologue in which she rages at the unicorn for coming to her so late in life, when she is no longer an innocent young maiden.

Where were you when I was new?

Show me the ten-year-old who can grasp the full meaning of that line. It’s impossible to understand Molly’s anger as a child, because children are new. But again, the older I get, the more Molly’s bitterness makes sense. She wanted so badly to see a unicorn, to experience some magic in the world, but she never did, and time did its job and life has taken everything from Molly—her hope, her youth, her beauty. She is, in her own eyes, old and used up, with nothing left to give. But she can still the unicorn for what she truly is, which means Molly still has an ember of warmth in her heart, even if it is one so small she is hardly aware of it. She forgives the unicorn, who at this point doesn’t really understand Molly’s anger, and it took me a long time to understand this. Why does the unicorn need forgiveness? What has she done wrong?

And then one day it dawned on me—she disappointed Molly. All Molly ever wanted was to see a unicorn, and she never did, and it’s only when she feels she has nothing left of herself that a unicorn appears. Nothing in Molly’s life has worked out as she wanted, and forgiving the unicorn is as much about forgiving herself, for her anger and her shame and her self-loathing, and most importantly, for blaming herself for how things turned out. Once she has forgiven the unicorn, all that anger, inward and outwardly directed, is released, and Molly joins the quest. As the film progresses, we see more and more of the good in Molly, her bravery and loyalty and cleverness. Perhaps she is no longer young, but she still has so much to live for—she was never used up, only tired. She still has a lot to give the world, and herself.

Like Schmendrick the Magician, I’ve been on a whole journey with The Last Unicorn. I loved it as a child for its whimsy and romance and magic, but a re-watch during my college years was a grave mistake. The ages 18-22 are anathema to sincerity, and The Last Unicorn is painfully sincere. I was mortified by the film—and everything it made me feel—and dismissed it as nostalgic trash. A few years later, though, I came across a DVD copy in the bargain bin. It was a terrible transfer, made from the pan-and-scan television master, but the magic was recaptured despite the poor film quality. At twenty, I was too in my own head to see the value of the film, but just a few years later, the magic was back. The film is like a unicorn itself, you can only see it, really see it, if your heart is open to it. You have to check your cynicism at the door, this is a film that rewards sincerity. You cannot appreciate The Last Unicorn with coldness in your heart, but if you are open to it, like the unicorn herself, it will show you something true. About life, about love, about loss, and about yourself most of all. 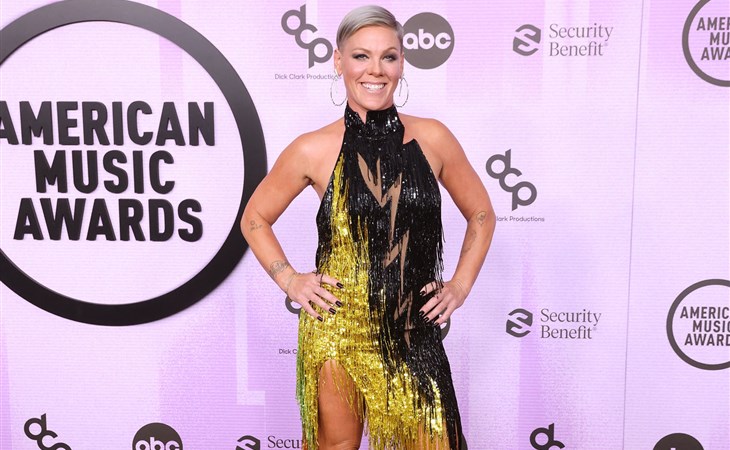 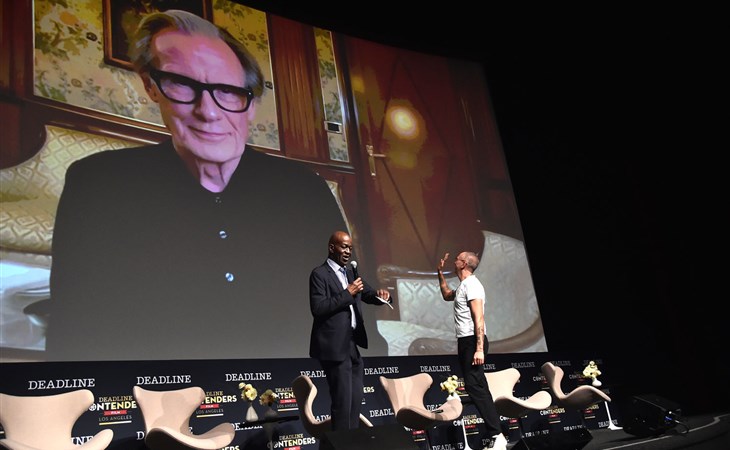