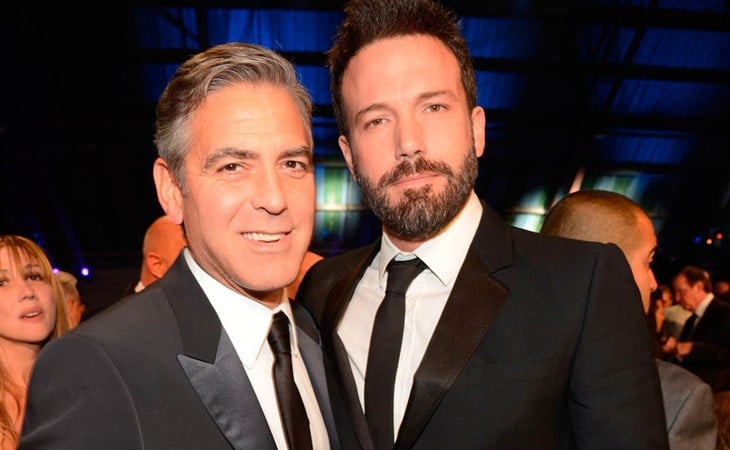 George Clooney and Ben Affleck worked together on Argo – they co-produced, along with Grant Heslov, George’s producing partner, and Ben starred and directed, and the film went on to win Best Picture. That was almost ten years ago. And now they’re teaming up again.

Deadline reported yesterday that George will next direct the adaptation of JR Moehringer’s The Tender Bar and Ben is in talks to take on the lead role. Apparently he was at the top of George’s list to star and after delivering what many consider to the best performance of his career earlier this year in The Way Back, Ben-directed-by-George might be heading to his first acting nomination?

I guess we’re getting ahead of ourselves. But this is actually a dream combination for this story. I LOVE this book. It was my favourite book of 2006, one of my favourite memoirs of all time, about JR Moehringer’s childhood, coming from a broken home, and the bar down the street became his safe space, where he found guidance, mentorship, even love.

The Tender Bar is especially poignant now, as now more than ever we miss community, the places in our communities where we have gathered and shared and laughed and mourned and hugged and talked. I can’t necessarily relate to this but there are many people whose lives, experiences, personalities have been shaped by their neighbourhood and specific locations there. More and more, as we’ve modernised, as we’ve all spread farther and further apart, this may not be a current reality anymore. And that will resonate too. I haven’t been this excited for a Ben Affleck and/or George Clooney movie in a long time.