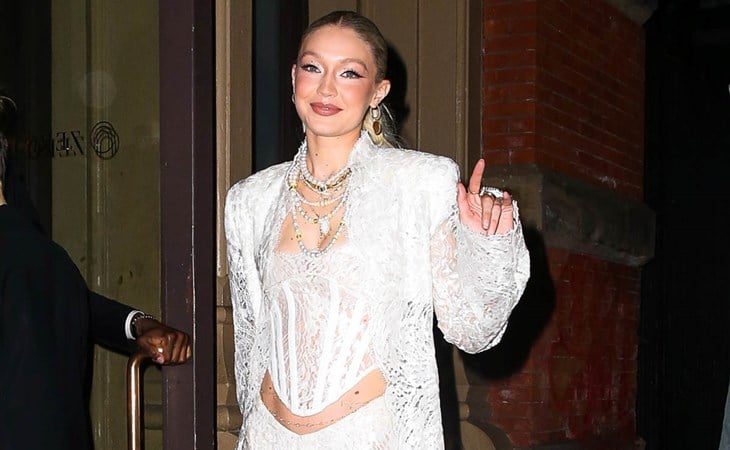 Gigi Hadid is a Met Gala regular, along with Bella, and many of her model and celebrity friends and she put on a preview of the Met Gala this weekend in celebration of her 27th birthday on Saturday. Fashion was served. And, of course, being the guest of honour, Gigi did the most.

Gigi is among a very small group of people who can make this work. She’s a professional model, she can make anything work – even a look that is borderline tacky, or actually tacky for some. But it’s right on trend with the whole late 90s/early 2000s nostalgia. My mind went to Madonna and Britney and Madonna and the MTV VMAs. And just, in general, the way pants were being worn in the 2000s.

Blake Lively, like it’s not a bandage dress, but it’s definitely giving Hervé Leger bandage dress energy from the mid-2000s. Or the BCBG knock-off if you couldn’t afford the original, lol. For a few years there, we could not escape that f-cking bandage dress. Blake herself wore one on Gossip Girl back then and now that vibe, I guess, is back with Vogue declaring in December that when people start clubbing again, after two years of the pandemic, the girls will return to the bandage vibes.

My favourite look from Gigi’s birthday is on Bella and it’s the whole school uniform thing that’s my whole sh-t right now. But also working the micro-mini trend. You’ve heard I’m sure about Miu Miu’s micro-mini is the most coveted piece of the season? Bella’s is Vivienne Westwood, there are so many options out there right now, and I love the lace-trim booty shorts that are peeking out underneath.

Like I said, it’s a Met Gala preview, and to go back to the Met Gala, Blake and Ryan Reynolds are among the co-chairs this year – they stepped out together in New York this morning. Like Gigi and Bella, Blake’s not new to the Met Gala, of course, but co-chairs usually bring a little something extra to the steps. Tom Ford is the designer representative on the chairing panel. Will she and Ryan be in Tom Ford? Even though she has a pretty close relationship to Michael Kors?

Zendaya confirmed last week that due to work scheduling, she will NOT be at the Met Gala next week. Rihanna, for various reasons, is a question mark. (More on Rihanna later today.) If those two don’t show, there’s an opportunity for others to step up to the crown. Who will it be? 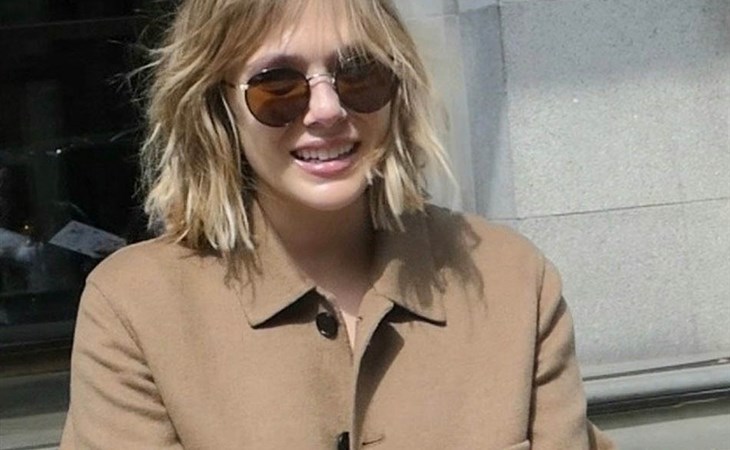 Elizabeth Olsen out and about, London edition 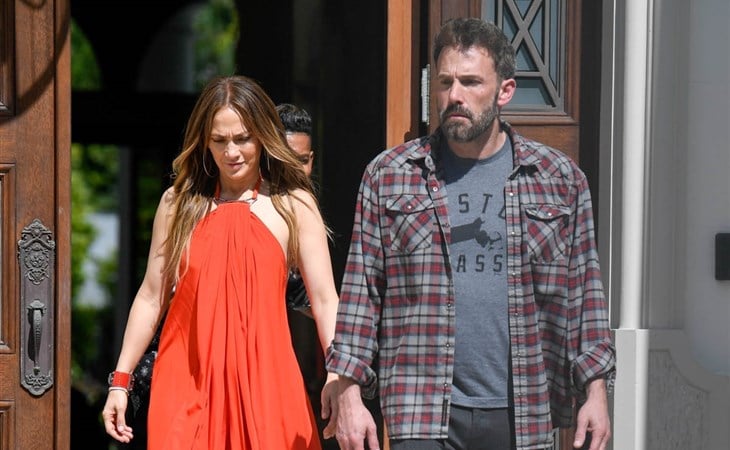