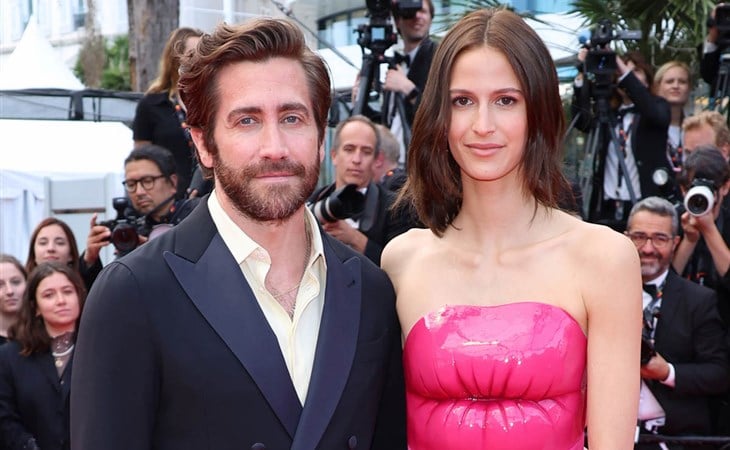 Jake Gyllenhaal and Jeanne Cadieu posed together for the first time earlier this year at the Paris premiere of Ambulance. As noted in that post, they’d previously joined Maggie Gyllenhaal and Peter Sarsgaard in the fall of 2021 but that was for a group shot. In Paris Jake and Jeanne were alone and that felt more like an official debut.

Maybe their rule is…(only) when in France?

Because last night in Cannes, Jake and Jeanne were at the Palais, putting their relationship in the biggest spotlight yet. Showing up a deux on that particular red carpet is no joke and Jeanne’s outfit served the occasion. A Loewe dress with lips across the chest and super extra silver bow strappy heels… I love them. They’re totally impractical and the only place to wear them is here because I imagine those ribbons would be a pain in the ass.

So that’s two examples in Jeanne’s home country where she and Jake have stepped out publicly together – I do wonder if that’s deliberate, if they’ll only do it in France but not in, say, New York or LA. Or will they?

In addition to Jake and Jeanne, Kristen Stewart was also at the Palais last night, alongside old friend and co-star Tom Sturridge and current co-star Scott Speedman. With the coordinated outfits and the shades, they look like a band. And they kind of played up that energy on the carpet which, I think, again speaks to how much fun Kristen has been having with her celebrity these days. 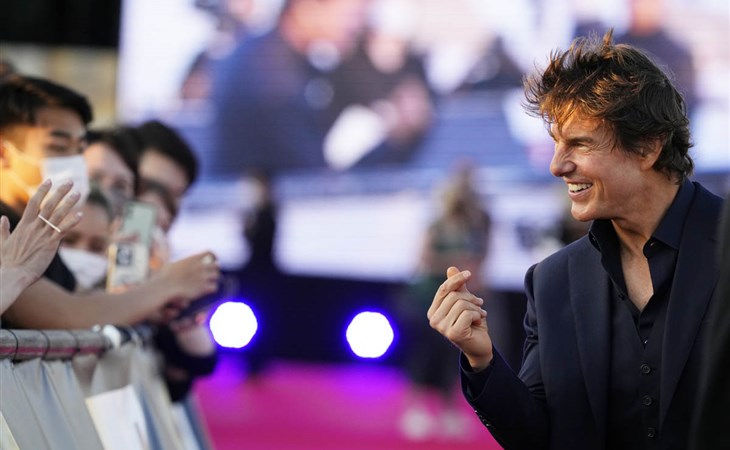 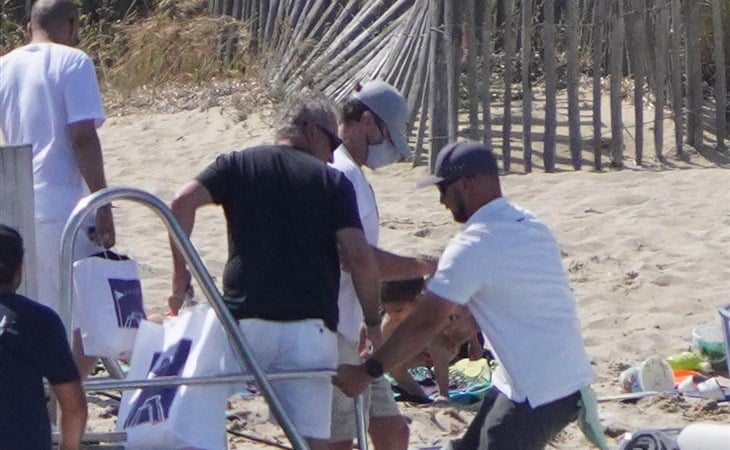