One of the big expectations for The Mandalorian season two was the arrival of Ahsoka Tano, a popular character from the animated series The Clone Wars. Well, that event transpired on Friday in the latest episode of The Mandalorian, “The Jedi”, as Ahsoka Tano shows up, dual white lightsabers in tow. It is a SPECTACULAR entrance, and one of the few moments in all of live-action Star Wars that truly demonstrates how f-cking scary it would be to come up against a Jedi. The animated shows have always been better at lightsaber action, but Ahsoka’s entrance in The Mandalorian is staged in a smoky, fire-blasted field of dead trees, her bright white sabers the only illumination, which is inherently cinematic and visually arresting. Rogue One uses a similar trick to emphasize the crushing inevitability of Darth Vader, and I do wonder if the choice to introduce Ahsoka in a similar style was purposeful, given the relationship between her and Anakin Skywalker (he trained her).

This episode is written and directed by Dave Filoni, who created Ahsoka for The Clone Wars, so it makes sense he knows best how to use her in The Mandalorian. Here she is older, wiser, and while not bitter, she’s also not jumping at the chance to train new Jedi. Ahsoka seems a little burnt out, frankly, doing her solo-Jedi Ronin thing in a galaxy where there are like, three known Jedi: her, Luke Skywalker, and Ezra Bridger (wherever he may be). The prospect of having a live-action Ahsoka bouncing around the Star Wars universe is cool, though it is tainted by Rosario Dawson, who plays Ahsoka in The Mandalorian. Last year, Dawson, alongside several family members, was named in a lawsuit alleging transphobic abuses and discrimination against  Dedrek Finley. That is not great, especially when added to the already controversial presence of Gina Carano on the show, another person tipping the transphobic scales in Star Wars. It would be nice to enjoy live-action Ahsoka Tano without all the baggage, but here it is: baggage.

“The Jedi”, though, is a strong episode of The Mandalorian. The show remains mostly devoted to Mando and his adopted space son bouncing around the galaxy on their way to reuniting Baby Yoda with his species on whatever planet they’re from. Oh! We now know Baby Yoda’s real name. Because Ahsoka is also Force-sensitive, she can communicate telepathically with him, and we learn his name is…Grogu. Yes, that’s right, Baby Yoda’s real name is a typo of “Gogurt”. As you can imagine, this has not been terribly well received by fans, and no one is calling Baby Yoda “Grogu”. He is still “Baby Yoda”, because that is fun to say and “Grogu” is not a catchy name. It does not roll off the tongue. If his real name was catchy, like “Bambi” or “Groot”, it would have caught on instantly. Instead, he is still “Baby Yoda”. It’s just WAY better branding at this point.

Still, Ahsoka drops a lot of info on Mando. Besides Baby Yoda’s name, she tells him that Grogu—I don’t even like typing it—was raised in the Jedi temple on Coruscant, but was taken by some mysterious figure when the Jedi Order fell during the events of the prequel trilogy. She says his memory is “dark”, and she also declines to further train him in the Jedi ways. Baby Yoda has formed too close of an attachment to Mando, whom he sees as a father, to make for a good Jedi now. Ahsoka more than most knows the risks of training emotionally dependent people—she saw Anakin Skywalker’s fall from grace up close. And while no one invokes Anakin’s name here, his specter hangs in the air when she says that Grogu’s attachment to Mando makes him fearful. We all know where fear leads most Jedi.

There are also larger plot implications in this episode which hint at possibilities for season three. Ahsoka is searching for Grand Admiral Thrawn, a villain first created by Timothy Zahn in his enormously popular “Thrawn trilogy” of books in the extended Star Wars universe. Those books were tossed out of continuity when Disney took over Lucasfilm, but Thrawn was saved from the rubble by the animated series Star Wars Rebels (which also features Ezra Bridger). So far, the big bad of The Mandalorian is Giancarlo Esposito’s Moff Gideon, but here Ahsoka is hinting at an even bigger, much more villainous big bad. Could Thrawn be pulling Gideon’s strings? Or are they just working to parallel ends?

I am leery of The Mandalorian going too hard into established Star Wars ground, but so far, the show seems most interested in bridging gaps with the animated series. Besides Ahsoka Tano, this season of The Mandalorian introduced Bo-Katan, another animated character who jumped to live action (and is played by Katee Sackhoff, who also voices the animated version), and wants that Darksaber Moff Gideon is towing around. I’m not quite as annoyed by The Mandalorian dipping into animated territory because those shows don’t have nearly the audience of the Star Wars movies, so these characters and storylines will feel fresh to most Mandalorian viewers.

But in this season, especially in the last couple episodes, you can feel The Mandalorian doing some lifting for the sequel trilogy, trying to, if not explain outright, then at least provide context for how the First Order came about after the fall of the Empire. Specifically, Ahsoka Tano wants to know who is still producing new Empire fleet ships, which could then explain where Palpatine’s fleet came from in The Rise of Skywalker. The animated Star Wars series have carried a lot of water for the films, especially The Clone Wars for the prequels, but the television shows shouldn’t be encumbered by sh-tty storytelling on the film side. If you blow it, you blow it. Don’t make your TV shows clean up the mess.

If The Mandalorian wants to connect to the animated series and continue expanding stories outside of the main trilogies, fine, okay. But using these shows to fix sh-t the movies f-cked up just makes it boring. I do not care about Thrawn manufacturing Empire ships to explain away the continuity blip in The Rise of Skywalker. I’m much more interested in what plans Thrawn may have to take over the galaxy now that the Empire is gone, and whether or not he has anything to do with Moff Gideon—who seems to be engaged in research to preserve/clone dead or dying people, LIKE PALPATINE, again mopping up for The Rise of Skywalker—and how they are stopped and who stops them. Just let The Mandalorian breathe, let it occupy its own space. It’s cool if they want to turn some popular animated characters live action, but by the goddess do not turn The Mandalorian into a primer on the sequel trilogy. Just give us more Baby Yoda enjoying macarons and let us be. 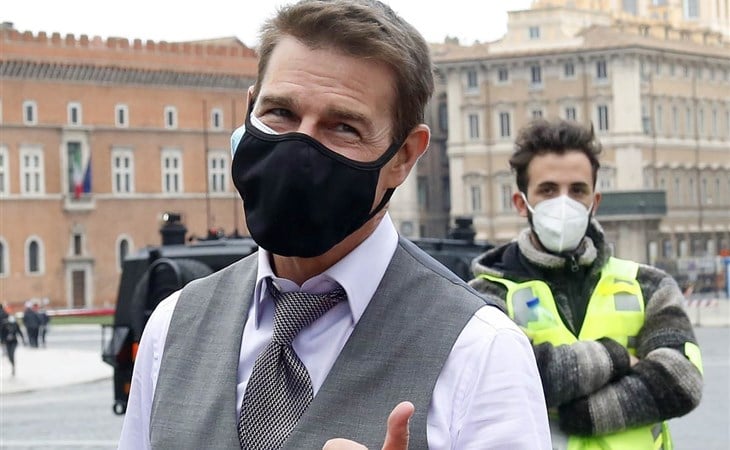