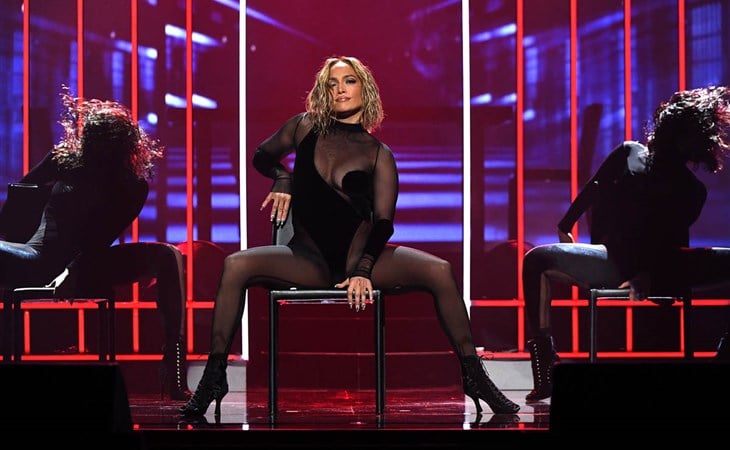 Beyoncé, “Drunk in Love”, Grammys 2014. The wet hair cut just above the shoulders. Performing in silhouette. The chair. The whole vibe of it all…

Beyoncé performances are cultural moments, they’re branded into our collective pop culture memories. So it’s not surprising that a LOT of people made the comparison last night when Jennifer Lopez showed up on stage at the American Music Awards last night. I’m not saying there was any rage about it. I’m just saying it was noted. Because it was obvious.

That was what we talked about first on the group chat where JLo is concerned. And then, pretty quickly, it turned into a discussion about all the JLo that we were seeing during her “Pa’ Ti + Loney” performance with Maluma. Because that was a BODYSUIT, holy sh-t. A bodysuit that was basically just hosiery. That material is so unforgiving. And it’s not like she wasn’t moving around. JLo was writhing around. She was doing one-arm pushups, descending from a chair. She was demonstrating her flexibility with all kinds of leg splits and lunges. One snag, in other words, and the whole sh-t falls apart. But also… the tightness on display here! At this point the group chat was just… “HER BODY, OMG HER BODY” back and forth.

And yes, I know, the usual sh-t we say when a celebrity is as fit as JLo: well she has the money and the time!

She does have the money and the time. And the genes.

Can we talk about the chemistry between JLo and Maluma though? There was that one moment when they were literally breathing each other and, well, I mean I wondered. They’re entertainers, of course. And it’s part of the art, of course. And they’re in a movie together that’s coming out next year so they’re obviously working the early promo… but still. I don’t know how anyone can ignore the heat of JLo and I don’t know how anyone could ignore the heat of Maluma. 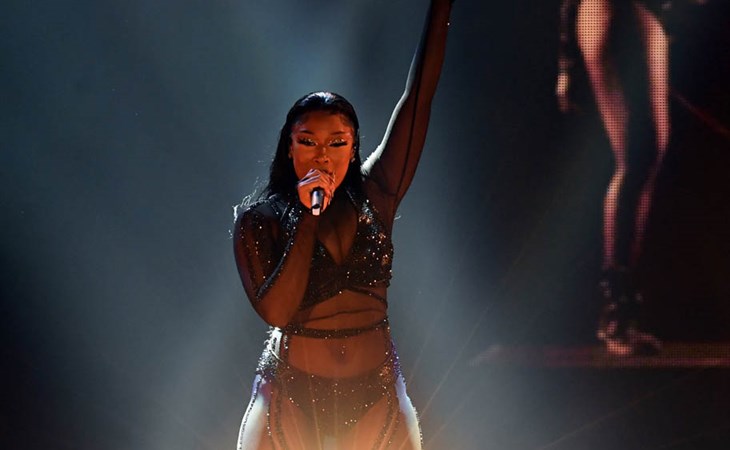 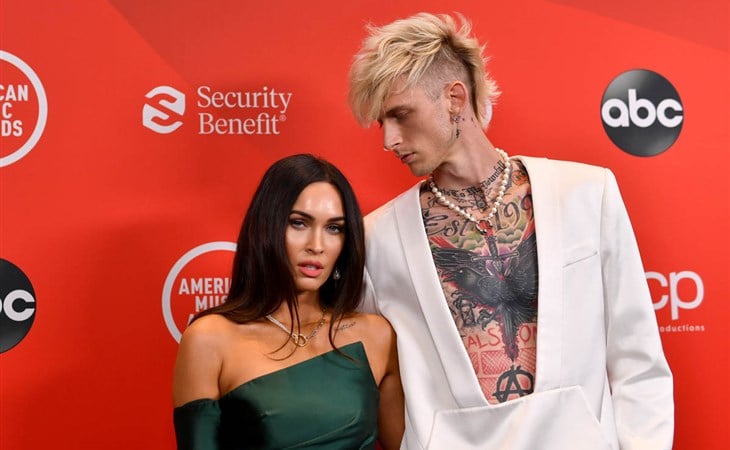 Megan and MGK: Lust on the Red Carpet