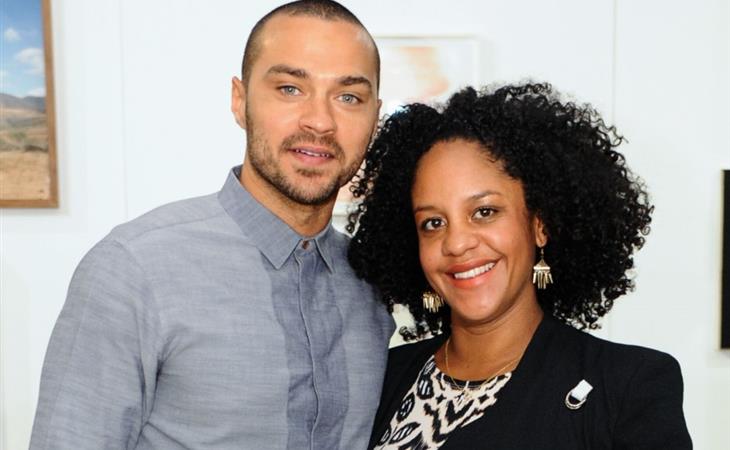 “A little wince.” In a piece for Essence in 2010, that’s how Jill Scott described her reaction when a black male friend told her he had married a white woman. The piece received an onslaught of vitriol. Scott was called a racist. To avoid repeating Scott’s fate, I should probably skip this admission but I’d be lying if I said I’ve never winced. All of my black girlfriends have also admitted to The Wince. There’s an unspoken thing that happens between black people when we encounter each other on the street – especially in the predominately white spaces I grew up in. Usually, it’s a nod. Sometimes, it’s a smile. And if it’s between a black woman and a black man with a white woman on his arm or vice versa, it’s something else entirely.

Six days ago, it was reported that Jesse Williams filed for divorce from his wife Aryn Drake-Lee citing the classic “irreconcilable differences.” A couple hours after the news was confirmed by PEOPLE, TMZ reported that Williams had been “hanging out” with Minka Kelly. Actor leaves non-famous wife (allegedly) for another actor. This sounds like a typical LaineyGossip story. If it were another actor, we would probably classify this as good gossip and have a team e-mail thread going dissecting the split. We are in the business of writing about celebrity breakups. Normally, we wouldn’t have waited six days to analyze the sh-t out of this one. But we haven’t run anything about Jesse Williams until now because a story about Jesse Williams cheating on Aryn Drake-Lee with Minka Kelly – whether it’s true or not—is not just about infidelity. It’s not just run-of-the-mill gossip fodder. This story is important because it is about this particular black man divorcing his black wife to allegedly move on with a white woman.

When I first read the news that Jesse Williams and his wife were divorcing, I think I laughed and made a joke about how we all finally had a chance with Black Twitter’s #1 Boyfriend. Of course this is an insensitive reaction to the dissolution of a marriage – especially one between a seemingly happy, stable black couple. Sometimes, I can be an asshole. A few hours later though, when the Minka Kelly rumours started, I was no longer laughing. In fact, I winced. There’s that wince again.

To the uninitiated, The Wince can be hard to explain. It’s uncomfortable and rarely talked about out loud because it often gets misconstrued as unfounded jealousy or bigotry towards interracial relationships. But this isn’t that. My partner is white. I’ve written before about the quiet courage of interracial love. The issue here is not that Jesse Williams may be dating someone outside of his race; it’s that dating outside of your race, as a black man, has traditionally been viewed as a status booster and this seems to be exactly what Jesse may be perpetuating. The Wince is not rooted in hatred. It is an unconscious reflex steeped in a complicated history of oppression, white supremacy and the correlation between dating or marrying white women and success.

According to Page Six, the “real reason” Williams split from Drake-Lee, his wife of 5 years and partner of 10, is because… he wants to be more famous. Seriously. You think you know someone. Page Six’s source claims that “(Aryn) poured money into this relationship and sacrificed her life for him, and now he wants to go out and be the hot single Hollywood guy. Jesse wants to . . . do whatever he thinks will make him a bigger star”.

If this is true, there’s a lot to unpack. Let’s start with the language:

“Do whatever he thinks will make him a bigger star.”

Again, IF this is true, one of the first things Jesse Williams did on his path to hot Hollywood stardom was to allegedly hook up with Minka Kelly, a white actress. (I should note that Jesse has cryptically dodged questions about the rumours.) If she had been black, this would be a different conversation. If he had been with a white woman for the past 10 years and the trophy wife trope didn’t exist, I probably wouldn’t be writing this piece. In this specific story, however, it’s hard not to connect the dots from success and fame to whiteness. The message is that if you want to be a bigger star in Hollywood, you need a certain kind of woman on your arm – that a moderately famous white woman is still seen as a step up from the black woman who carried your broke ass on her back and birthed your children. To black women, of course that feels personal. It feels personal because we’ve seen it over and over again.

When he get on, he’ll leave your ass for a white girl.

Those Kanye lyrics started as a cutting observation and now, they’ve become a hurtful cliché. Is Jesse Williams, Woke Bae of all Woke Baes, now a f-cking cliché? He’s a black activist whose appeal to black women is intrinsically tied to his constant acknowledgment of the struggles specific to black womanhood. In his epic speech at last year’s BET Awards, Jesse Williams said this:

“This is also, in particular, for the black women who have spent their lifetimes dedicated to nurturing everyone before themselves. We can and will be better for you.” He also said he was, “done watching and waiting while this invention called whiteness uses and abuses us.”

When I was re-watching his speech, which holds up as breathtaking, vital social commentary, I thought about Aryn Drake-Lee and also all of the black girls who stanned for Jesse Williams partially because he had a black woman who look like her –curly hair, naturally curvy body and all—beside him, holding him down while he rose to fame. When Jesse said that Aryn “stuck with [him] through thick and thick and thick and thin,” that meant something. The possibility that Aryn may now be tossed aside after all those years as Jesse’s “ride or die” just for someone hotter (by Hollywood standards) and whiter is heartbreaking but it’s also a narrative black women know all too well. See: Lemonade.

Some of you might be wondering what any of this has to do with Jesse Williams’ activism. Why make his personal life political? Why not just call out Williams for the rumours he cheated on his wife, peg him a philandering asshole and move on? After all, even MLK had his own share of marital indiscretions. Why even point out Minka Kelly’s race at all? I wish it were that simple. But ignoring race is not a luxury afforded to black women. I’ve quoted this Dee Lockett line before and in this case, it’s extremely relevant: “[Black] love is always political, it has no choice. When it fails, it’s a failure for all black lovers.”

A few months ago, the story of Eartha Kitt talking about Harry Belafonte was making its rounds on Twitter and it has resurfaced since the Jesse Williams news. In 1960, Eartha Kitt married Bill McDonald, a white man, and here’s what she had to say when asked if she faced scrutiny for that choice:

“People would say ‘Why didn’t you marry a Black man?’ I would reply, “Because the white girls had them!’ The men I wanted to be with, Sidney Poitier, Harry Belafonte, dated predominantly white women. I’m talking about the 50s. When Harry Belafonte picks me out of his bed in Philadelphia and said: ‘I don’t want you to take me seriously because no Black woman can do anything for me’. I could not help him to progress into where he was going to go. ‘A black woman would hold a black man back’, that’s what he told me. If I wanted to marry a black man there wasn’t one because the white girls had them.”

To recap, HARRY BELAFONTE kicked Eartha Kitt out of his bed and his reason was because “no black woman [could] do anything for [him].” This is coming from one of the most celebrated contributors to the culture ever. I know this story is some f-cksh-t but it still stings every time I read it. This mentality that black women are worthless or lesser than our white counterparts has been propagated in our movies, our TV shows and our workplaces throughout history. According to Harry Belafonte and so many black actors, athletes and rappers, the boxes to check on the road to success include mansions, nice cars and trading in your black girl for a shiny new white one. Eartha Kitt’s story taps into the complexity surrounding interracial relationships in the black community.

One of the questions I asked myself when I was approaching this piece was, “Is it hypocritical that I have felt The Wince when I am in an interracial relationship myself?” I asked the same question to my friend Allya, a black woman who is married to a white man. She noted that the way black women are perceived when we’re in interracial relationships is different than how black men are viewed. Eartha Kitt was called out for having a white husband in a way that Sidney Poitier and Harry Belafonte were not. Look no further than the reaction to Serena Williams’ engagement to a white man compared to, for example, the non-reaction to Tristan Thompson and Khloe Kardashian.

Growing up, I had a years-long crush on a black boy with glasses and a sweet smile. He was the only other black kid in my class and he became my best friend. I loved him every day from elementary to high school. Despite all my (tepid, awkward, teenage) advances, I watched him choose white girls over me again and again. Allya shared a similar story with me when we talked about Jesse Williams. Her first romantic rejection came from the only other black boy she knew and also had a crush on. Black women, how often have you heard a black man explain why he doesn’t date black girls? I can name three occasions off the top of my head. I don’t think it’s fair to say that Allya and I both ended up with white men because of the rejection we faced from black men. It’s unfair because it’s simply not true. It’s not like either of us swore off black men after our childhood heartbreak. And, of course, there are many black men who love, respect and marry black women. But these rejections, and being constantly told through pop culture and those super depressing studies that claim no one wants to date black women, have definitely contributed to The Wince.

I want to make this clear: You can absolutely be pro-black and date/marry a white person. It’s just important to check our inherent biases so black women aren’t continually placed on a lower rung. Jesse Williams is a self-proclaimed pro-black activist who has spoken out about the dangers of conforming to and idolizing whiteness so you would think he would do better. If these rumours are true and he really did leave his wife to chase fame and white women, Williams may already be in the Sunken Place and not even know it. To quote Allya, “Is Jesse Williams the Shea Moisture of black men?” I laughed really hard at that but for real, IS NOTHING SACRED? 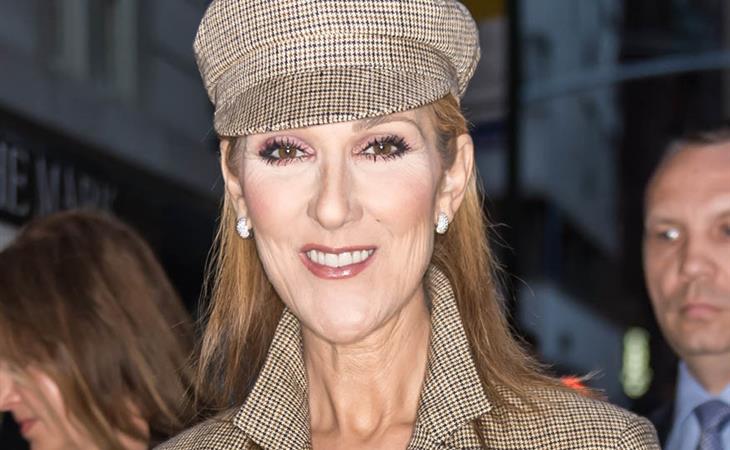 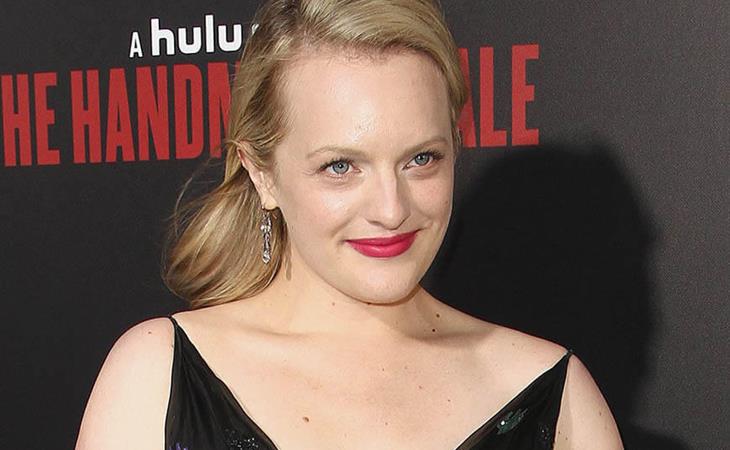