Jessica Simpson is on the cover of PEOPLE to promote her upcoming memoir, Open Book. She’s leading with a big admission: that she had a problem with pills and alcohol but is now sober. (The PEOPLE excerpt also includes details of her childhood sexual abuse.)

I’m going to talk specifically about the addiction part here because it will probably surprise a lot of her fans, but if you look closely, there have been signs, for years, that she may have been struggling. Like many young stars, there’s a “downfall” chapter to her story. We are familiar with the cycle: super famous at a young age, clubbing, partying, messy pap shots (or mug shots) and drug rumours, followed by rehab and sobriety.

But Jessica’s story veers from that: her maturation in the spotlight has been relatively scandal-free, so much so that her divorce, at the age of 25, still makes headlines. Think about that for a minute: there are dozens of celebrity divorces every year, yet we still have to hear about Nick and Jessica on the semi-regular.

Overall, she pivoted from a pop singer to lifestyle brand pretty smoothly and has been successful where many others have failed. She managed to be a “dumb blonde” punchline (clearly, she’s been in on the joke – at least sometimes) and still have people adore her, while also making bank off her name (the several brands that use her name are licensed).

She has also maintained her privacy so that even with this honesty, she can include what she wants and leave out what she doesn’t. It’s candid, but it’s also controlled. And it’s great that she has the option of that control because for so many young celebrities, the constant attention (and access to social media) can’t help when they need help.

There’s another layer to this control if we pull back the lens: when Jessica was younger, fame was dominated by paparazzi and magazines. That has largely died off because of social media – the professional photos are just less valuable. And that has changed the ecosystem in that celebrities can create their own narrative.

In an excerpt released just this morning on PEOPLE, she talks about her rock bottom. Halloween has become a labour-intensive holiday and getting ready is a whole thing; Jessica was getting her hair and makeup done and “zoned out” on drink and pills, and couldn’t help her kids get into their costumes. That night, she took an Ambien and slept through the next morning so she didn’t have to face them. And this is what that time looks like on Instagram:

I did a quick Google search and her family photo got gushing headlines on PEOPLE, E! Online, Daily Mail, ET, and several other entertainment blogs. This is not unique to celebrities; many people hide problems behind social media perfection.

Jessica has always made her easy, sunny demeanour part of her job, and now she is making the truth behind that image work for her, too. It’s kind of a brilliant strategy. In terms of promo, she is getting ahead of the big story (which will drive sales) and has followed up with a juicy teaser – yes, John Mayer is in the house.

I don’t know if she’s telling us anything new about him in this excerpt – the “sexual napalm” is infamous gossip.  For those of us who remember them together, he always had a face on when he was with her and it read like embarrassment. In this case, our Photo Assumption was accurate. She says he was “obsessed” with her but their relationship made her anxious as she worried she wasn’t smart enough for him and she began to drink more to deal with it. (To be clear, she doesn’t blame him, but it seems she had underlying childhood trauma and anxiety that spiked during stressful times.)

And while we collectively roll our eyes at Mayer, it was 2005. She says, “He’d walk into a room and pick up his guitar and you’d swoon.” I completely believe that everyone was swooning over John Mayer back then! She also notes that he treated conversation like “friendly competition” which, in your 20s, completes the package. The hot, slightly condescending guy who plays the guitar (and add fame to that mix). She cut him off after his sexual napalm interview and seems content to wish him well.

But this is John Mayer. He used to dive right into these stories. Will he comment? He’s not very active on Twitter (it’s mostly promotional stuff) and his Instagram is pretty quirky, but not super personal. He seems to be more zen and mature about this stories now. Or maybe he will save his comments for his next appearance on Howard Stern. If asked directly, will he be able to resist?

As for Jessica, this is just the start of her promotional tour. She still has to do the talk show rounds (Ellen is a must) and morning shows. I don’t know if this book will shake the foundation of her public persona because her brand is so solid. It is her memoir, her memories, her experiences. These excerpts have made me want more Jessica Simpson, but in a different form. I’d love to read a celebrity profile on her from one of the big three (Caity Weaver, Taffy Brodesser-Akner, Allison P Davis) because those stories are about us and how we relate to the subject. Open Book may be candid and vulnerable, but on Instagram, things are still perfect. 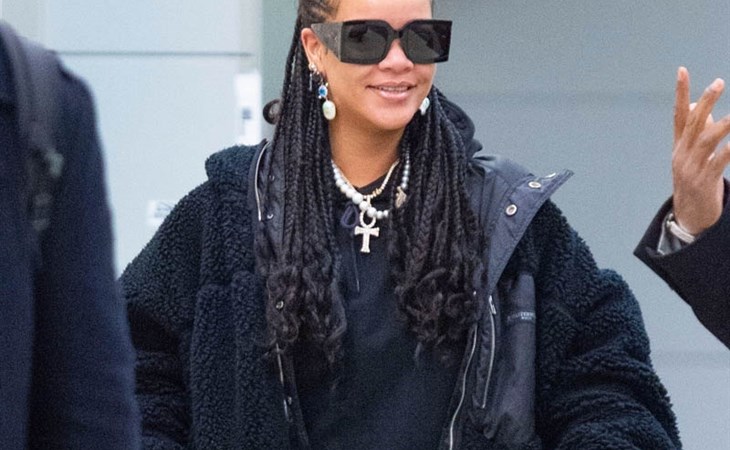 What’s Your Drama: Rihanna, Drake, and How to Get F---ed