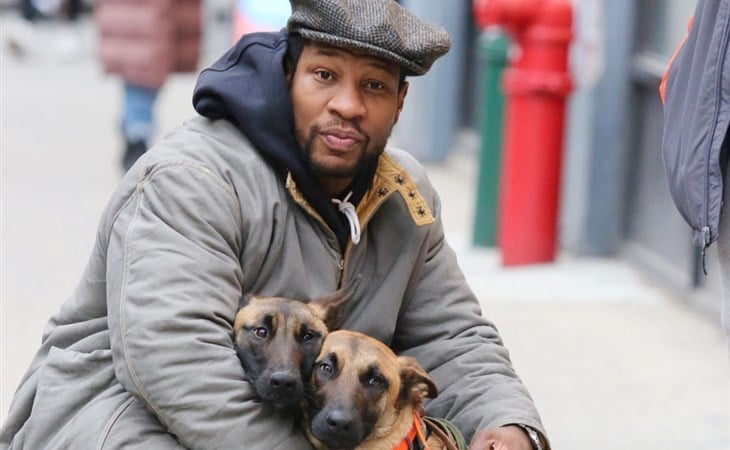 Sarah posted about Jonathan Majors on the cover of Men’s Health back in October. At the time, the internet was reacting to the feature with extreme thirst. Because… well…

I mean I get it, of course I do. For me, though, the hottest shots of Jonathan weren’t the ones where he was on his own, rippling, but the ones of him with his dogs, Captain and Hero.

Sarah, obviously, wrote insightfully about his career approach and his rise in the business – but she made only a passing reference to his dogs. The dogs, Sarah! The dogs! (She is a cat person, forgive her.) So now is my chance to write about the dogs. Jonathan told Men’s Health that his dogs are always with him:

“Some days it is a job. But that’s the athlete in me, where it’s like, Okay, that’s another rep; it’s the last round. There’s something romantic about that. You get off work at 4:30 in the morning, drive home in Los Angeles through Topanga Canyon, and nobody’s on the road. I bring my dogs to work. So I got my dogs in the truck. I got my windows down. Got my Radiohead playing. I’m just gunning it. That’s the best, man.”

Wait, no. Aside from the dogs, there’s another thing: Radiohead. At 430am, Jonathan Majors drives home listening to Radiohead, the perfect hour for Radiohead. If and when I ever interview him, that’s going to be one of my questions – don’t steal this from me! “What’s the 430am Radiohead album?” I’ll offer a guess: A Moon Shaped Pool.

Back to the dogs – here are Captain and Hero (they are SO CUTE) with Jonathan in New York before the madness. The madness would be the back-to-back releases of Ant-Man and the Wasp: Quantumania on February 17 followed by Creed III on March 3. These are two big movies. Which means Jonathan will be a big story in the coming weeks. He isn’t quite a household name, not yet. But he will be by spring, for sure. 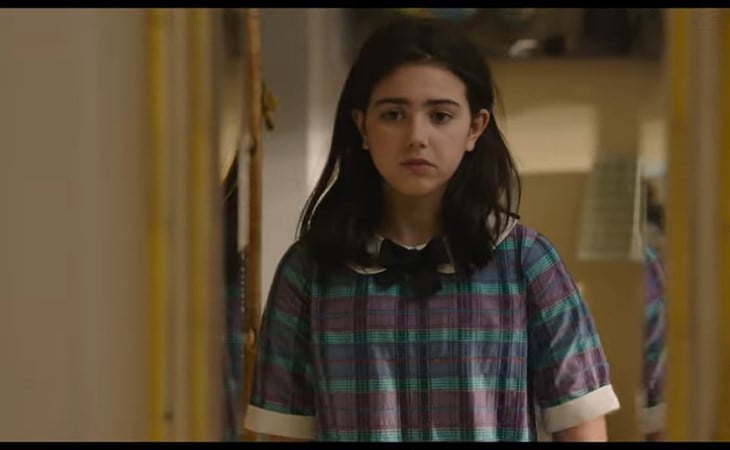 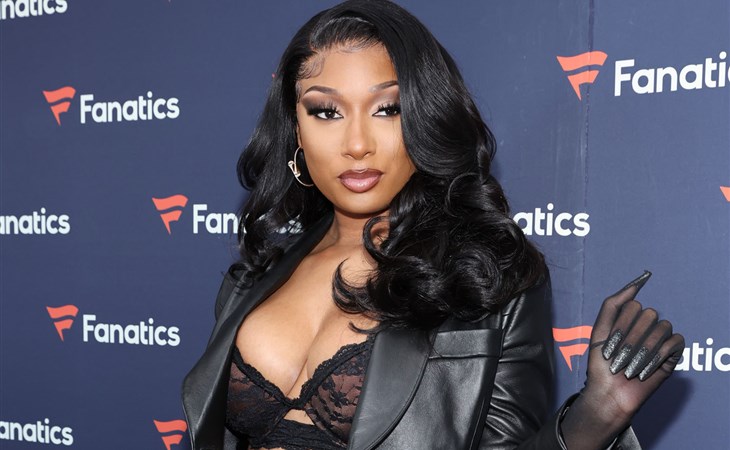