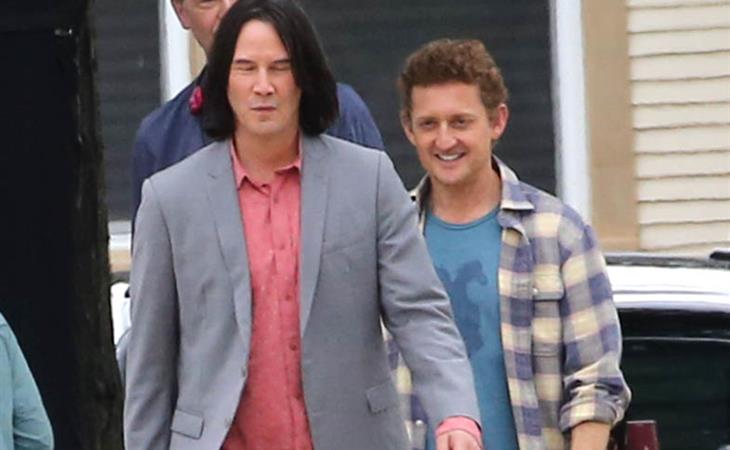 Amid all the f-cksh-t the world has to offer, there have been two Canadians who’ve been consistently reliable, bringing moments of joy as a reprieve from cruel reality: Celine Dion and Keanu Reeves. Celine Paris Fashion Week is happening right now and Keanu has been there for us all summer with John Wick 3, Always Be My Maybe, that videogame he’s doing, and Toy Story 4. And now we find him on the set of the long-awaited Bill & Ted sequel, Bill & Ted Face the Music, in New Orleans, alongside Alex Winter, and, of course, the phone booth.

When the project was first announced back in March, Sarah wrote “I’ll believe it when I see it”. She’s a hardcore Bill & Ted fan. She can believe it now. They’re in character. They’re shooting. Apparently they’ve gone back in time and found Jimi Hendrix?

In case you missed it the first time Sarah posted about it, Face the Music is about Bill and Ted having to face the music because those two slackers never got around to writing the music that would save the universe. As we say these days – on brand. This time their daughters, played by Samara Weaving and Brigette Lundy-Paine, are joining them on the adventure. As you can see, their daughters have inherited their style.

Bill & Ted Face the Music comes out August 20, 2020. Production should take them until the end of this summer, at most. And then…where will Keanu go? Wait, are we talking about Keanu or Kawhi? Is Marvel waiting on an answer from Keanu on The Eternals the way the Raptors, Lakers, and Clippers are waiting on an answer from Kawhi? Is Kawhi Leonard the Keanu Reeves of athletes or is Keanu Reeves the Kawhi Leonard of movie stars? Both are enigmatic and quirky. Neither one is known to conform to the way a person in their position is “supposed” to behave. Both are immensely meme-able. Keanu + Kawhi, this is the team-up we need. Can they please offer Kawhi a cameo in Face the Music? 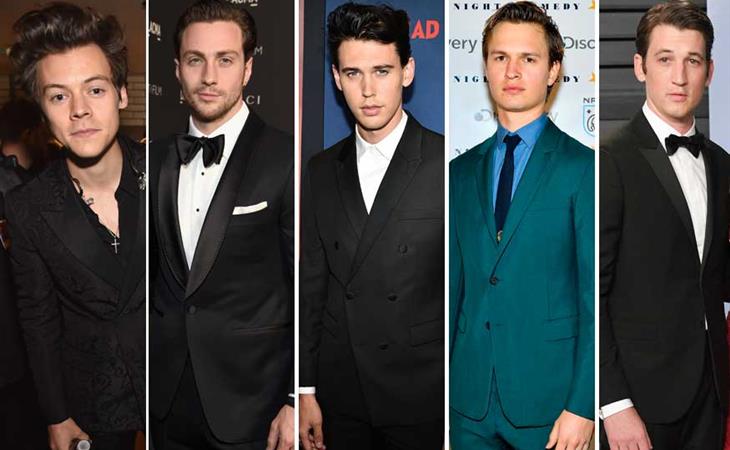 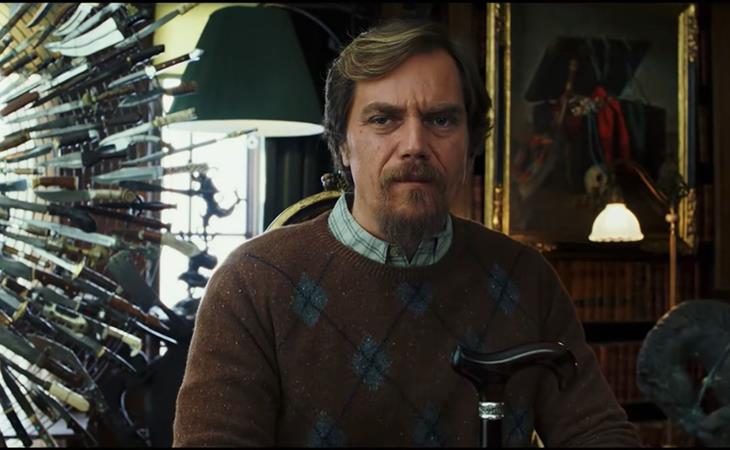 All the stars in Knives Out