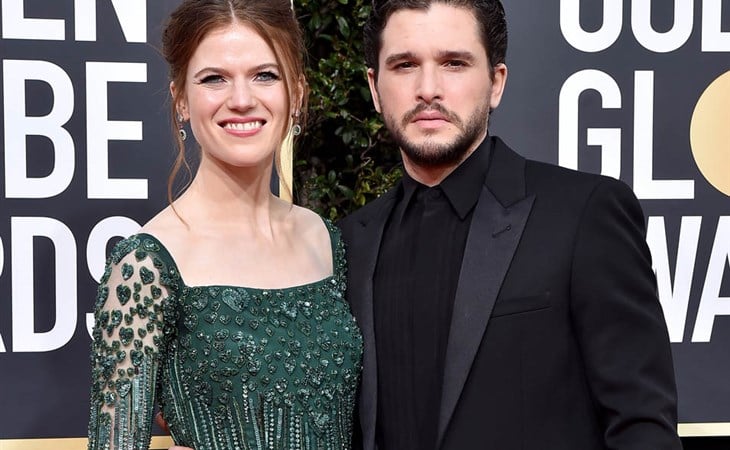 We didn’t have time to get to Kit Harington and Rose Leslie during our Monday Golden Globes coverage yesterday but it was nice to see them back on the red carpet together, and so happy. Not just happy but… I don’t know if this is exactly the right word for it … peaceful? This is how it looked to me when I saw them on the carpet – staying close together whenever possible. And, all things considered, without getting too specific about what Kit has been through over the last couple of years, Sunday night can’t have been easy.

Awards shows are a party. The party goes on all night. And Hollywood parties are excessive – there’s too much of everything: music, food, people, drink. As a young actor, these kinds of nights are almost unavoidable. So having Rose with him, as he was attending as a nominee, must have meant a lot. From what I’ve heard they had a good time, and they were fresh the next day at LAX to head home to London.

Kit, as we know, was working on Marvel’s Eternals through the latter part of 2019. The movie comes out in November, expected to be one of the biggest releases of fall 2020. Between now and then, aside from Eternals production, Kit hasn’t yet been announced for any new projects – and that might be a benefit, to have some down time before promotion on Marvel’s next major franchise begins. Because you know it’s going to be extensive and he knows what it’s like to be a part of such a highly anticipated, huge property intended to appeal to an enormous fanbase. He’s said in the past that he struggled with it and, well, if there’s anything bigger than Game of Thrones, it’s Marvel. But that’s what the preparation and experience are for. And, also, this time, with Eternals, it’s not like he’s at the top of the list in terms of star power. Remember, Angelina Jolie is in this one. I wonder if Marvel will be ready by the Super Bowl in a few weeks to drop a teaser.

Yes, we’re still almost a year out. But these are new characters, these are not the Avengers, this is a whole other story – or so we think. So from a marketing perspective, it’s actually not a lot of time to create public awareness and interest and begin introducing the Eternals era. If they have something usable, they’ll want to do something with it as soon as possible. 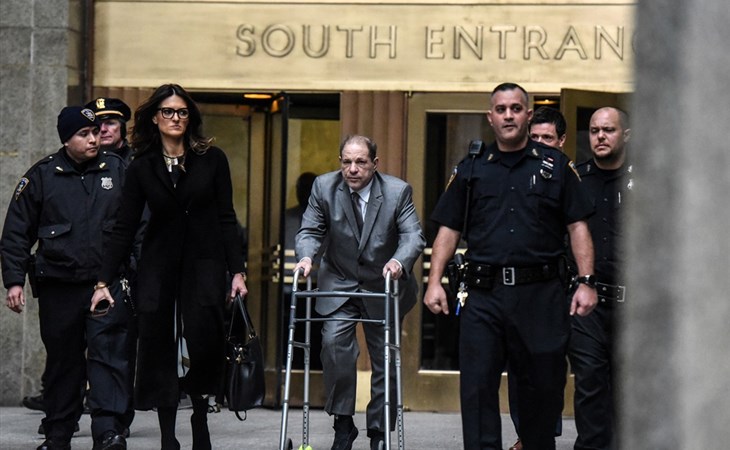