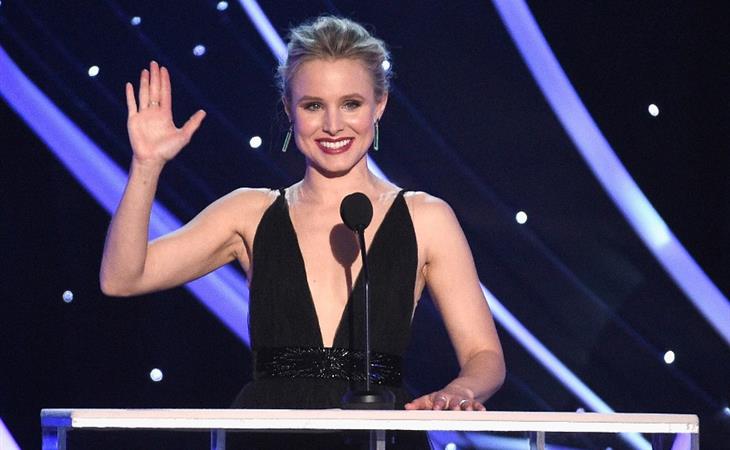 The SAG awards doesn’t get enough credit for being its own kind of weirdo awards show. It’s mercifully brief, there aren’t really ‘bits’ aside from the whole “I am an actor” business, and am I the only one who likes the whole long, slanted tables so nobody’s exactly in front thing?

That said, I feel like they didn’t do enough with Kristen Bell as host. She could have done way, way more… and a few years ago, I would have been the one shouting this into the ether, I think. Like, yes, I’m the only one banging the Veronica Mars drum, but didn’t anyone see House of Lies? This?

Now, though, she’s on The Good Place playing a reluctantly reformed asshole, and it’s a huge hit, and … still we’re making Disney jokes? Like, I get it. It’s been less than 12 hours since I was in the presence of beloved Frozen memorabilia. I know that’s a lot of people’s biggest – or most profitable – reference, but all this blather about the first time the show’s had a host, and how will she do seems disingenuous.

Did we not see her land that “I am Kristen Bell, and I am a narcissist” joke? She’s been a favourite guest on late-night shows because she can play. She’s self-deprecating, she’s tongue-in-cheek, and I’m sure there’s an entire sub-class of people who only know her because of the ‘crying over a sloth’ video from Ellen. In short, hosting this show and playing it quasi-straight was child’s play. Bring on an actual challenge, you know?

I liked her all-black aesthetic (after walking the carpet in colour), and how it contrasted with the apparent all-sequins dress code (that one black one she had beside Gerwig was more beaded, I think) and I’m getting closer every day to succumbing to a long bob that absolutely will not suit me. I just wish there were a few more opportunities for her to make it rain candy on the audience, and not have this hosting gig compared to others where the host got a lot more opportunity to show that they’re what makes the show go. 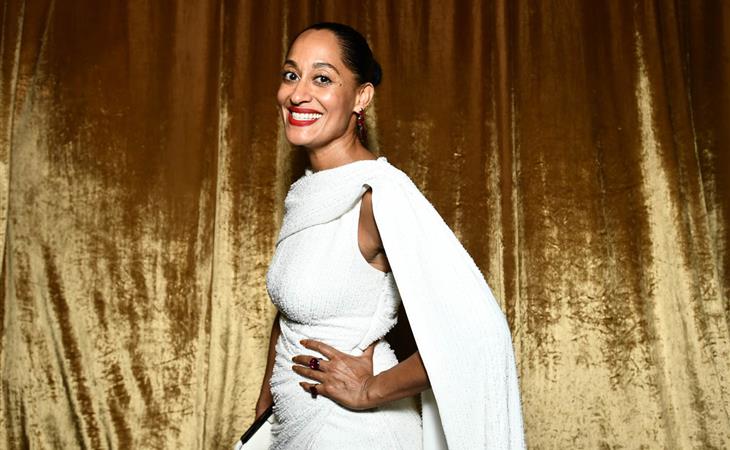 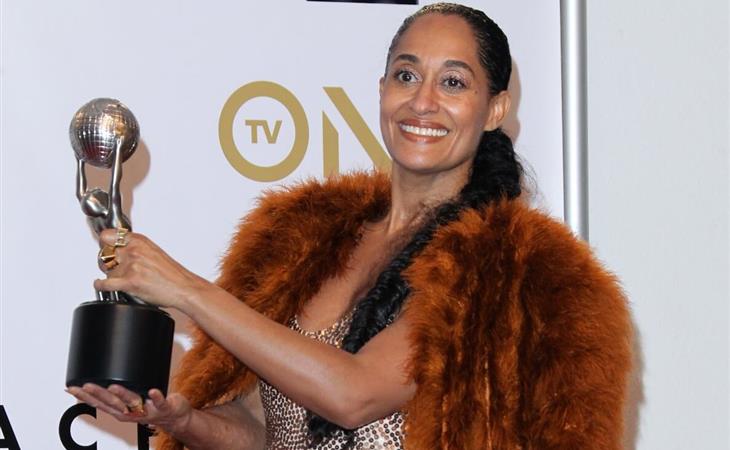