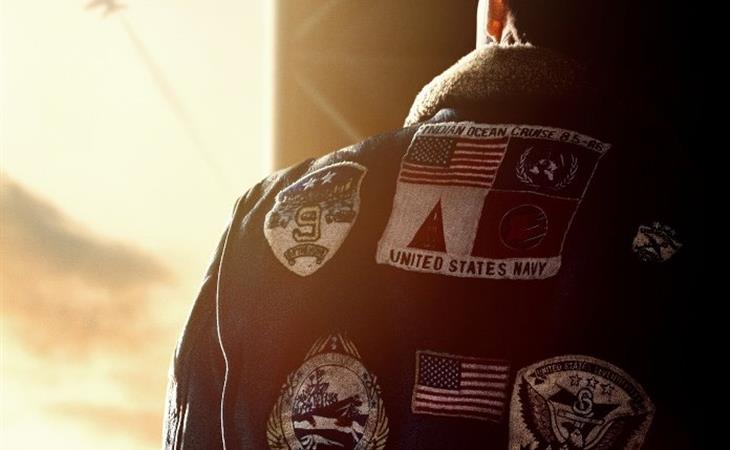 We are doing two posts on Top Gun today, one from Sarah and one from me. Because it was the other trailer release, along with Cats, that people were freaking out about yesterday on social media. I watched the Top Gun trailer within minutes of it dropping and before I watched Cats. This was a good decision; after watching Cats, I had to go back to Top Gun for a cleanse. Mostly, though, the two Top Gun posts represent the two approaches: the nostalgia and the new. I’m the old one so I’m taking the nostalgia, as that’s the lens through which I processed the trailer. And that’s what they were leaning into, wasn’t it?

-Ed Harris’s voiceover, meant to be hybrid between “Jester” and “Viper”
-the bomber jacket

Grab your gear, the trailer is here. #TopGun pic.twitter.com/odC3862E3j

-the sunglasses
-the motorcycle
-Tom Cruise speeding his bike down the runway, grinning with the wind in his face, racing alongside a jet
-men in uniform at the bar
-the volleyball…but it’s a football. Whatever, their shirts are off and they’re all lubed up and the gays have received their invitation

As an 80s kid, I felt all of that. I watched this trailer (for the first time – because it’s since been an embarrassing number of times) with a couple of other 80s kids in a car yesterday afternoon and we hooted and hollered the way Mav and Goose did back then. This made us happy. It made us laugh, the way 80s movies still make us laugh – for the cheesy dialogue and the bombast and how self-reverential Tom Cruise has become. He’s a walking tribute to himself while refusing to change. It’s almost comforting. Almost.

Because on one level, quite simply, it’s fun, right? Watching Tom Cruise do his Tom Cruise thing, remembering the summer Top Gun came out, slipping back briefly into that carefree vibe when it was, on the surface, just supposed to be about hot guys and fast planes and dewy skin. Did you know that a month after the movie’s release it was playing in MORE theatres than it was on opening weekend? Top Gun was a pop culture takeover. The nostalgia is real and it is strong.

But… is nostalgia a good thing?

Right from the beginning of this new chapter, as Ed Harris tells us, Maverick comes to us, 30 years later, as a legend who remains the same. He’s the MAN. Still the “best of the best”. The “only man to shoot down three enemy planes in the last 40 years”. But he’s PURE, you know? He’s the guy who doesn’t want to be promoted, who cares not for titles, who never wanted to advance/evolve. He only wants to fly, man. He only wants to be up there with the speed gods, engaged in an airborne battle for immortality.

It’s a storytelling trope, sure. It’s also the American Masculine Ideal. We’re not supposed to scratch a little deeper and ask…what would it be like to actually live with a man like Maverick? How does this determination to stay exactly the same transfer to the other parts of his life? You can’t have other responsibilities if all you ever want to do is jump in the cockpit and take off for the skies. Is that the “hero” we need?

“The end is inevitable, Maverick. Your kind is headed for extinction.”

That’s the deeper reading here, especially in this social climate. And that’s where, sometimes, nostalgia isn’t all that pleasant, certainly not for those who don’t look back on the “good old days” and call them “good”. Quite the opposite, actually.

Don’t ruin it by taking it so seriously, Lainey, f-ck off. I mean, I get it. I’m the one who’s replayed this thing at least a dozen times now if not more. I’m the one who couldn’t hit play fast enough when it popped up in my feed yesterday and the smile was on my face the whole two and a half minutes. I’m the one defending the lack of “danger zone” because the Top Gun theme is all I need. How is that not enough for you? To the youth out there who didn’t experience Top Gun in real time, let me show you what we lived through. That theme song? You want to know what it looked like back then. Here. ENJOY. 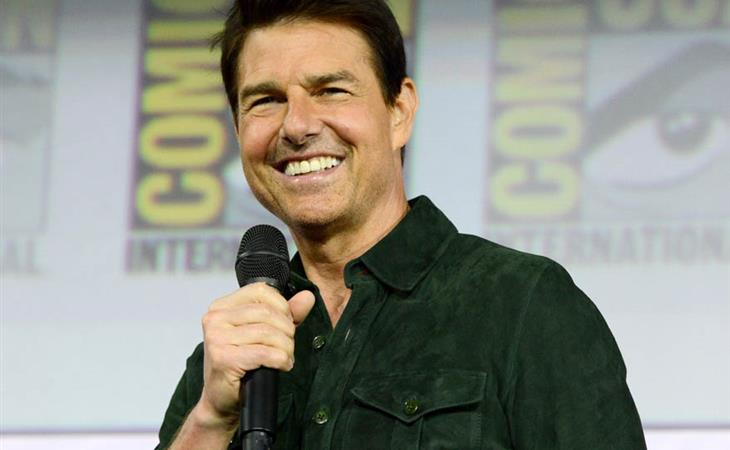 What the F-CK is Cats?