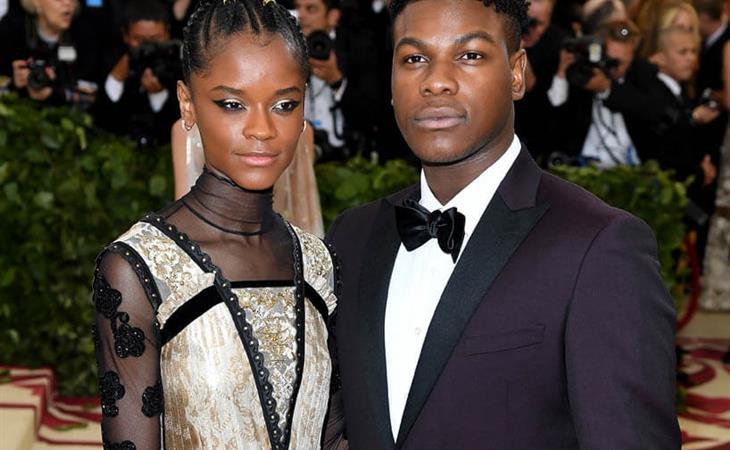 That feels unfair. Letitia Wright is 24 years old. She’s older than both Gigi and Bella Hadid and yet, she still feels like a little sister always. I was shipping Letitia Wright and Sebastian Stan for a hot second until Sarah yelled at me, as she does often, for not knowing that Shuri is supposed to be 16 years old (ish) in the comics and therefore, that’s gross. Since then, I can’t see Letitia as any other age but teenage.

So, when Letitia Wright showed up to the MET Gala with John Boyega, I didn’t think they were making their red-carpet debut as a couple. They weren’t. Letitia’s stylist, Ade Samuel, told Page Six that they are “just friends.” Here’s a video John posted of when he first saw Letitia’s MET ensemble.

That sounds like a big bro hyping up his little sister for prom to me. SUPER cute though, right? John has given interviews in the past about how his and Letitia’s friendship was formed over their mutual spirituality. As Ade Samuel put it, “Letitia is a very religious person.” Way to stay on theme, you two. I always knew they were both overachievers.

Letitia’s outfit reflected her faith as she opted for a Coach look that was inspired by Ethiopian churches.

“She decided she wanted to do an Ethiopian interpretation of Christianity. If you look closely at her dress, you’ll see the golden cloth and embroidery that was inspired by Ethiopian pastors’ clothing. We even decided to go with a traditional Ethiopian hairstyle, to keep the African theme going!”

I know the theme was Catholicism but I thought a few people would, like Letitia, broaden it out to Christianity as a whole and explore a variety of religious themes from all over the world. This is why I think I like Letitia’s dress so much. I like the high collar and the sheer sleeves. I love the colours on her too. But I’m not wowed. Letitia Wright has a long road ahead of her with the MCU but we know that fashion events like this can propel an actress from that girl in those Marvel movies to ZENDAYA, for example. If fashion is just not Letitia’s thing like it is for Zendaya, that’s cool too but she’s showing enough promise that she’s almost there. She put an authentic, unique spin on the theme while bigging up Ethiopia and stirring dating rumours with John Boyega. Maybe she’s better at this than she’s letting on.

OH. I just figured out why Letitia is reading so young for me. The Met Gala had an age limit this year of 18 years old. Without Millie Bobbie Brown there to make Letitia look grown, she’s still little Shuri to me. In fact, aside from the Hadids, she probably was one of the youngest people there. And she was able to figure out the theme better than so many MET veterans and so-called adults. 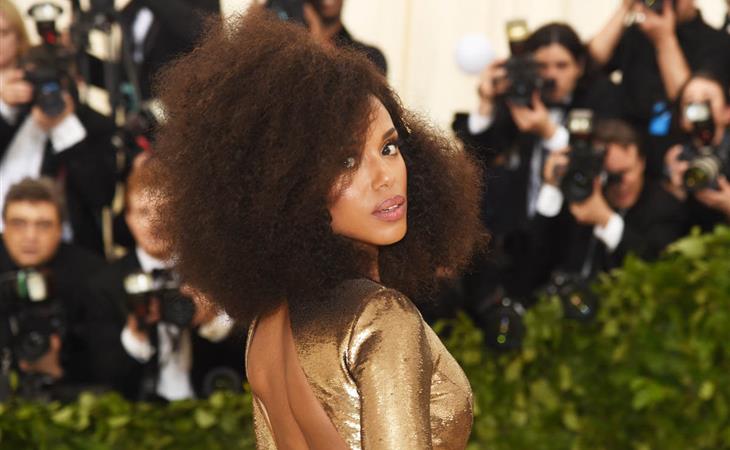 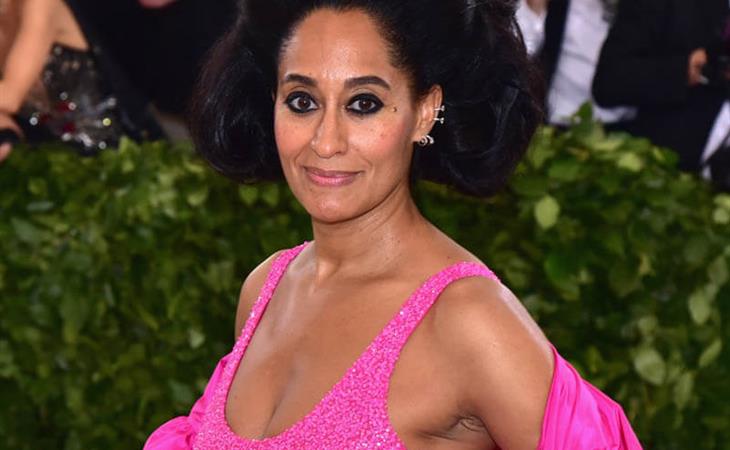