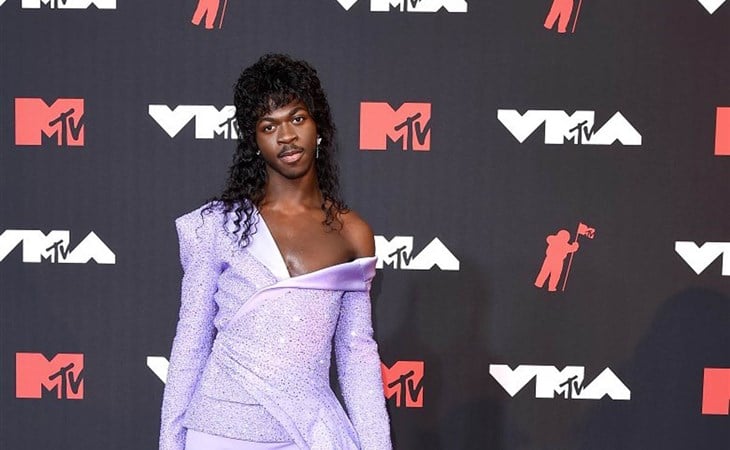 Is the art of the live red carpet interview completely lost? Watching MTV’s pre-show Sunday evening was often more awkward than enjoyable. Whatever happened to looking at the artist while you ask the question? The quick chats with celebrity arrivals left a lot to be desired. I think it’s partly because people used to show up and get interviewed by MTV VJs they would have a rapport with, having been interviewed by them throughout the year. Now there’s no telling who’s been hired for the pre-show each year and some of them are lacking the skills that would come from hosting TRL live in Times Square. Some of them are also lacking couth, as made clear by Jamila Mustafa, who interviewed Lil Nas X.

First, let’s talk about how Nas arrived at the VMAs in a lavender Atelier Versace pantsuit with side sweeping train, continuing his theme of gender bending (and blending) in his red carpet looks. This shade of lavender is an instant callback to Lil Kim’s purple pasty mermaid catsuit from the 1999 MTV VMAs. I have to imagine the folks at Versace used Kim as a reference when designing this custom look. I love how it combines traditionally masculine and feminism clothing structure, but overall it's not a great outfit. It seems cheap looking, especially for Atelier Versace. Definitely not my favourite thing he’s ever worn and I wasn’t the only person who shared this opinion.

Enter Jamila Mustafa. Lil Nas X rolled up to his red carpet arrival interview, telling Jamila how he’s happy to be at the VMAs, feeling good, looking good, etc. Where he messed up was asking her, “Do you think I look good?” But I don’t think he ever expected her to reply, “Listen, I’m not gonna say I’m hatin’ on the ‘fit, but let’s move on, ok.” Watch the interaction below. To me, it feels unprofessional, but some people on Twitter thought it was refreshing to hear an interviewer tell the truth instead of blowing smoke up a celebrity’s ass. I get sick of the fawning too, but she could have picked something that she liked. Do you think I look good? I love the colour. OR …Do you think I look good? Your makeup is flawless. OR answer without answering. Do you think I look good? I love that you’re not afraid to go there with your style choices. Anything besides telling him on live TV that he ain’t looking good. She set her Twitter to private shortly after her comments went viral.

Thankfully, Nas’s night was all up from there. “MONTERO (Call Me By Your Name)” won Best Direction and Best Visual Editing and he performed “Industry Baby”. Starting the performance with a marching band, he slowly stripped off layer after layer, in between booty-popping, until he was in boxer briefs surrounded by similarly dressed backup dancers, to perform a few bars of “MONTERO (Call Me By Your Name)”.

You might remember, after he performed at the BET Awards there were people who suggested he should be promoting safe sex instead of seemingly advocating promiscuity to young gay audiences. Which is unfairly holding a Black Queer artist to higher standards than his straight counterparts, but anyways, this time around he invited Madrequs Harris, the Director of Community Investments at the Southern AIDS Coalition, to be with him on stage. Harris had "433 816” printed in red across his black prison uniform — the number represents how many people are living with HIV in America’s Southern states as of 2015. According to GLAAD that number is unfortunately growing substantially. He’s also set up a baby registry, coinciding with his “pregnant” social media posts, asking fans to donate to LGBTQ+ advocacy groups with many organizations doing HIV outreach.

He ended the night by taking home the top trophy. “MONTERO (Call Me By Your Name)” won Video of the Year (*whispers* …I thought “WAP” should have won). It was cute seeing him jump out of his seat, eyes wide as ever, as he ran to the stage to accept the award. Staying true to his trolling ways he first and foremost wanted to “say thank you to the gay agenda.” Now he’s looking forward to Friday, when MONTERO: The Album drops. The momentum isn’t stopping. 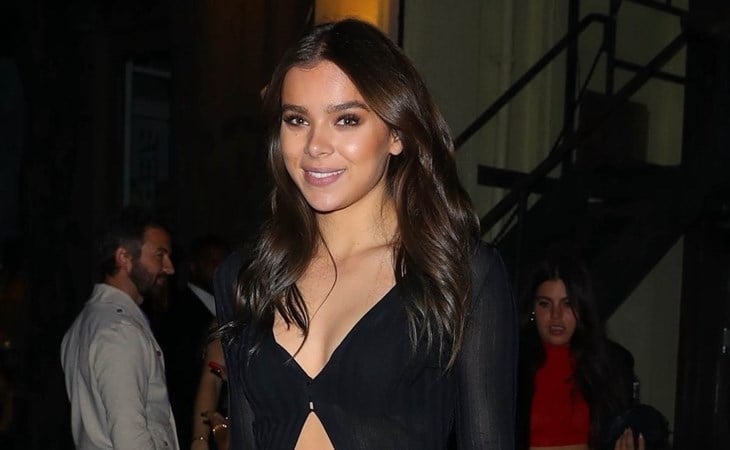 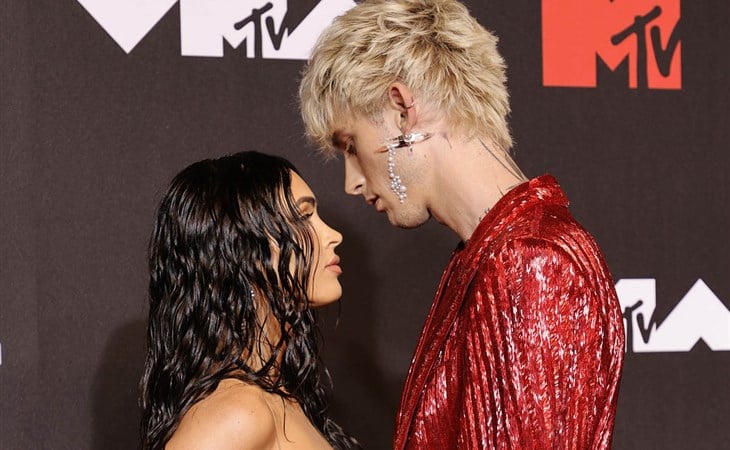