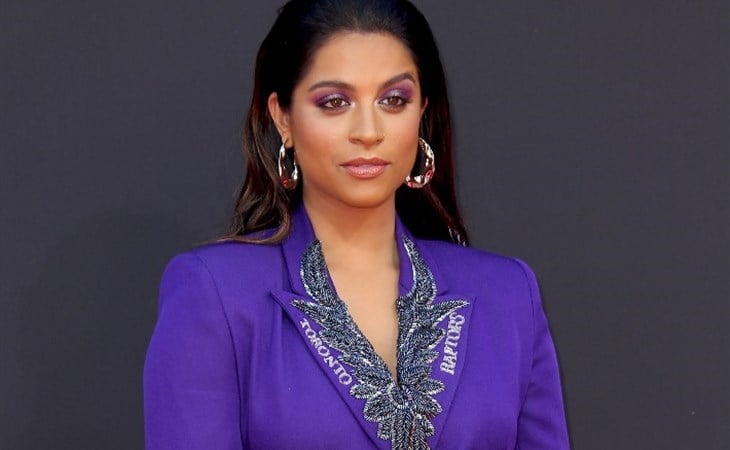 (This is the latest installment in our Long Reads series. Previous entries can be accessed here).

Last Monday, Lilly Singh, late night talk show host, YouTuber, comedian, and relentless cultural appropriator of Caribbean culture dropped a “remake” of dancehall track ,“Badman Forward, Badman Pull Up” by Ding Dong with this caption (the one on Instagram is even longer):

A classic dancehall tune! Badman Forward remake and this time itâ€™s for the ladies.

No matter your size, shape, colour, orientation, preferences or style, this one is for you sister.

Singh is performing in a Jamaican accent and speaking patios in the video, taking credit for a culture that is not hers. She has built a career and profited greatly from this.

I’m amazed that Lilly not only acts like she is a part of a culture she definitely does not belong to, but she defines herself by claiming it. Some great work critiquing Lilly for this can be found here, here and here. The fact is, people of Indian descent in the Caribbean make up a large population in islands like Guyana, Jamaica, and Trinidad, but Lilly is not Indo-Caribbean.

It’s not unusual for Singh to perform a caricature of Blackness, which she has repeatedly explained away as a Scarborough (a Toronto municipality) identity, despite it being a blatant imitation of Caribbean dialect. She has doubled down on her appropriation as much as she has capitalized from it. A perfect example was last September when Vanity Fair published a video titled “Lilly Singh Teaches You Canadian Slang”  and the slang is not “Canadian,” it’s Toronto Black vernacular, invented and popularized by Caribbean and East African people.

Less than two minutes into the video, while explaining the Jamaican term “ting”, Lilly attempts to justify this performance by stating, “…People always respond like ‘who are you trying to be?’ I need to just emphasize, this is how Toronto people speak.”

Black people want to know who she is trying to be and have been asking for some time. At the four minute mark, after butchering an explanation of the Jamaican term “mandem” she finally says, “It’s a lot of influence from like Jamaican patois I’d like to say, Toronto is such a melting pot of cultures, so in high school there not only was there Jamaican influence, but Sri Lankan, Indian…so it’s kinda like everybody understands everyone else’s slang and language.”

There are no other slang words in the video besides Black ones. But her lazy explanation is intriguing: why does this work for people? Where have we gone wrong as Black people to allow this? What is it about Blackness that is not only easy to steal, but so disrespected that it’s undeserving of genuine respect and acknowledgement?

Even though I am Jamaican and grew up in Scarborough, I wanted to ask around about Lilly’s crimes against us. First up was my bestie, who is Guyanese and has spent years studying and writing about Caribbean culture. He said, “I still find it hard to understand the attempt to “try on” Blackness and the aspects of West Indian culture. The culture is unique. It is real. It’s definitely not a prop.”

Then I called writer, critic, producer, and EIC of Bashy Magazine, Sharine Taylor. A prominent and trusted voice on Jamaican music and culture, Sharine wrote Toronto’s “Slang Isn’t ‘New.’ It’s Black” last year, noting that “it still seems unfair that (Lilly has) been appointed the ambassador of this language”.

On how Lilly Singh’s message of “positivity” and “love” has been used to erase Blackness, Sharine says:

“I think what was so jarring about that statement is that people think they are doing us a favour – your culture is being recognized and that is a bare minimum. It’s a very telling statement of who you think you are in relation to us. Furthermore, people using or acknowledging or identifying that Caribbean culture exists doesn’t change anything. It doesn’t do anything, and the way the Lilly Singh has been doing it brings more harm.

Last Thursday, appearing to respond to the backlash, Lilly wrote a long Instagram caption about vulnerability, belonging, and mean girls.

This is a ridiculous response to cultural appropriation because she is continuing to centre herself and sounds like a white feminist who is still not able to see how intersectionality works and reframes her offences instead using feminism and empowerment.

“Oftentimes, I think that what happens frequently is that people operate under the guise of women of colour solidarity. If that’s the lens that you’re going to assign yourself, then be about it. If empowerment and solidarity is your brand and you’re doing something that is the complete opposite of that, you need to not and think of better ways of showing that you’re interested.”

Sharine on whether how Lilly has responded to criticism by insisting it’s all about appreciation:

“You’re still a guest – guests don’t take over the conversation. You don’t go to somebody’s house and start  to be the head of the household. What appreciation looks like to me is taking a step back, not centering myself and becoming very much secondary to everything going on. It’s interesting to see that people understand the role of spectatorship and being a participant in every single other culture except when it comes to Black culture. When it comes to Black culture, especially Caribbean culture, people don’t see those lines and feel entitled to be in those spaces. We need to start asking why.”

Sharine on how Indian people have reacted to Lilly’s appropriation:

“Yes, I noticed one of her fans basically tell her that there are so many aspects of Sikh culture to explore, that could be in service of your community and sharing your culture with other people. You have an entire cultural bank you can draw on, and every time you could, you don’t.”

A lot of the gaslighting around Black cultural production involves an outright denial that the preservation of it matters. When we talk about preserving Black culture, we mean it. In my view, the people loudest at refuting that preservation fall into three categories: folks who profit off it (like Awkwafina), people who don’t care (like Drake), and people who think that we should consider it flattering (like Iggy Azalea). We shouldn’t have to be put in a position where we have to talk about why our things are ours, but anti-Blackness is pervasive and operates in such insidious ways that are often connected.

While I’m sure Lilly would deny being a gatekeeper to Black culture because she puts it on and takes it off so often with little repercussions, the fact is she occupies a gatekeeper and ambassador position that is not only unearned but embarrassing. For those of us deeply invested and entrenched in the honouring of Black diasporic identity in Toronto specifically, we know Lilly’s formula is not new or innovative, and is sinister in the way it takes food directly out of our mouths. Toronto writer (and PhD Candidate in Black cultural studies and transnational Black feminisms) Huda Hassan tweeted:

When it comes to this gatekeeping argument, we don’t care who dresses it up as self-love, it’s an exploitative outcome. For those of us who truly think Black art matters, we don’t downplay the damage and ask other Black people to be flattered. We also don’t let other people tell us how to feel about our own culture. Every single time Lilly doubles down on the messaging that paints herself as an outsider just trying to belong (like she did last Thursday in responding to this backlash of her own creation), she reveals she does actually get it, so ignorance is not a defense. Her larger profile, wealth, and a talk show have only made her blindspots worse, when she has had so much time and opportunity to do better.

On the 4th episode of my podcast, Black Tea, Andray Domise and I had a discussion about Black art in Canada with Toronto journalist, author and publicist Dalton Higgins. This is what he said about the preservation of our culture:

“One of the issues I have as far as chronicling our culture is that a lot of the people that are telling the stories of our culture, of our music, of our people, they don’t look like us. So, a lot of the chroniclers of Black music are sadly and unfortunately non-Black. I’m living it, I’m breathing it, my father used to come home and crank reggae music; I was born here and my parents came here from Jamaica in the mid 60s. I just know a ton more about reggae music, soul music, R&B and hip-hop than your average non-Black cultural critic that dabbles in Black music and ethnomusicologists.”

Indian health, gender, and culture magazine The Swaddle’s YouTube channel has a video titled “What’s up With Lilly Singh and Indians Appropriating Black Culture.” It addresses her taking credit for things that are not hers, like pretending to invent the word “bawse”, explaining that, “Many Indians rapping in English relied on AAVE to sound interesting or cool or whatever. It’s not just the language that Indians appropriate, it’s mannerisms.”

Most importantly, the video states, “Even more problematic (sic) when you look at the ways Indians discriminate against Black people. While we’re the first to call out others for appropriating, eroticizing or misrepresenting Indian culture, Indians literally use Black American culture as a costume, without any cultural knowledge. We really shouldn’t be appropriating from other cultural assertions that are so far removed from our own identities and experiences.”

Black, Indigenous, and Indian people have been writing, speaking and leading the conversation about cultural appropriation, pushing back on the blanketed and insulting rhetoric Lilly often uses to excuse this horrendous element of her brand. The reason it continues is what I view as a complete and utter lack of respect, coupled with casual anti-Blackness.

A quick look at the twitter comments under Lilly’s post or a google search reveals that time may be up for Lilly to get away with this unscathed. Now that her own people are talking about the harm this causes, I don’t see how she is going to ignore it. With that said, not listening to the people whose culture you have borrowed for years while only paying attention to your own people is also anti-Black. 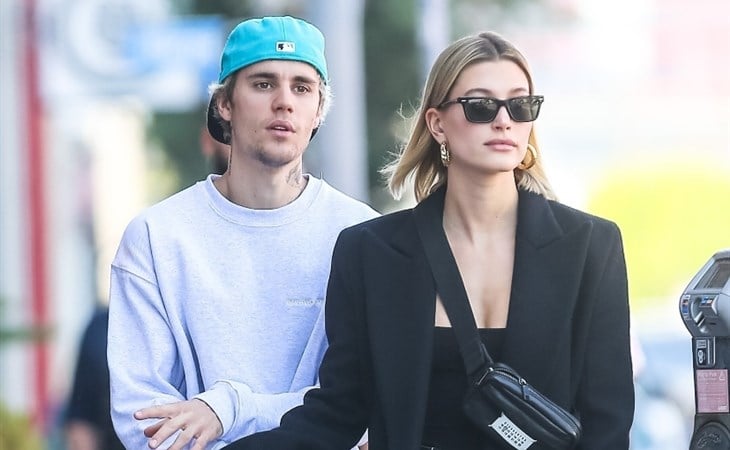 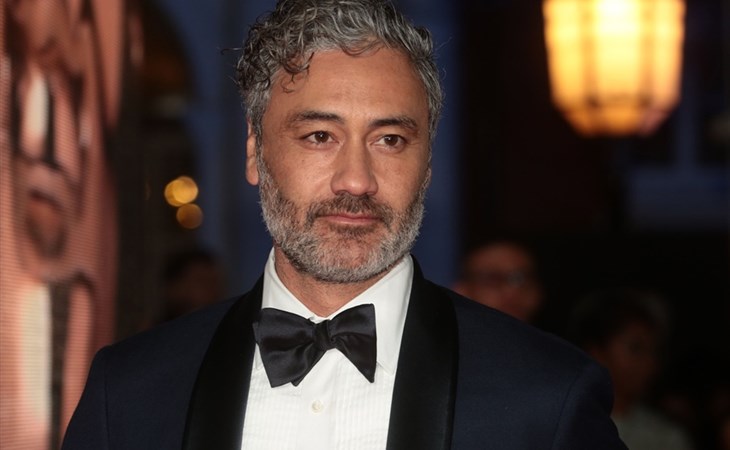