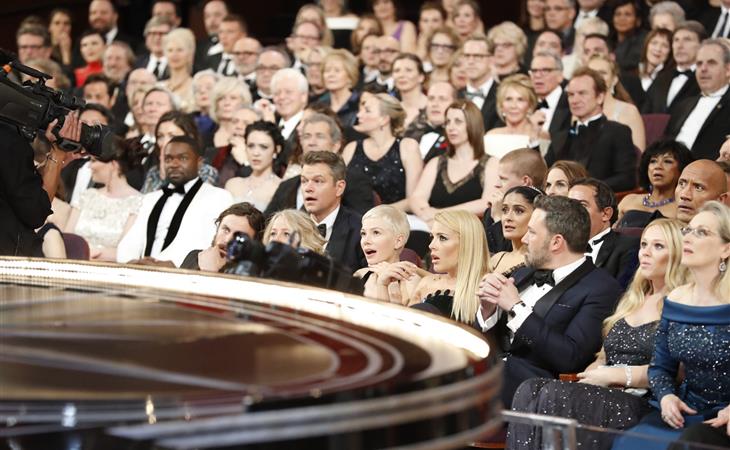 Last year’s Oscar envelope f-ckup – do you care about it anymore? It was amazing the night of. But then, after all that’s happened this year, I don’t know that I still care all that much about what went down and who messed up and why. This is not the most interesting part of the story. Which is why The Hollywood Reporter was smart in its oral history to not focus on the investigation into who was to blame (the dude who was talking selfies backstage) and instead provide the reactions from the celebrities who were there. Have you read it yet? If not, I’m jealous of you. Because it’s a scream. Because of Busy Philipps. Busy Philipps is great a lot of the time but I will love her forever and ever for her contributions to this retelling. Like, I don’t want to spoil it for you but the part when she talks about how, during the confusion, with no one on stage knowing what to do, her first instinct was to seek help from… Ben Affleck?!

"I'm sitting next to Ben Affleck — he can stop the show because he's f-cking Batman! I kind of grabbed his arm — we're not friends, but I was like, "You have to do something! Do something!"

This is when I dropped my iPad last night and lost consciousness. She’s amazing.

Really though…Busy is the best. Busy and Chrissy Teigen. You know why? It’s because the two of them, they’re us. Everyone else who’s interviewed here (when they’re not dragging Faye Dunaway – OMGGGG) still sounds traumatised. This is not the memory that Busy and Chrissy have of the night. For Busy and Chrissy, it’s only delight. They are here for that kind of drama and f-ckery. Busy actually has the picture FRAMED, hanging up somewhere in her house or her office.

There is other interesting gossip to note though – one of the people who contributed to the oral history is Lisa Taback, a well-known Oscar strategist, perhaps one of the best Oscar strategists, who ran the campaigns for The King’s Speech, The Artist, and Spotlight. You’ll recall, Jennifer Aniston hired her a few years ago when she was trying to get nominated for an Oscar for Cake. What I find fascinating is that Lisa worked on both La La Land AND Moonlight last year. Those were the two films going head to head for Oscar. She ended up backing out of the Moonlight campaign during “phase two” of the process but the work up to that point, to get both films into contention and turn them into the frontrunners, is an achievement in her field. I’m curious about the decision to let one go over the other. Most of her recollections in THR’s oral history are about managing expectations that night, especially when it started to feel like La La Land was losing momentum. Which reminds me of Peggy Siegel’s Oscar diary from last year. Peggy is a fixture at the Oscars, a publicist and also an Oscar strategist. And when she shared with Marc Platt (a producer on La La Land) that she was hearing from her sources that Moonlight was surging, Lisa was “furious”. She’d made La La Land her focus, and her responsibility was not only to deliver on the campaign but, you’ll note, emotionally support the players involved. These are the jobs in Hollywood that, largely, exist out of the spotlight. And it used to be that, for the likes of Lisa Taback, staying out of the spotlight – like a publicist – was part of the job. Which is too bad. Oftentimes those jobs are the ones that are the most intriguing. 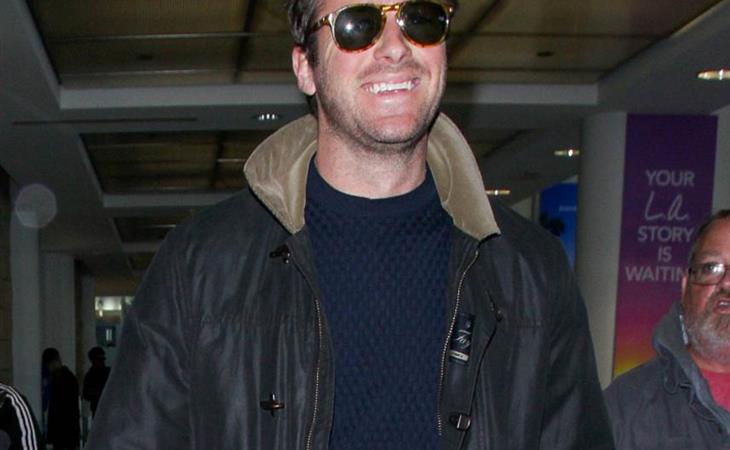