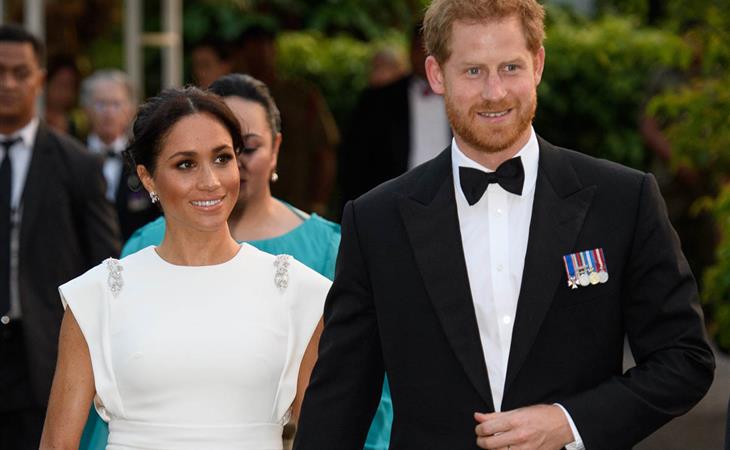 Is it Day 10? I can’t keep track anymore. And they probably can’t either.

Prince Harry and Meghan Markle departed Fiji today for Tonga. There were three outfits. Let’s start with the final outfit because that’s the meat of the story. After landing in Tonga today, Harry and Royal Meghan went to Consular House in Nuku’alofa to meet with King Tupou VI and Queen Nanasipau’u. Meghan wore wedding white, a custom-made Theia dress. The designer, Don O’Neill, has issued a press release about working with the Duchess of Sussex. Per PEOPLE:

“When her stylist reached out to inquire if I could make a dress for her Australian press tour, I stopped everything we were doing (my bridal show was just a week away) and immediately went to work on Her Royal Highness’ gown,” O’Neill says in a release.

The Theia team completed the look in just two days and shipped it to her. Although they got word that Meghan “loved” the piece, there was a major caveat.

“We needed to remake it with extra seam allowance,” O’Neill explains. “We knew immediately why this extra allowance was required, but mum’s the word, and with less than one week to my bridal show, all hands were on deck once more.”

He adds, “We re-made the gown and I literally had to run down Broadway that Friday night to catch the UPS truck, making it with just 2 minutes to spare!”

Seamstresses are always on top of the gossip. It’s history.

As mentioned, the white Theia dress was the final of three looks today. Royal Meghan kicked it all off with a dark green Jason Wu piece in Fiji. This, to me, wasn’t a great choice. The material isn’t ideal, especially not now. It looks like scuba material, which isn’t soft, which bends at weird places, like around her shoulder and under her arms. Also? That bra issue again. Which was happening before she got pregnant. Visible bra lines shouldn’t happen when good styling is in play. Good styling is understanding which fabrics work with the body and how those fabrics will adjust and sit and fit.

As for that “fashion misstep” that everyone’s talking about – it’s the red Self Portrait look upon their arrival in Tonga. You can see the tag at the back near the bottom. I don’t think this is a price tag. To me it looks like a care tag. And some people don’t cut off their care tags because if you do, you won’t know how to care for the garment. I don’t think this is a misstep at all – at least not on Meghan’s part. If anyone has to own it, it would be the manufacturer. And not just this manufacturer. They put those f-cking tags in the stupidest places sometimes. They put this tag on Royal Meghan’s dress in a stupid place.

In other Harry and Meghan news, apparently on Wednesday, after wrapping up their official engagements, they spent the night at the Vatuvara Private Islands resort which got me thinking – do you think the Sussexes will go on a trip, just for themselves, before the baby comes? Like one of those babymoons? If so, will it be before or after their royal gender reveal party? 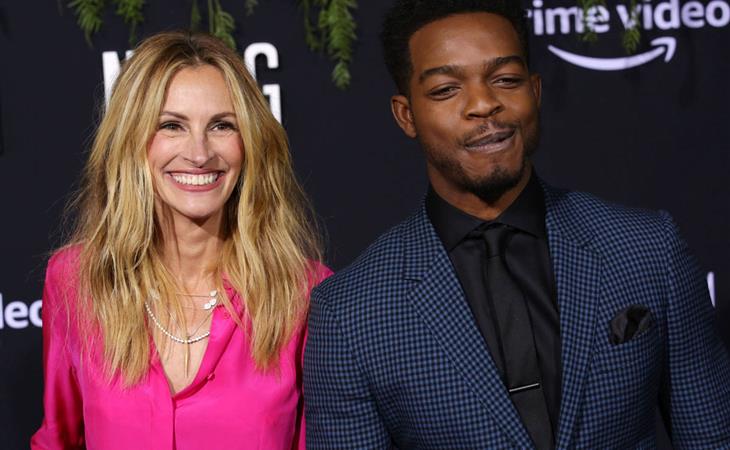