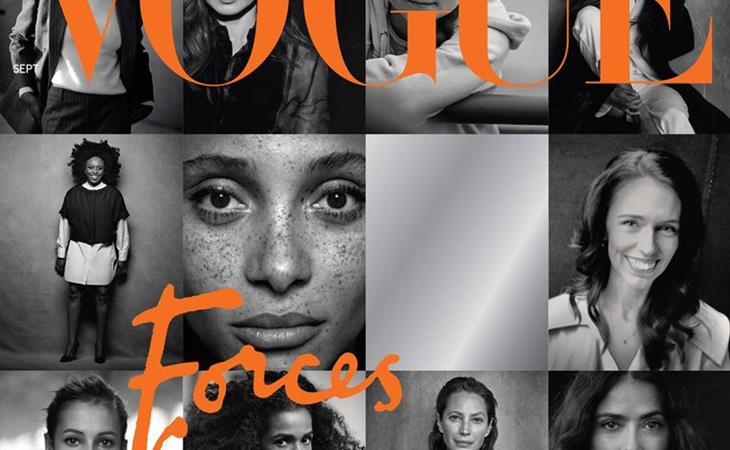 British Vogue confirmed yesterday that Meghan Markle is the first ever to guest-edit the magazine’s September issue. They released the cover featuring the 15 women who are “Forces for Change” and Royal Meghan’s interview with Michelle Obama. One of the women featured on the Vogue cover is Sinéad Burke. Sinéad is a self-described “teacher, writer, broadcaster, fashion-admirer, and advocate for disability and design”. So you can appreciate what it would have meant for her to be on the cover of Vogue, right? She’s an activist AND she loves clothes. What?! You mean you can do both?

Because of Vogue and Meghan Markle, more people now know about Sinéad and her work. I know about Sinéad and her work, as I posted her TED Talk yesterday in my post because of how much I learned from watching it, which I did for the first time after the Vogue feature came out. After I wrote about that on this site, I heard from many of you who also met Sinéad for the first time because you read about it here. And I also heard from a regular visitor, JG from Germany, who wrote the following:

Thank you so much for highlighting the wonderful work of Sinéad Burke on your British Vogue cover post! She is a superstar in our circle! As a mom of a 5 year old girl with Achondroplasia, the same condition Sinéad has, I am not only constantly looking to her as a role model for my little girl to look up to, I'm also trying to also raise awareness of the difficulties that little people have in living a dignified life. Thank you so much for sharing this with your readers!

And a belated thank you for taking out the GMD from your own site vocabulary. Growing up I also used the M word loosely but, as Sinéad says, my vocabulary has evolved as I learned more and I'm glad more and more people are getting this message!

This blog has been around for 15 years and if you started reading back then, you know GMD stands for “Gay Midget Dwarf”, which is how I used to refer to Tom Cruise. Because I was gross, ignorant, offensive. And I don’t think I’ve ever apologised for that so I’d like to do that now: I’m sorry for being gross, ignorant, and offensive, for not knowing better, and for starting to learn too late. To echo JG’s words above, people like Sinéad have taught us that words have evolved, that language should evolve, that our perspectives and considerations should evolve. I have been working on this for the last decade here at LaineyGossip. I have had the privilege of being mentored by patient, wise, and insightful people, many of them who contribute to this site, who’ve helped me grow beyond my own limitations. I am also grateful for those of you who continue to visit and support how collectively we’ve tried to be better and who have tried to be better alongside of us. And this is what Royal Meghan is trying to encourage in Vogue. What could possibly be the downside?

Well apparently there is a downside because the backlash began almost immediately from the usual outlets. The Daily Mail, the Sun, the other British outlets, they came for Meghan’s Vogue issue accusing her of elitism, saying that royals don’t edit magazines, and that royals shouldn’t get political. It is not political to celebrate women who are fighting for equality. Since when is equality political? It is not political to celebrate a woman who occupies the highest office in New Zealand. It is not political to support the advocacy of Sinéad Burke who’s asking designers to reimagine public spaces and resources to accommodate those who are differently abled. It is not political to highlight the success of Laverne Cox, the first openly trans person to be nominated for an Emmy in an acting category and who is fighting for the right of trans people to not be killed. As for whether or not royals should edit magazines:

Great to see Duchess Meghan join other senior members of the Royal Family in guest editing at a high profile outlet — Prince Charles co-edited @Countrylifemag in 2018, Prince Harry guest edited @BBCr4today in 2017 and Duchess Kate was guest editor of @HuffPostUK in 2016. pic.twitter.com/ti3G314Mrm

So…is this really about editing magazines? Or is it about this?

Interesting then that Meghan spoke to Michelle Obama for this issue of Vogue, not just for what Michelle offers in the magazine but what she may have offered to Meghan in private. Because Michelle would be able to see this for what it is: Megan Markle is getting the Michelle Obama treatment. In her book, Becoming, which we dedicated almost an entire episode of Show Your Work to a few months ago, Michelle reflects on how she was treated during Barack Obama’s first presidential campaign, how they accused her of being too strong, too powerful, too angry, too Black. Per the Atlantic:

These are, of course, concerns that no first lady before Obama had to contend with. No other first lady, or wife of a presidential candidate, has been called “an ape in heels” or parodied as an Afro-rocking terrorist complete with a machine gun.

Meghan Markle finds herself in the same position, a Black woman as a member of the royal family, having to read headlines about being “Straight Outta Compton”, with a mother who wears her hair in dreadlocks. When Sarah Vine is writing in the Daily Mail that “Brits prefer true royalty to fashion royalty”, what she means to Meghan is, basically, “not you”. After all, hasn’t Kate Middleton been on the cover of British Vogue? And hasn’t the Queen sat front row at a fashion show?

What’s bittersweet about Michelle Obama’s example is that she survived it because, as she writes in Becoming, Black women learn from the very beginning that they have to survive, that the system has never been set up for them to thrive. And when they do thrive, despite the odds, it infuriates the status quo even more. This is what’s happening to Meghan. The positive takeaway from this is that it’s because she’s thriving that they’re so pressed.

Bottom line? Racists ruin everything. You know how? Because of all of them, and all this noise, and piling up, we can’t talk about Meghan’s editor’s letter which… isn’t well written. “Many moons ago” nearly ended me. 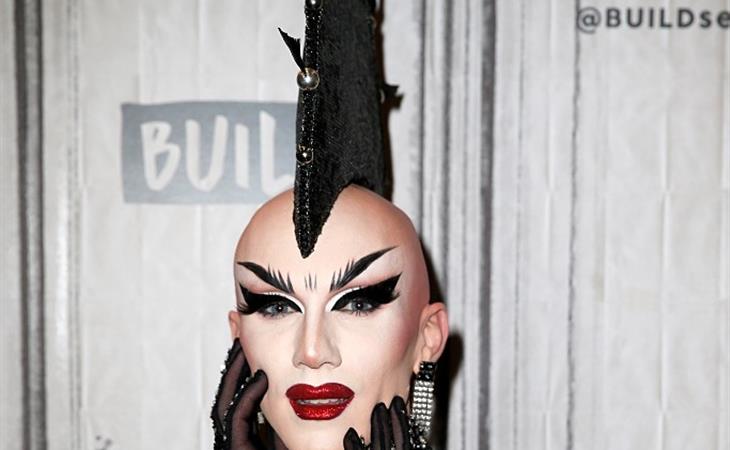 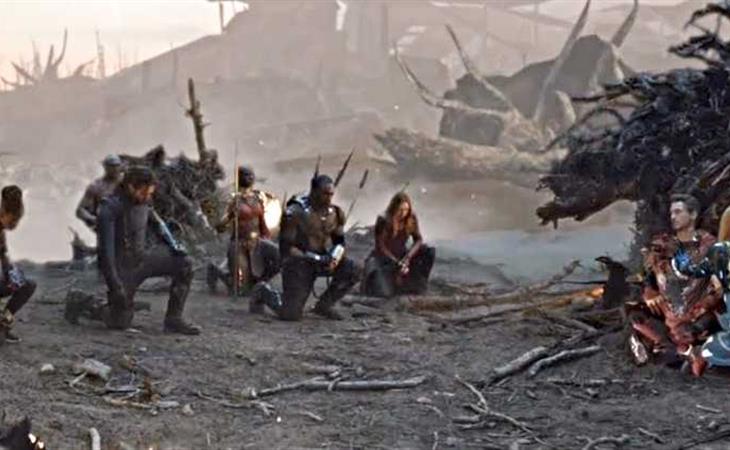