Show Your Work: the work of Michelle Obama

Michelle Obama’s book, Becoming, is the bestselling hardcover of 2018 – and it was only released a month ago. Probably many of you have asked for it for Christmas and you’ll be reading it over the holidays. Perfect. Read it and then listen to this episode because while it’s been called a memoir, we read it as a book about work – the work that Michelle Obama put in so that by the time she got to the White House, she was ready. This is also unexpected work. For me it was the unexpected work of her demystifying her own image and maybe even chipping away at the mythology around her husband and her marriage. As you’ll hear, there are times when Duana and I, well, we’re kind of annoyed with President Obama – but refreshingly. She’s showing us his humanity. She’s telling us that as brilliant and as accomplished as he is, he still can be clueless about, you know, showing up for dinner on time. For reference, here’s the soundtrack that Questlove curated for Mrs Obama that Duana mentions near the end of the discussion.

From there we move on to you. We’ve had a great mailbag this season and we read some of your comments and criticisms and suggestions, including a wonderful note from Sam about how female pleasure is not accurately presented on television and in the movies. Sam sent along these three links about the show Reign to illustrate her point:

And finally, we’ve talked before about our obsession with the control room and we’re ending the year with an amazing control room video taken during Beyoncé’s performance at the Super Bowl.

This is why good work is pornographic for us. Imagine how on your f-cking game you have to be to keep time with the music, keep an eye on allllll those cameras, know the choreo, and call it out without a single hiccup. This person is glorious. (Her name is Hayley Collette, assistant director.)

As a bonus, if you haven’t already, or even if you have, revisit the Grease Live! control room.

Like we say, nothing is sexier than someone being great at their job. At this point, that should be our slogan.

THANK YOU for listening all year. We already have a new episode set to go first week in the new year. But keep sending us your story ideas, your work ideas, your work anecdotes. We love that you love work as much as we do! And Show Your Work will be working hard in 2019! 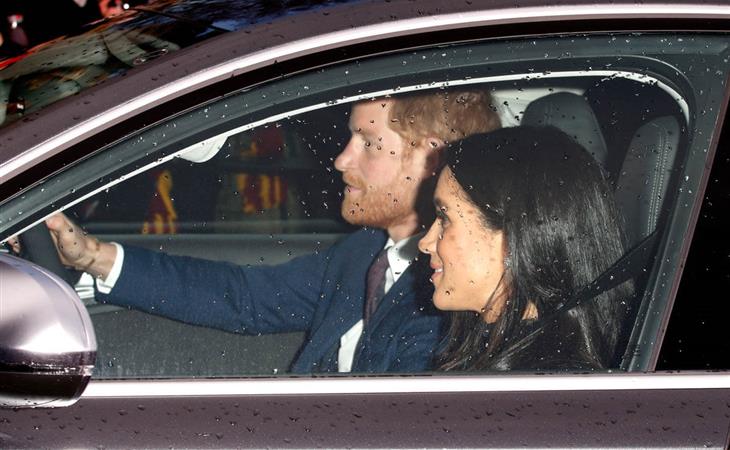 Christmas Lunch with the Cambridges and Sussexes