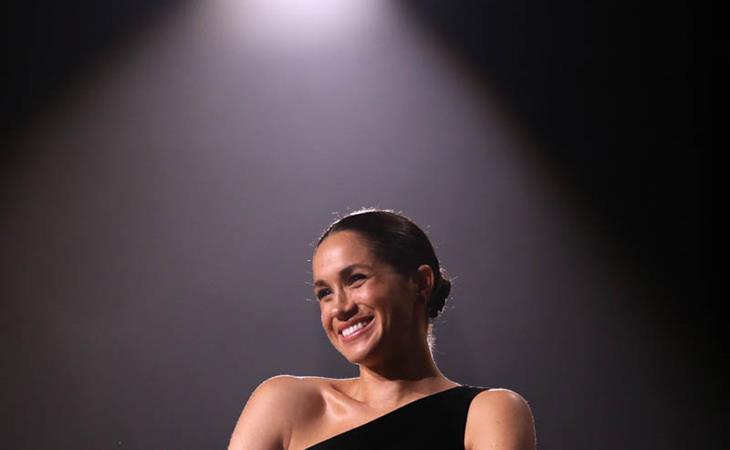 I mean, I thought the belly-cupping during the royal tour in Australia, Fiji, Tonga, and New Zealand was extra. Turns out, for Meghan Markle, that was simply entry-level belly-cupping. Last night at the British Fashion Awards, Royal Meghan took it beyond extra to extreme. If you’ve been following this site from the beginning, you are probably familiar with how I feel about belly-cupping. At best it’s an eye-roll. Which is why belly-cupping isn’t standard royal operating procedure. Meghan’s belly-cupping was so next level over-the-top last night though that my friend Lorella wondered if she was trolling. It’s a good question.

The last time a celebrity belly-cup broke the internet was February 1, 2017, a day memorialized forever in gossip history. Do you remember what happened on February 1, 2017? Shame on you if you don’t.

As you know, Royal Meghan’s been taking some heat the last few weeks as the fallout from the power politics between the royal men in the family has resulted in all kinds of rumours about her relationship with Kate Middleton and alleged friction between her and the establishment. This is Megan’s first major public appearance since those reports escalated and her attendance was kept a surprise. For over two weeks now, every day it seems there are stories about her supposed attitude, accusations that she’s difficult, a barrage of articles in the UK papers insinuating that she’s contaminating the royal institution.

You know what the tried and true prescription is for that kind of situation?

A revenge dress. Always a revenge dress. Of course the term “revenge dress” is most closely associated with Meghan’s mother-in-law, Princess Diana, who looked sensational in a little black, off-the-shoulder dress arriving at a party the same night Prince Charles confessed on television to cheating on her in attempt to gain public sympathy. Royal Meghan showing up at the British Fashion Awards last night is from that same playbook, updated with additional moves for 2018.

Because it wasn’t just the gorgeous black velvet Givenchy dress – she looked incredible, like seriously crazy f-cking beautiful – it was also the dark nail polish, what many are calling a major break in royal protocol, and then the outrageous belly-cupping. Have you seen the video yet? (Thanks Fiona!)

When you factor in the surprise appearance, the black dress, the dark nail polish, and that obnoxious belly-cupping, I wonder… is all of this a f-ck you? Is she saying f-ck you through belly-cupping? F-ck you to all the sh-t that’s being said about her and f-ck you to the fusty-ass pearl clutching old-timey assholes on the inside leaking information and shading her? As she says herself in her introduction of Clare Waight Keller, “We have a deep connection to what we wear. Sometimes it’s very personal and sometimes it’s emotional”. The Duchess of Sussex is articulating what Blake Lively has such a hard time with – that what we wear and how we wear it is its own form of communication, an expression of self, perhaps even a declaration of self. This, then, was not just a dress, not just a manicure, and not just a garden variety belly-cup. This was intention, like Beyoncé – to seize the spotlight, to dominate the spotlight, to break the internet, deliberately. Royal Meghan is flexing.

And if she’s flexing, is this a sign that she’s fighting? Game on?

She’ll never win playing their game because their game was designed to keep out people like her or control people like her. They set the rules, they move the goalposts. Are we seeing some defiance then? The knock on Meghan has always been that she’s too Hollywood, she was an actress, she’s not of their world. So, maybe, she’s leaning into her old world and dropping it on their doorstep. This is a Hollywood style counter attack. It’s a mic drop moment. It’s a classic celebrity red carpet upstage. And she leaned all the way into it.

If that’s what this really is, it’s strategic, intelligent disruption. As has been established, Royal Meghan is a skilled public speaker. Last night was yet another showcase of her talent. She was articulate and warm and she touched on familiar messages – female empowerment, support, and kindness – and was there to honour the first female creative head of the House of Givenchy. This is timeless and fundamental Hollywood PR: recognize the achievements of others and be the centre of attention all at once. It’s a difficult combination to execute, high degree of difficulty here. Judging from the headlines last night and today, she pulled it off.

But what will the reaction be from inside the palace(s)?

Here’s something that may or may not be related: Did you see the boomerang that was posted on the British Fashion Awards Instagram account? Many of the guests last night were asked to do one – a variation on this:

A post shared by British Fashion Council (@britishfashioncouncil) on Dec 10, 2018 at 2:00pm PST

So, basically, like the E! 360 fashion cam at all the award shows. Meghan did one with Clare Waight Keller and Rosamund Pike. You can see it here but it’s no longer up on the British Fashion Awards account. It’s not like they would have wanted it taken down. So… was there a request to have it taken down? By whom? And why? Is it an attempt to check her defiance? Can it even be checked at this point? I hope not. Especially not if what we saw last night was a sign that Royal Meghan will not only not submit, she will resist. How will the backstabbing courtiers handle it now? 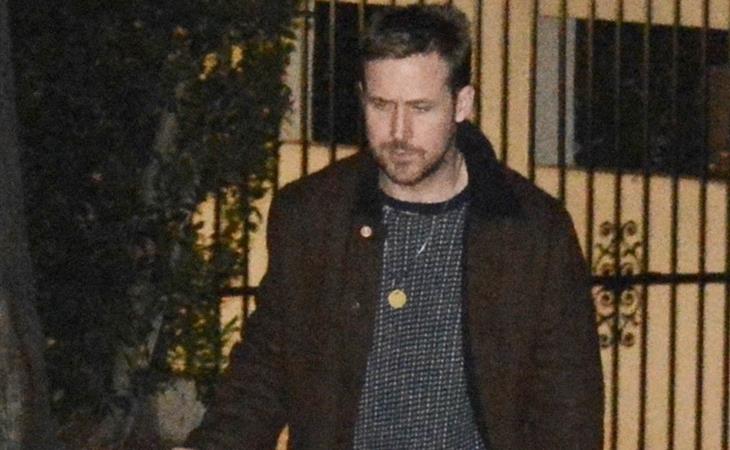 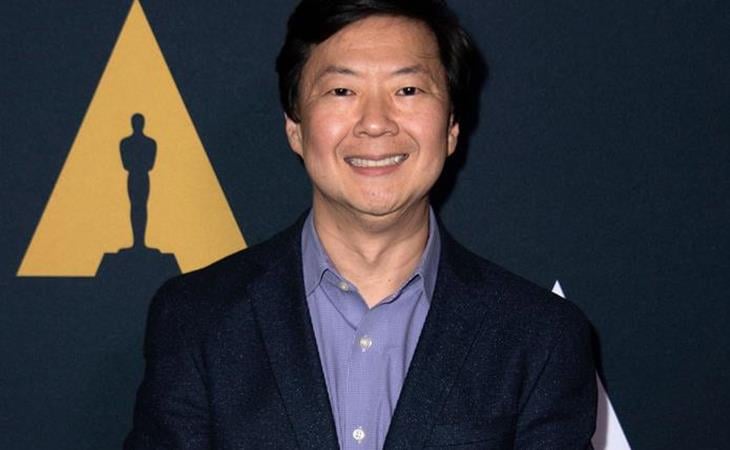