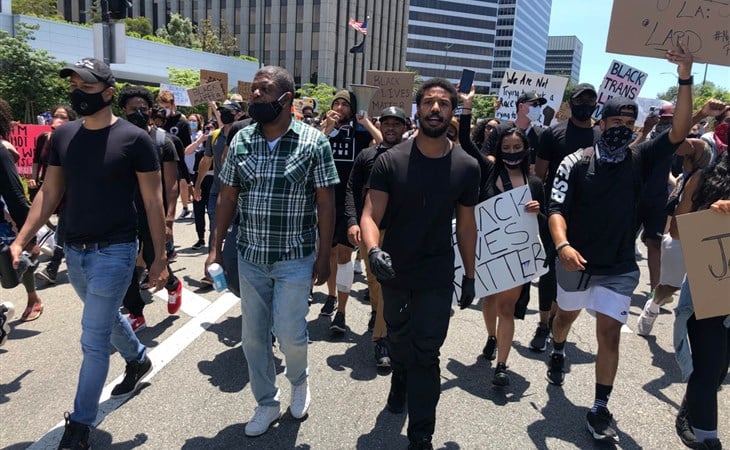 Here’s Michael B Jordan in LA at a protest in support of Black Lives Matter. We are now approaching two weeks of sustained demonstration, in major cities across the United States and around the world. Even here in Canada, thousands (thousands!) gathered in St John’s, Newfoundland in solidarity with Black and Indigenous lives. What’s the celebrity responsibility in all of this, if there is to be any?

When people like Michael B Jordan show up, it fuels the momentum. Far too often, and this is on the rest of us, the non-Black people of course and white allies, we forget, we move on, it ceases to be urgent. The urgency must continue. None of this will matter if we stop talking about it, if we care less about it, if we don’t feel as desperate about Black survival and justice as Black people do. And as a successful Black artist in Hollywood, MBJ is part of that effort. But this didn’t just start recently.

Two years ago, MBJ was the first actor to embrace the inclusion rider, mandating hiring diversity at his production company. His last film release, Just Mercy, in which he starred and also produced, is the true story of Walter “Johnny D McMillian”, on death row for a crime he didn’t commit, and Bryan Stevenson’s work to exonerate him. It is currently streaming FOR FREE this month to educate people on the epidemic of unjust Black incarceration. Sarah’s review from TIFF.

I screened this film nine months ago ahead of its TIFF premiere. Like Ava DuVernay’s When They See Us, it’s difficult watch – but it’s vital. Because there is no chance for change without empathy. One scene in particular will destroy you, or maybe the entire thing will destroy you, as Just Mercy directly addresses the dehumanisation of the Black community and aims to do the work of reclaiming Black dignity – as f-cking absurd as that is, that Black people have to actually appeal to us to be seen as human beings. But this is the rot of colonisation and white supremacy. And it’s worth remembering, for those white people who would say that it happened a long time ago, and that you yourself didn’t do those things, and why should you have to take a role in fixing it – this is why we use the term INSTITUTIONALISED RACISM; the pillars of inequality that were put in place all those years ago frame almost every aspect of our lives. We exist within that structure, so of course we have to help to dismantle it. BTS and the Avengers 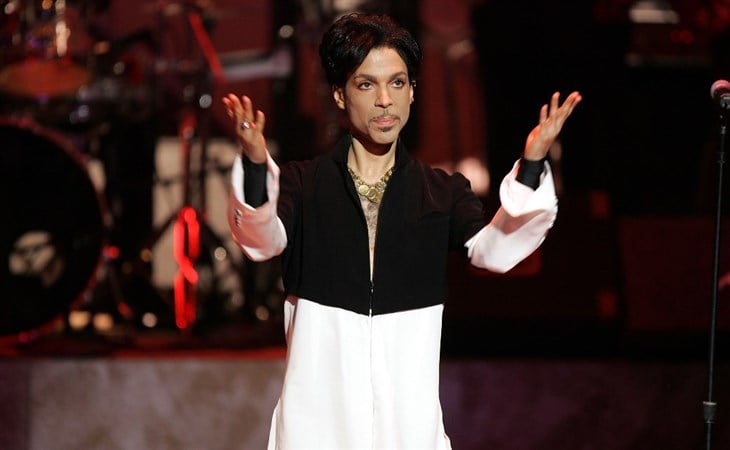