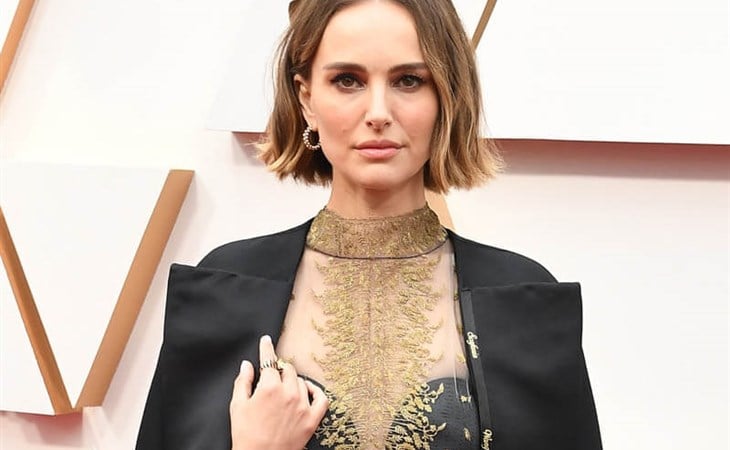 History would not claim me as a Natalie Portman fan – which is something I’ve often felt bad about, because I like the projects she does, but somewhere between her acting and her interviews, I’ve just decided she’s just not my particular cup of tea.

However, it may be time to reconsider.

I already liked her outfit on the red carpet a lot more than I expected. I love a cape, I love a matte gold that threatens to become an olive green, and of the several Cabaret-esque blunt bobs that appeared tonight, including Maya Rudolph’s and Rashida Jones’s, Portman’s is by far my favourite. You probably know by now that those little gold details down the side of the cape aren’t just decorative – they are the names of the female directors who got no recognition for their incredible films this year. It’s not that it’s such a huge gesture, as people on Twitter are no doubt already snarking. In fact, it’s the smallness of it that’s kind of amazing. “I just decided to put their literal names on my cape, that’s all.” So that anyone who talks to her all night literally has to think about those women, and whether they really think none of their work is in any way comparable to what was celebrated last night.

It’s actually kind of genius. And of course, it’s not the first time Portman has pointed out that we all see what’s going on with the snubs year after year – in 2018 she presented the Golden Globe for Best Director with Ron Howard, but not before noting ‘Here are the all-male nominees’.

What’s amazing about it, looking back, is how giggly everyone was about whatever joke was going on, including Natalie Portman, and she delivers her mic drop line and HOLDS THE STARE. “I am not playing, and I will not laugh to make you feel more comfortable. You’re welcome.”

That’s what’s going on with the cape. She’s holding the stare, and I’m really into it. Anyone who talks to her for any length of time will necessarily have to comment on the women who she’s brought into the room, or else be the person who pointedly avoids the conversation, with all that implies. It’s so subtly, quietly confrontational, in the most non-confrontational way. Utterly baller, and if this becomes her signature move, just pointedly noting all the places in entertainment where women aren’t, and then refusing to blink, I’m gonna have to start liking her full time.

Add in these straight-up adorable press room shots of her clowning around with Timothee Chalamet and Taika Waititi like they’re in a Sears catalogue shoot, and I don’t even think I know who I am anymore. 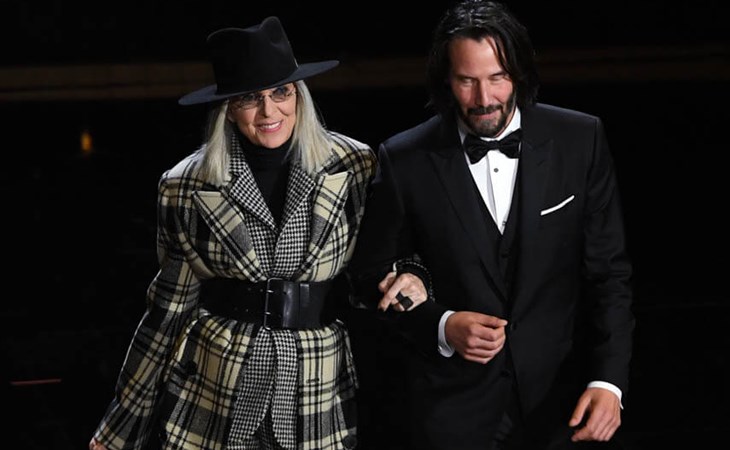 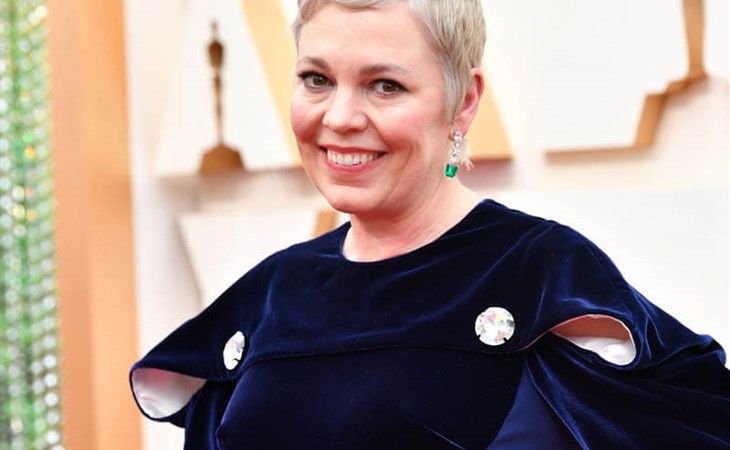