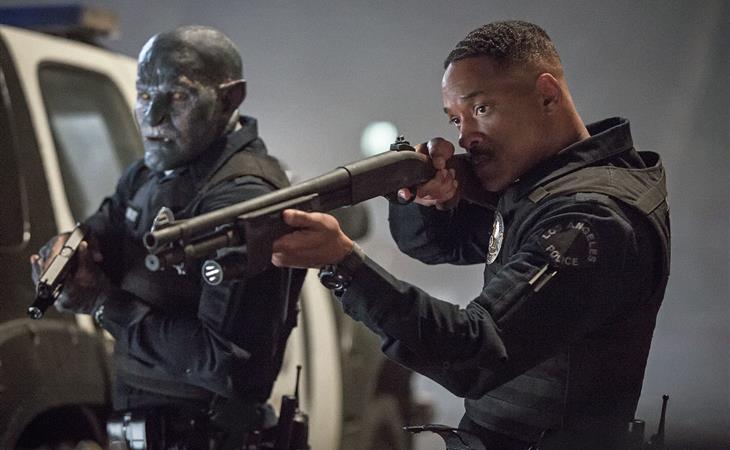 Netflix has established itself as a player in the television world, but despite big spending at film festivals, they have yet to prove themselves in the world of film. Or, rather, they only just did, as Bright becomes their biggest film hit, comparable to a blockbuster in the “real” world of theatrical release. Yes, that’s right, Bright, the ill-advised fantasy racial allegory, is a legit hit for Netflix. Bright got bludgeoned by critics—including me—but that didn’t stop at least eleven million people from watching it in its first three days of release. It joins the ranks of Transformers and Fast/Furious as a critic-proof franchise machine.

I say “at least” eleven million people watched Bright because that is a VERY loose estimate. Nielson has been trying to crack Netflix’s ratings—Netflix notoriously does not share streaming data, which annoys industry-watchers but seems to make creatives, unburdened by performance pressure, ecstatic—but their formula only accounts for TV watching. They don’t factor mobile/computer watching, so the reality is, Bright was probably seen by a lot more than eleven million people. And like most blockbusters, it’s playing stronger overseas. A LOT of people are watching Bright. We can play the “but how many people turned it off halfway through” or “how many people only watched because it’s ‘free’” game, but at the end of the day, Netflix got a lot of eyeballs on their big-budget fantasy movie. They launched a blockbuster and it spawned a franchise.

Word of a Bright sequel first came in December, just as Bright was premiering, but Netflix has now confirmed it. Will Smith and Joel Edgerton will return as WAND COPS, David Ayer will be back to direct, and hopefully this time he finds some f*cking lights. Screenwriter Max Landis, however, will not be back. That’s interesting. Landis has a hit-or-miss track record, but he’s good at the pitch, stirring up a seven-figure bidding war for Bright even after he had a couple bombs to his name. So now that he’s excluded from the sequel, the question is: Is he out because David Ayer wants to write the sequel himself, or because Netflix wants out of the Max Landis business, because the Max Landis brand is tainted? I’m going a little of column A, a little of column of B.

If they’re going to insist on making a Bright sequel, can we do something about the botched racial allegory in the first movie? Like maybe abandon it? Maybe just make a good movie and if people can draw real-world parallels out of it, cool, but it’s got to be a good movie before it’s anything else. I’m not sure if that will get better or worse with Ayer taking over the scripting. He’s not the subtlest dude, but he has made some great cop dramas that don’t come with all the weird f*ckin’ baggage of the Landis movie. (Although I assume Ayer did at least some work on the Bright script, and as the director he owns responsibility for how it turned out.)

Lainey is wondering if Will Smith feels any pressure to “fix” Bright going forward, especially since Smith generally stays out of topical political messes. But Bright has people like Chance the Rapper pondering its politics on Twitter, and the resounding criticism of the movie is its messy racial politics. To make a sequel, they HAVE to address it, preferably by fixing it. But there’s always the chance they double down instead. After all, it’s not like the Transformer movies ever got any better. 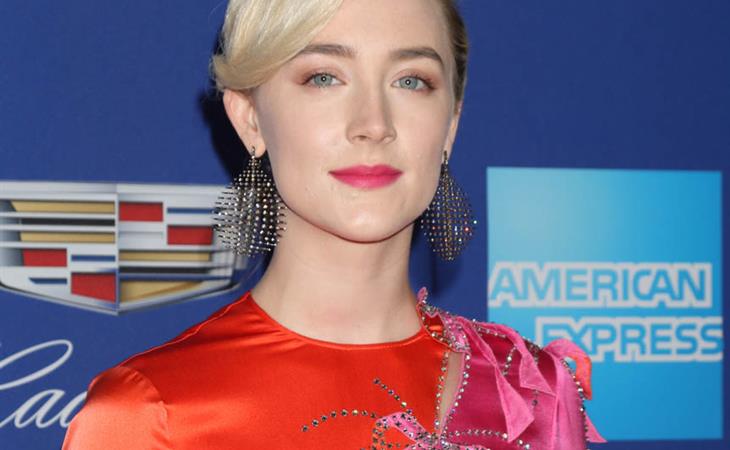