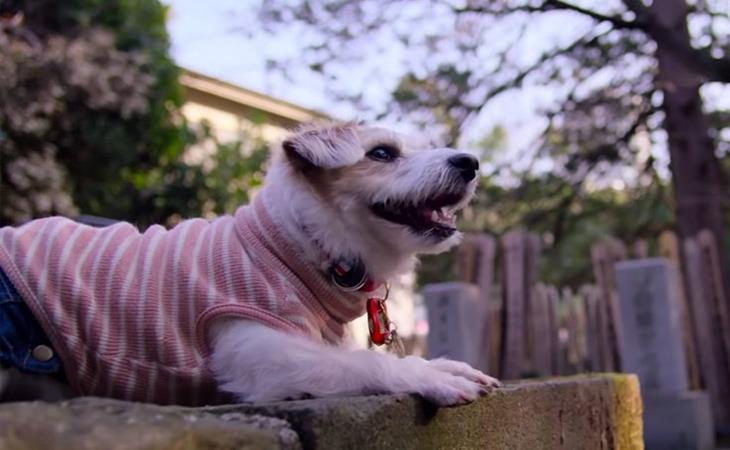 Stop it, Netflix. Stop it with this algorithm f-ckery.

The Netflix algorithm has helped to revive the romantic comedy. And it’s contributed to the popularity of true crime. Now that algorithm is coming for our hearts. They’re making dog documentaries. The trailer for Dogs, the upcoming six-part series premiering in two weeks, was just released yesterday. Sasha sent it over yesterday morning and she was already crying. Everybody else who watched it probably reacted the same way.

According to the press release, Dogs is “an elegant, engaging, and cinematic vérité documentary series celebrating the deep emotional bonds between people and their beloved four-legged best friends”. Each episode follows a dog and its owner. In the first episode we meet Corinne, 11, whose dog Rory is able to detect when she has a seizure coming on; the next episode features Syrian refugee Ayham who is trying to reunite with his dog, Zeus, in Germany; over in Italy, in the third episode, a 10-year-old Labrador called Ice helps run the family fishing business.

Like I said, STOP IT, Netflix. It’s obvious and shameless what you’re doing, heading into the holiday season, in a year of so much f-cksh-t, trying to trap us at home with our feelings! I know what you’re doing and still, f-ck you, it’s working! Of course I’m going to watch Dogs. I’m going to watch it multiple times. Get ready to be a f-cking mess the weekend of November 16. Or…you know… save it for the week between Christmas and New Year’s when you’re Bridget Jones-ing yourself on the couch, unwilling to get out of your pyjamas. That goddamn algorithm is going to start putting clairvoyants out of business soon.

Anyway, if you haven’t already, here’s the preview for Dogs: