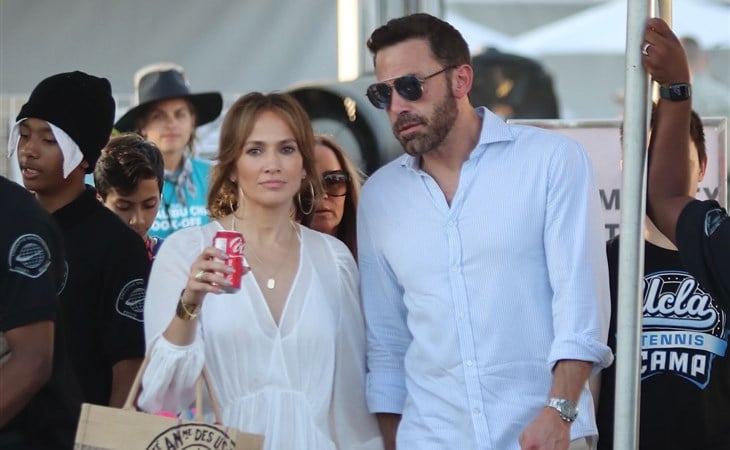 Ben Affleck and Jennifer Lopez were seen together at the Malibu Chili Cookoff this weekend with their kids. Looks like they’re still in wedding mode with the matching outfits. This, in my personal experience, is not just a celebrity thing. Some of my friends couldn’t stop wearing white after they got married, like for almost a year. I may have been like that myself. On the celebrity side, though, there’s no one who extended the wedding vibes longer than, of course, Lea Michele.

Still, JLo kept it venue appropriate with her footwear. Nobody needs to be walking around the Chili Cookoff in heels. So she went with slides… only designer. Plus a can of Coca-Cola! And I don’t even see a straw! JLo, she’s “just like us!”

Of course she isn’t. It’s possible she’s getting paid to drink Coca-Cola. It’s not the first time she’s repped Coca-Cola. She wore a Coca-Cola tee a few months ago and then there’s this tweet from way back:

I don’t know if she’s officially a Coca-Cola ambassador but even if she is getting a cheque here, to me what’s interesting is the sugar. Over the last few years when we hear about celebrities and sugar it’s all about how they quit sugar. Every week it feels like there’s a new interview with a celebrity who’s talking about how they cut out sugar and what a big difference it’s made in their life. JLo has done it herself – she talked about it when she was prepping for Hustlers. And that has transferred into civilian life. I am surrounded by people who talk about sugar like it’s the devil.

I’ve never quit sugar in a meaningful way. For sure I’ve done it a few weeks here and there but it’s never been a lifestyle overhaul. Because that would mean giving up Oreos. And my relationship with Oreos will never be broken. Is that like JLo’s relationship with Coca-Cola? Is she one of the fewer and fewer celebrities who will continue to f-ck with sugar? 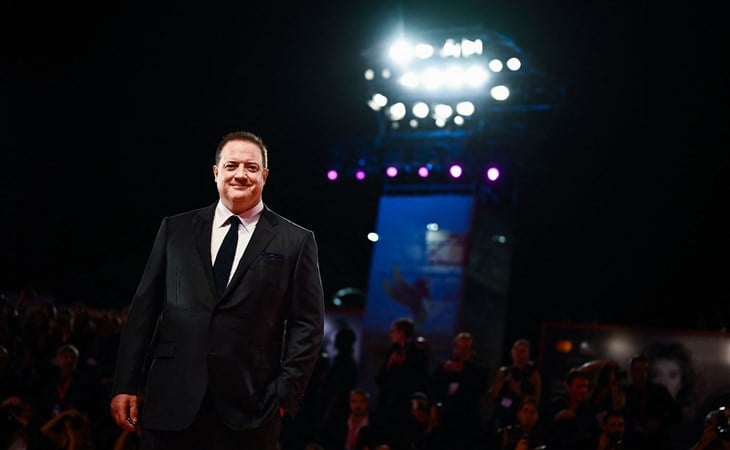 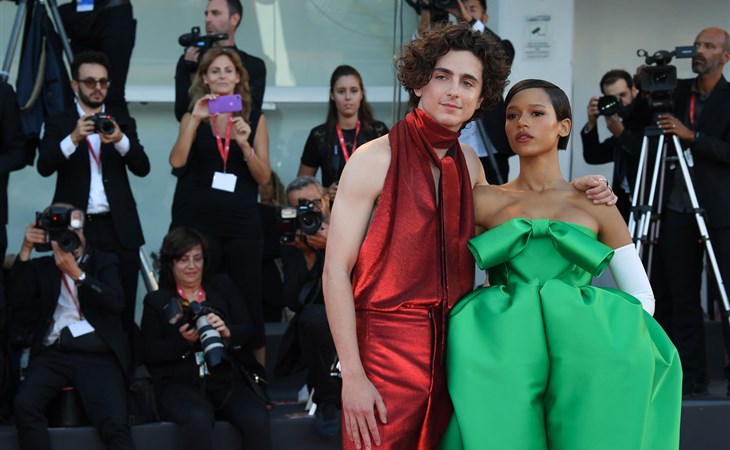