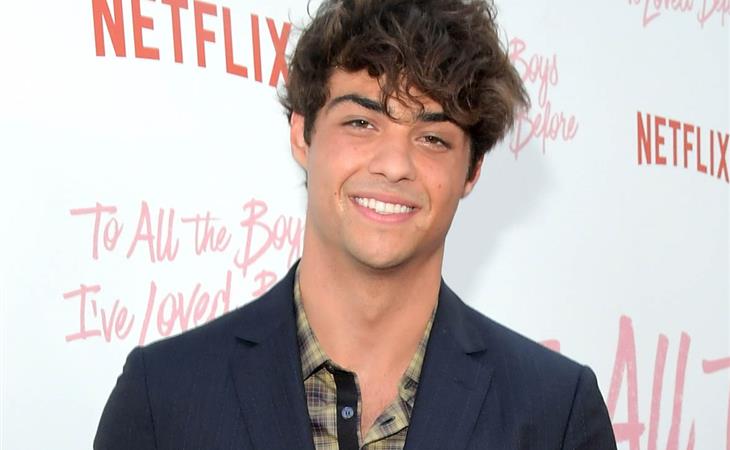 W Magazine has declared Noah Centineo as the “Internet’s Latest Boyfriend”. So have PEOPLE, and Cosmo, and Bustle, etc. If you’ve met Peter Kavinsky, you’re like UM, OF COURSE BUT HE’S MY BOYFRIEND ONLY BACK OFF. I would argue that the Internet has fallen in love with Peter, the character, more than Noah, the real-life young man, but like I wrote in my review of To All The Boys I’ve Loved Before, Noah Centineo is about to blow up. He’s got the charisma and look of a young Mark Ruffalo. He’s a HOT, tall, white man who is also really good at playfully splashing around in a hot tub. Of course he’s about to blow up. The world is at his feet.

‘Internet Boyfriend’ is a tag that has previously been given to Riz Ahmed, Donald Glover, Tom Hiddleston, Rami Malek, Oscar “Lainey saw him first” Isaac, and Michael MY BAE Jordan. They each were awarded this label right before they became legit stars - before they were collectively accepted as heartthrobs and/ or award-winning actors. In other words, Internet Boyfriend is a designation you get on the come-up. You either leverage it in your favour (MBJ) or get so drunk off its power you try too hard and become a caricature of yourself (Hiddleston). Where will Noah Centineo fall?

If you were ever a teenager who crushed hard on a fictional character, you know that the next step is to do a deep dive into the actor who portrays them. Back in my day, it was by piecing together various magazine interviews. Now, it’s sifting through their social media history. I’ve watched and read every Noah Centineo interview I could find and so far, he is worthy of our affection. He seems sufficiently smitten with his co-star Lana Condor (who is even more deserving of her own online standom) and he doesn’t have any problematic past Twitter or Instagram activity like Israel Broussard, who plays Josh. Good thing no one cares about Josh.

In interviews, Noah is thoughtful and endearing. He hasn’t let the fact that his Instagram followers have gone up to 2.4 million since this weekend go to his head. Here’s what he told W about his sudden IG fame.

“It hasn’t really affected me yet. Whatever the numbers are, it’s just a device, you know? [Laughs.] It’s not like all of a sudden, I have 2.4 million people with me all the time. Nothing’s really changed in my day to day.”

In my Noah Centineo deep dive, I learned that he likes a good inspirational quote, can’t spell for sh-t, and is into speaking his stream of consciousness into his phone via Insta stories. I’m not mad at any of the above because his content feels authentic and it’s mostly adorable. Online presence matters almost as much as the on-screen work of being a Hollywood heartthrob in these times. Social media is work in and of itself. Noah Centineo seems to know this.

“I understand in a business mind-set that people would say that when your following grows it becomes part of your brand and more of a business, and it’s no longer your personal entity. I can get behind that to a certain extent, but at the same time I don’t want to commercialize myself… hopefully the things I’m promoting are altruistic in nature, or for the better of myself and other people around me… I’m currently strategizing the best way for me to leverage my platform, my growing platform, my friends' platforms, to help fight a various group of social injustices.”

We stan a woke bae. One of Noah’s old Instagram videos is going viral and in it, he talks about mental health awareness and substance abuse. Not wanting to “commercialize” himself feels a little naïve but authenticity is good for business. He’s already better at this than he thinks. He’s probably just going to have to scale back on the dirty talking videos (Lainey tried to send me one this morning but it has been taken down, we have problems) fans have dug up from years ago.

Next up, Noah Centineo is starring in Sierra Burgess Is a Loser and The Stand-In with Riverdale’s Camila Mendes. The test now will be whether Noah’s charm extends beyond one impeccably written character or if he’s Gen Z’s new leading man. He seems OK with doing rom-coms for the foreseeable future and that’s a smart move. I’m all for watching Noah Centineo fall in love. I just don’t know if I’ll be able to let go of Peter Kavinsky. In Sierra Burgess Is a Loser, am I just going to be wondering why Lara Jean’s man is making out with another girl? He’s going to have to do a lot to move beyond PETER KAVINSKY. 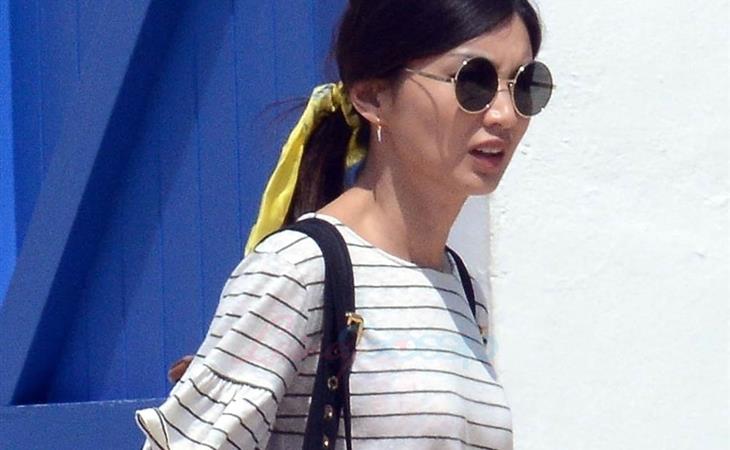