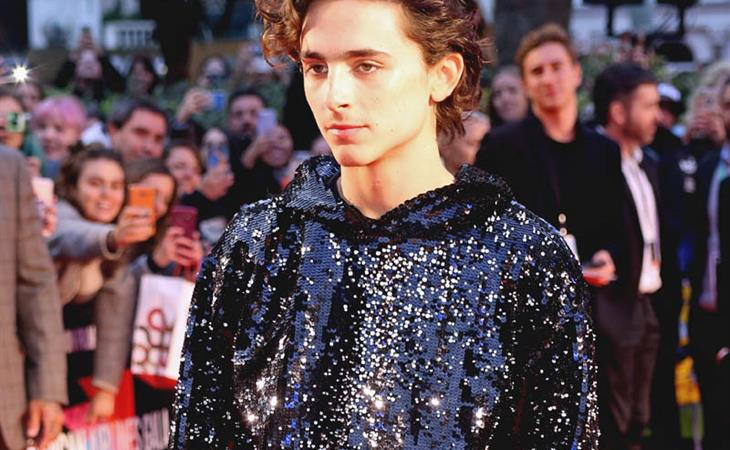 Outfit of the Week: Timothee Chalamet

Timothee Chalamet wore a sequined hoodie to the premiere of The King in London. It makes me want to kiss him – because he’s so pretty but also out of gratitude. He and Chadwick Boseman and Ezra Miller and LeBron James and sometimes even Robert Pattinson are making men’s fashion so interesting.

Clearly Timmy loves fashion. Timmy’s not the one to show up in a boring grey/blue/black suit to a premiere and grumble about hating to be photographed. Well, with a face like his, probably he doesn’t mind being photographed, seriously.

Still, the point is that it’s so great to see a man enjoying fashion this much. And he’s able to do it so that he’s not a try-hard about it either, right? Timmy always looks like he’s comfortable, he cares just enough but not too much. If only my husband could be this into clothes. You know what the extra bonus would be?

A shared wardrobe. I would totally wear this hoodie. I have one that I got last year – not Louis Vuitton but from ASOS. Then I went back from a longer zippered version but by then it was sold out. Moral of the story: do NOT sleep on a sequined hoodie.

Anyway, also attaching photos of Lily-Rose Depp at the premiere. Wish I could give you some shots of them making out but they’re not on the yacht anymore. 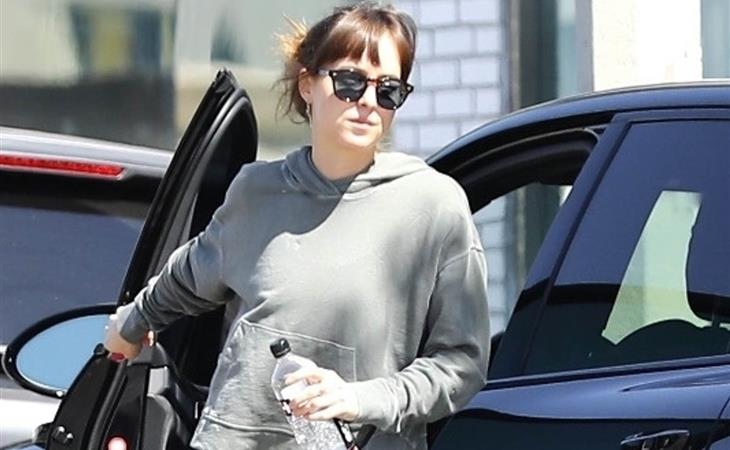 For Your Fitness: Exercises for low mobility