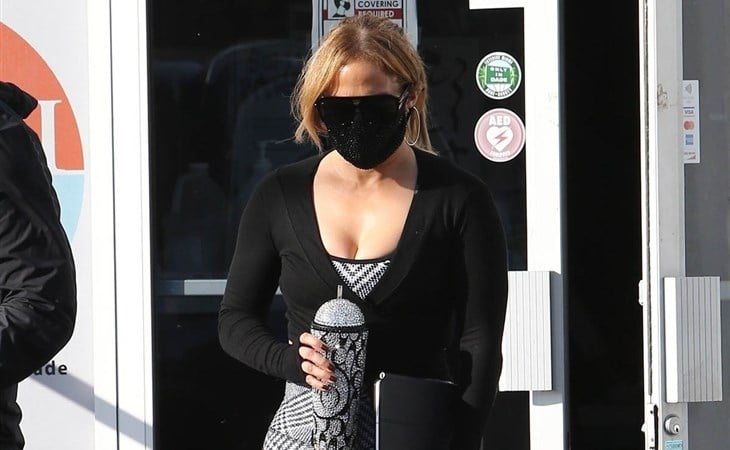 But first, a Jennifer Lopez wedding update – there won’t be one, at least not any time soon because we’re all still in this f-cksh-t. The update here though is that she revealed on Access Hollywood this week, while promoting her new single, “In the Morning”, and her skincare line, that she and Alex Rodriguez actually postponed their wedding not once…but twice.

When you postpone a wedding, do you also rethink the dress? Or do you stay with the same dress throughout? If I have more time for something, I end up overthinking the thing.

As for “In The Morning”, JLo released it for Thanksgiving and had a dance party with her family to celebrate.

It cracks me up that all the teens in the room are actually all hanging out casually and there’s JLo with stage makeup on in an outfit that takes all the light. This is not a criticism. This is admiration of her dedication to her own celebrity glow. That glow has been lighting up Hollywood for 25 years now and Billboard has named her their Women in Music Icon. When they asked her how she wanted to be thought of 20 years from now, her response:

“I will always be Jenny from the Block. I’m the people’s icon. I’m the person that you look at and say, “I can do that because she did it.” I am the person that people relate to, the person who’s down to earth, who’s loving and cries and is caring and tough — all the things you would expect this little Puerto Rican girl from the Bronx to be.”

That’s true in many ways. JLo started out as a backup dancer. She didn’t come up in Hollywood with all kinds of It Girl status. She has hustled her way to where she is – and we’ve all seen it: JLo doesn’t quit. But this is also true in the sense that she hasn’t had to dim herself to be taken seriously. She’s a popstar. She makes rom-coms. She’s isn’t “above” anything, which basically means she can do everything: film, music, scripted television, non-scripted television… which through my personal lens, I see as an immigrant (or outsider) approach to celebrity. This is why, sure, even though she’s become JENNIFER LOPEZ, there’s never the sense that she’s one of those artists who looks down on any kind of work, who wouldn’t deign to do this, that, or the other.

But now can we just yell at this bitch because the photo accompanying her Billboard Icon piece is… RIDICULOUS. Look at her!

As for the Outfit of the Week, it’s her gym outfit, specifically the print. Like a tweed print. With double stripes down the side to break it. And a matching tank bra. I don’t know that it’ll get me to start working out again but it’s cute AF.