Pretty Little Liars gets a spinoff

It has been three months since the series finale of Pretty Little Liars. It has been three months since I screamed obscenities at my television and threw my remote across the room at the Big “A” Reveal. For those of you who are real grownups who never watched PLL, the twist involved an evil twin and a British accent (cockney, I think?) that even Troian Bellisario couldn’t pull off. Spencer Hastings deserved better. We all deserved better.

PLL showrunner I. Marlene King may be attempting to redeem herself because it was just announced that she will be helming the official Pretty Little Liars spinoff that will focus on the Sasha Pieterse and Janel Parrish characters Alison DiLaurentis and Mona Vanderwaal. At least they chose two of the most conniving and entertaining mean girls in Rosewood – and let’s be real, the two actors least likely to land post-PLL careers. The last time we saw Mona, she was living her truth running a creepy doll shop in Paris holding Evil British Twin and Mary Bad Wig Drake hostage in the basement. Classic Mona. As for Alison, she’s supposed to be living happily ever after with Emily and their twin babies, neither of which are British or evil, as far as we know. Since Shay Mitchell has signed on for a new Lifetime series, I doubt Emily is going to make an appearance on Pretty Little Liars: The Perfectionists. Pour one out for #Emison.

The show will be based on the book series The Perfectionists by Sara Shepard and here’s how Freeform describes the premise:
"Everything about the town of Beacon Heights seems perfect, from their top-tier college to their overachieving residents. But nothing in Beacon Heights is as it appears to be. The stress of needing to be perfect leads to the town’s first murder. Behind every Perfectionist is a secret, a lie and a needed alibi."

Replace Beacon Heights with Rosewood and this show literally has the exact same synopsis as Pretty Little Liars. Can you still call it a spinoff if it’s just the same show in a different location with different characters but also some of the same characters? How are they going to explain Mona and Alison’s presence in Beacon Heights? If Beacon Heights is close to Rosewood, how come we’ve never heard of it? I’m getting flashbacks to PLL’s first failed spinoff Ravenswood. Please don’t make us re-live Ravenswood.

Vulture has just as many questions about this spinoff as I do but they also provide some clarity on the show’s murder mystery.

The novel tells the story of five high-school girls who mocked up a murder plot to take vengeance on a boy who wronged them, but when he actually turns up dead, they become key suspects in the investigation and have to find out the truth to save themselves.

Wait – this actually sounds kinda amazing. Vulture has preemptively pegged the show a “Nancy Drew–meets–John Tucker Must Die teen drama.” OK, I’m sold. What can I say? I’m easily persuaded and I’ve never met a teen drama I didn’t want to f-ck with. Here’s hoping the cast is more diverse than its predecessor (for the record, I know both Troian and Shay are mixed raced – two mixed girls does not a diverse cast make).

Let’s get back to yelling about how batsh-t crazy the PLL finale was. SPENCER HAD AN EVIL BRITISH TWIN THE WHOLE TIME. WHAT IN THE ACTUAL F-CK? If you are a grown ass women like me who needs to vent your frustrations about the finale and confess that you’re low-key excited for this spin-off, please email me. Tweet me. You are not alone. 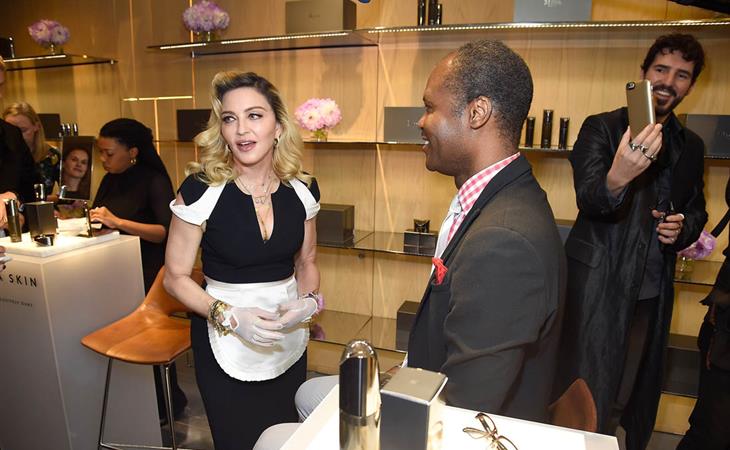