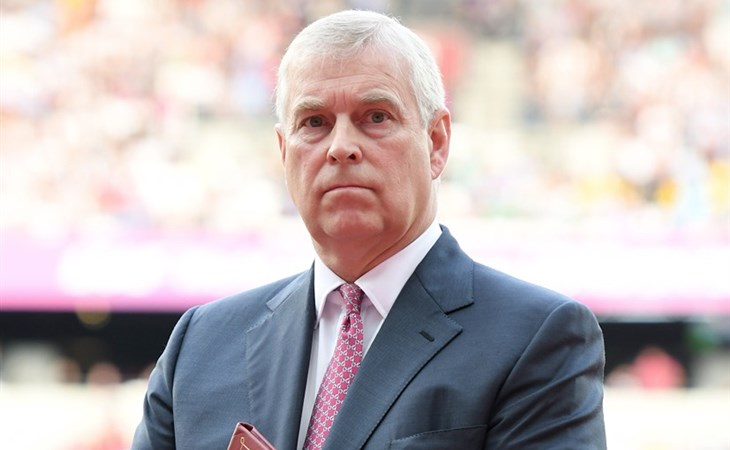 Team Andrew on the Unfair Treatment of Prince Andrew

I mean, let’s just all go ahead and get the LOLs out of the way.

These are bitter LOLs though. You’ll learn why soon.

Prince Andrew was reportedly ordered by US authorities to provide testimony in the ongoing investigation into the crimes of his friend, the dead rapist pedophile Jeffrey Epstein. I just want to repeat that sentence: Prince Andrew was friends with Jeffrey Epstein, the convicted sex offender and accused sex trafficker who had to plead the fifth in deposition when he was asked whether or not he’s ever received the gift of a 12-year-old girl as a birthday present. (Watch Filthy Rich on Netflix.)

Anyway, that was the early Prince Andrew headline that dominated at first. But there’s more to the situation. The BBC has a full summary of it and I encourage you to read it to get as complete of an understanding as possible of the situation. In short, Geoffrey Berman, US Attorney for the Southern District of New York claims that his office has repeatedly requested Prince Andrew show up and help them with the Epstein case and that he has declined. Andrew’s legal team, however, is saying that Berman is grandstanding.

They added: "The Duke of York has on at least three occasions this year offered his assistance as a witness to the DoJ.

"Unfortunately, the DoJ has reacted to the first two offers by breaching their own confidentiality rules and claiming that the duke has offered zero co-operation. In doing so, they are perhaps seeking publicity rather than accepting the assistance proffered."

So it’s a lot of legal dick swinging. Where it stands now is that, per the BBC:

“The DoJ has made a formal request to speak to the prince as part of its Epstein inquiry, by submitting a mutual legal assistance (MLA) request to the UK Home Office.

Under the terms of a MLA request if Prince Andrew does not voluntarily respond, he can be called to a UK court to answer questions.

The duke's lawyers described the request as "disappointing" because the Duke of York was "not a target of the DoJ investigation and has recently repeated his willingness to provide a witness statement".

Here’s where it gets outrageous though: Prince Andrew’s legal team is now trying to frame this as an example of injustice. INJUSTICE!

They’re saying he’s being treated unfairly! Part of the statement from lawyers read as follows:

"Far from our client acting above the law, as has been implied by press briefings in the US, he is being treated by a lower standard than might reasonably be expected for any other citizen. Further, those same breaches of confidentiality by the DoJ have given the global media - and, therefore, the worldwide audience - an entirely misleading account of our discussions with them."

Let me screencap that for you just in case that quote mysteriously disappears if enough people rage about it, because it is indeed outrageous:

Just to be clear then, Prince Andrew’s lawyers are representing a member of the British royal family, the favoured second son of the monarch, Her Majesty Queen Elizabeth, and their position is that he is being TREATED BY A LOWER STANDARD THAT MIGHT …BE EXPECTED FOR ANY OTHER CITIZEN?!?

Are you angry? I’m angry.

This royal, this privileged prince – which is redundant, I know – has the best lawyers at his disposal, he can afford top legal advice, and those people are currently acting on his behalf, they have helped him avoid answering to US investigators in the case of Jeffrey Epstein, HIS FRIEND, who raped and trafficked girls.

And now he’s saying he isn’t receiving equal treatment under the law?!?!

You know who doesn’t receive equal treatment under the law? Black people, Indigenous people. And for two weeks, the world has been in an uproar, there have been protests in major cities including London, because Black people continue to be murdered by law enforcement – and this bitch is out here complaining that HE’s the one being treated by a lower standard?

Throw a pity party for f-cking Prince Andrew because equality doesn’t apply to him, OK? London's Met police not investigating Jeffrey Epstein and Ghislaine Maxwell because they are connected to Prince Andrew, according to Channel 4 News

Prince Andrew, living a stress-free country life, has a laugh while riding his horse in Windsor